I was about to give up. I decided that after a week of nothing - the family members had gone their separate ways. I set up the camera about 5:45 and started my hour wait - and at 6:10 Susan appeared - quite timid - more so than when she was with her brothers or mom. I was happy - so now what happens tomorrow? Music by Josh from Greedyman Productions

A short summary of following Bebe and her kids. I've been following them every day except Thanksgiving - waiting at least an hour. When they appear, I post photos and a video of that day's adventure. Nov 11 - I first encountered the family living in a tree (recently blown down by a storm). I watched her enter and exit her tree home and starting making videos. I placed a breakfast bowl at the base of the tree - and after a few long waits (1 hour) she took a cue from my appearance and came to breakfast within 5 min of my arrival Dec 26 - She moved the kids to a new home deeper in the forest. She continued to come (alone) for breakfast until Jan 30. I assume she was still nursing her kids during this interval Jan 30 - her first appearance with the kids and the beginning of erratic appearance schedule - 2 - 3 times/week with all 4 kids. March 19 - She continued to come with the 4 kids (only 2 exceptions) for breakfast through March 19 - and then something changed. March 31 - only 2 kid appeared April 3,4,5 - kids came alone and were a bit shy. April 6 - Mom (Bebe) appeared with another large raccoon. I assume her new boyfriend - and she aggressively chased the kids away. This, in retrospect, was probably kicking them out of the nest - tough love!! April 10 - kids did not appear until today - April 18 - when Susan, the small girl kit - appeared along and quite shy.

Billy and his sister for breakfast

Billy and his sister, Susan, appeared as soon as I showed up. They were not at all timid - here are the sounds of two happy raccoons

Then Billy was curious about my light setup 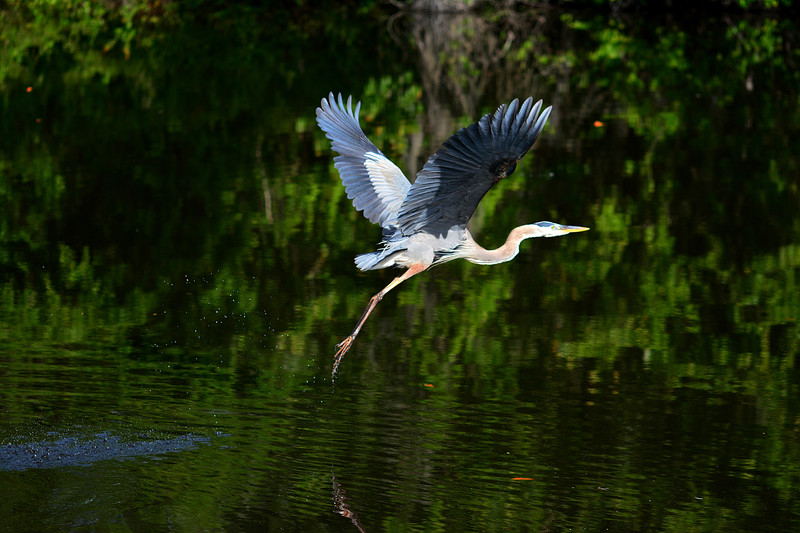 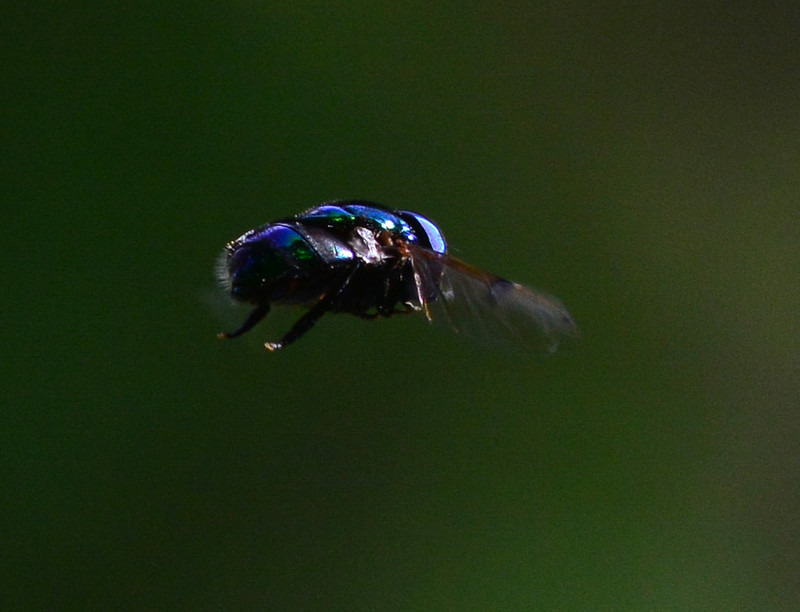 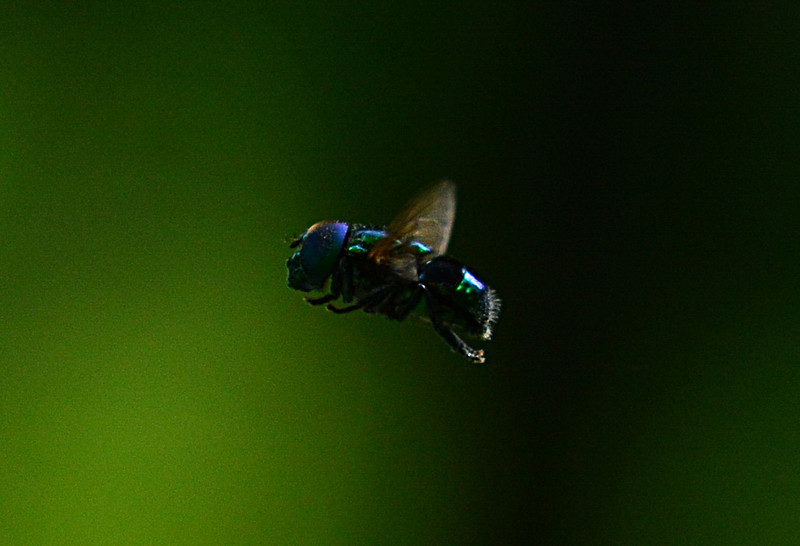 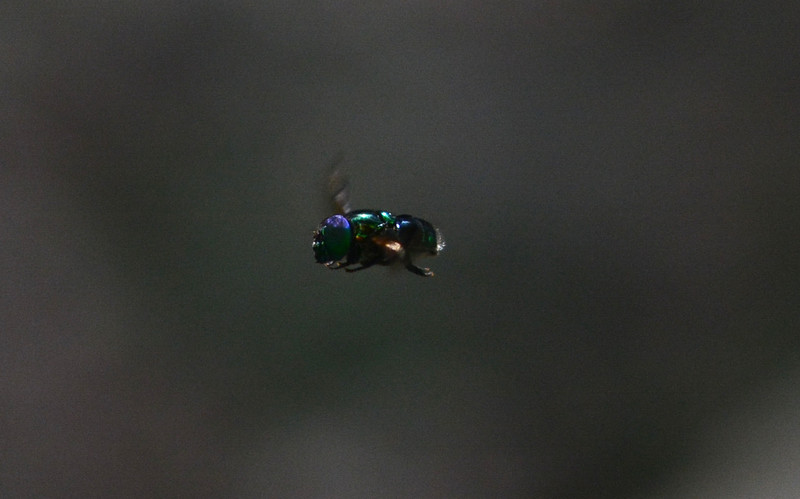 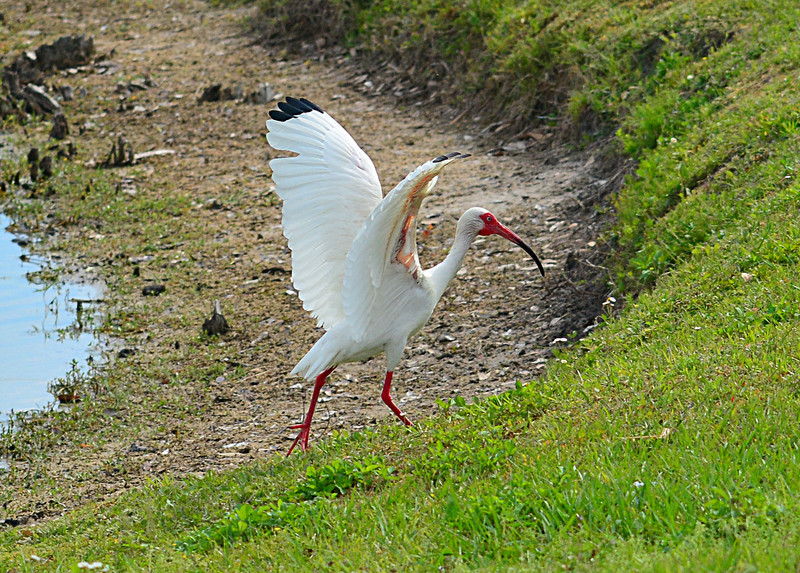 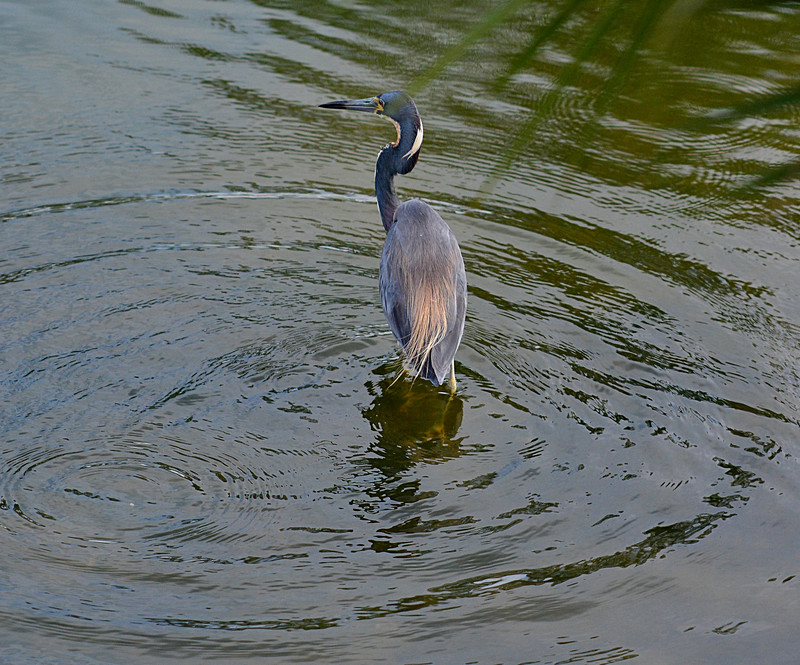 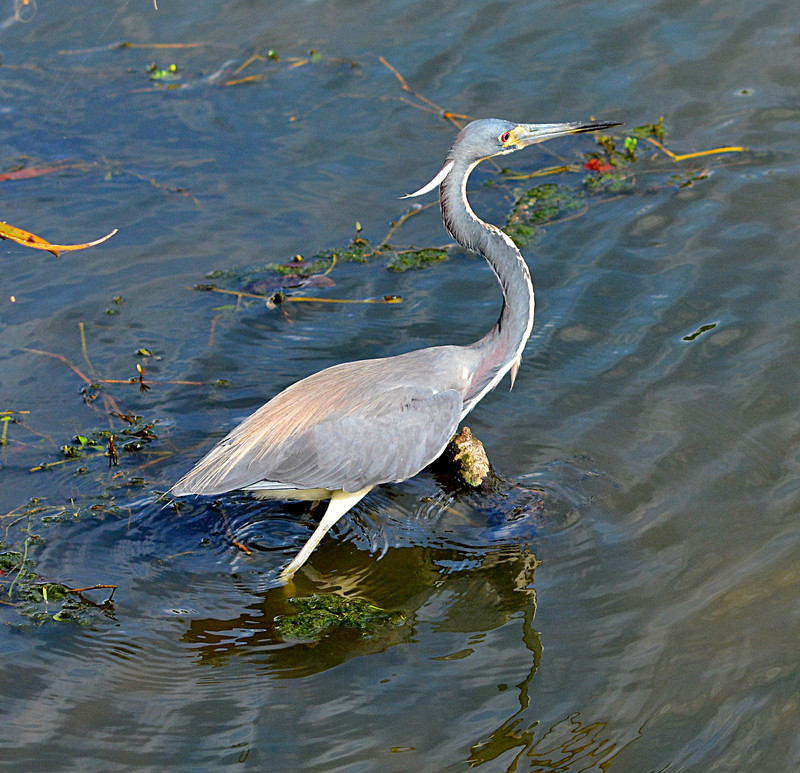 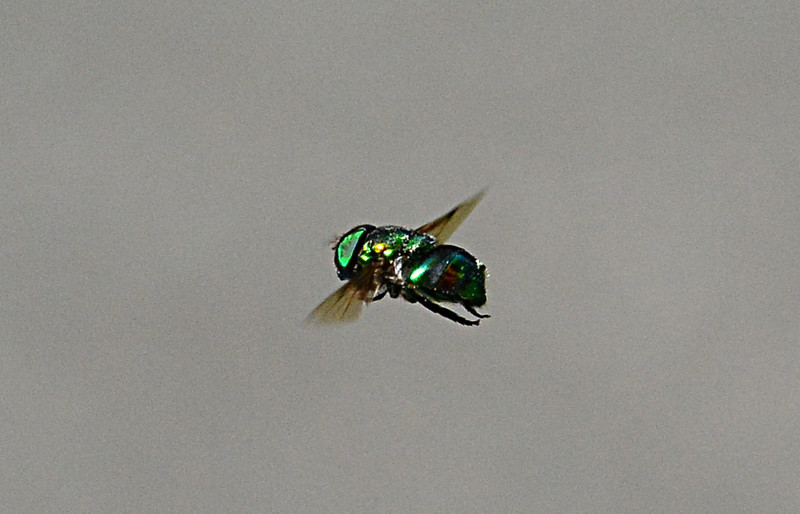 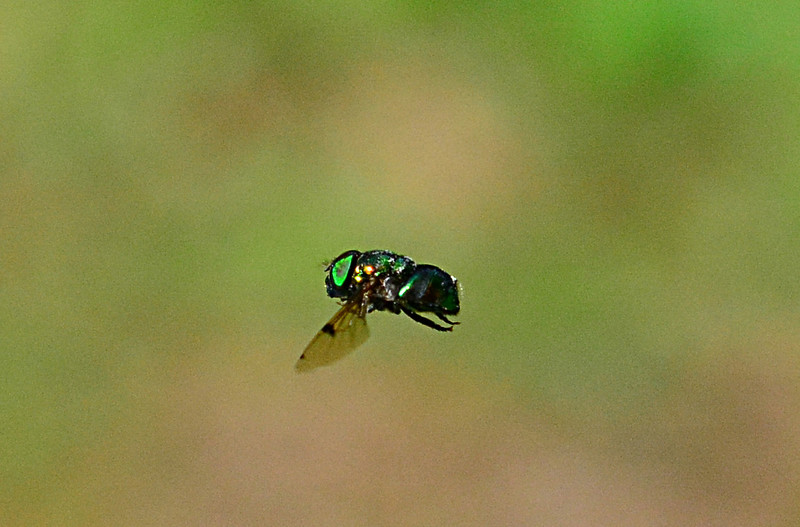 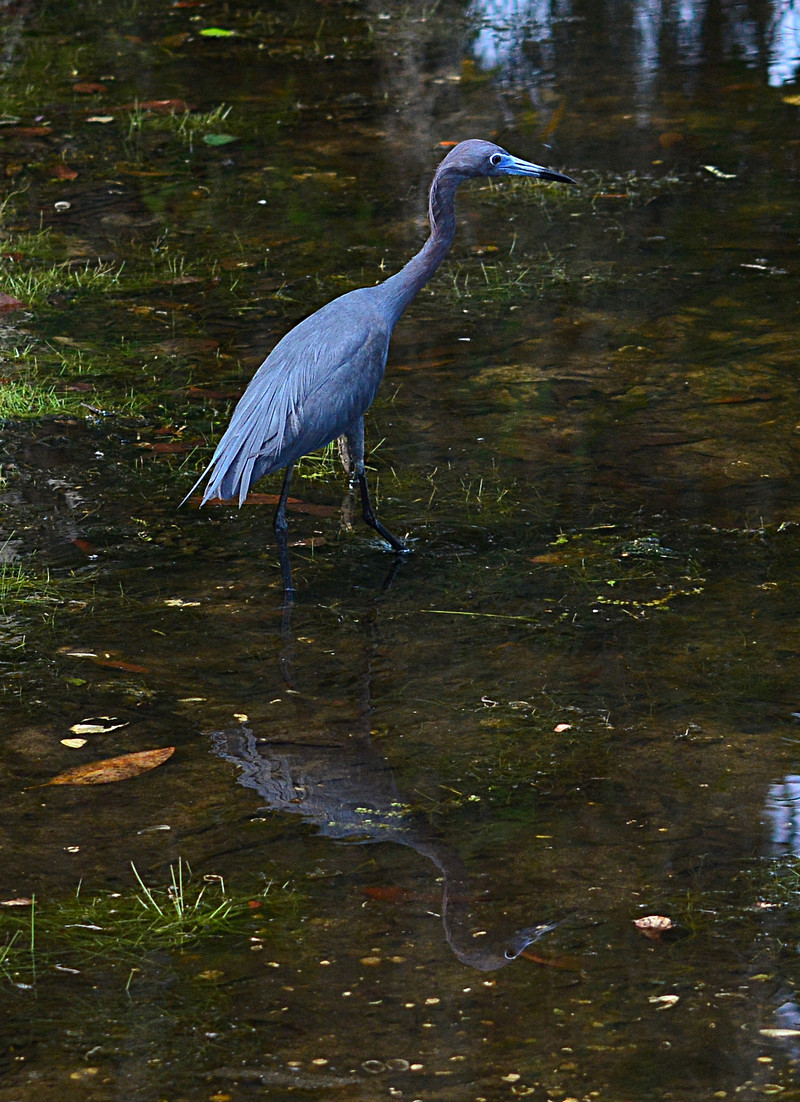 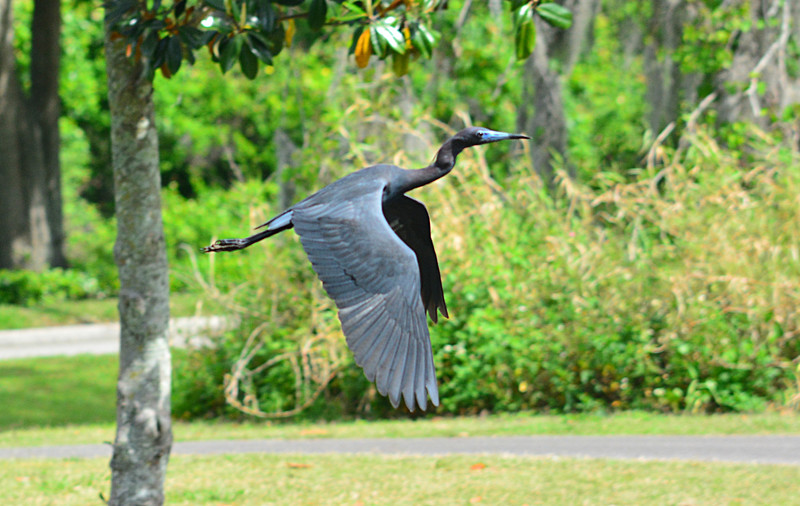 A little blue heron flew over a golf cart 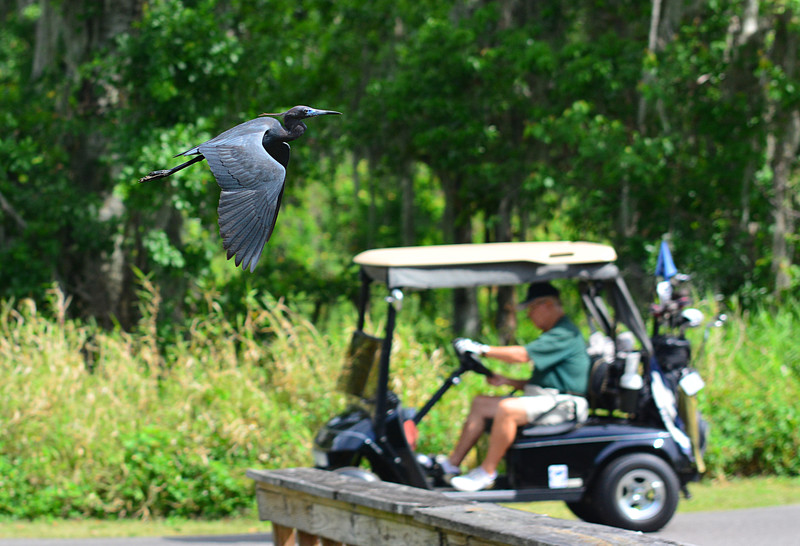 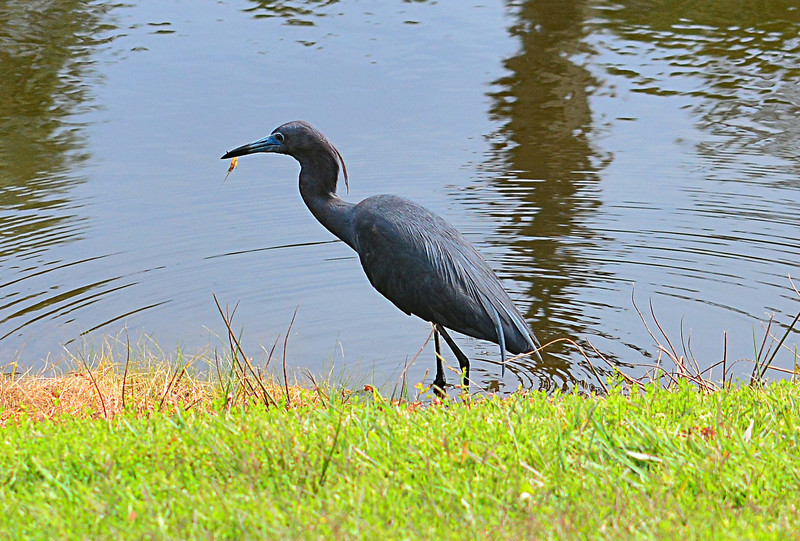 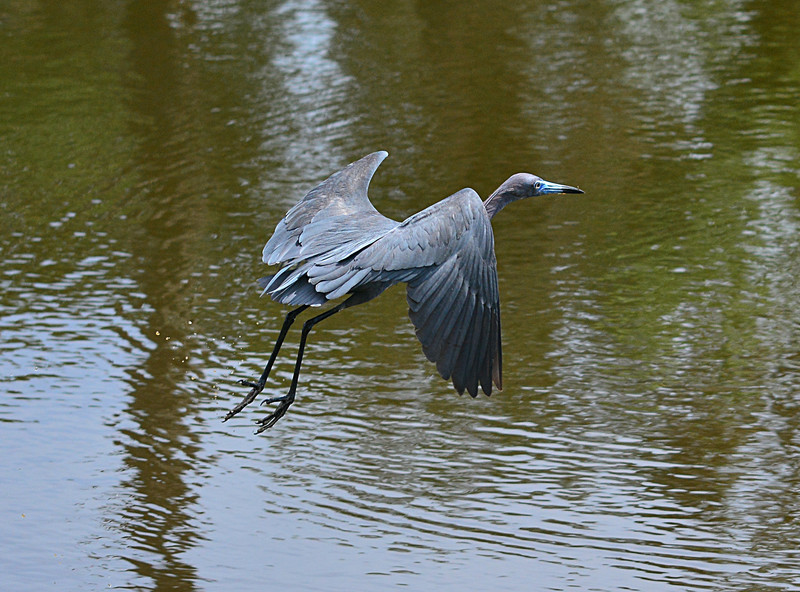 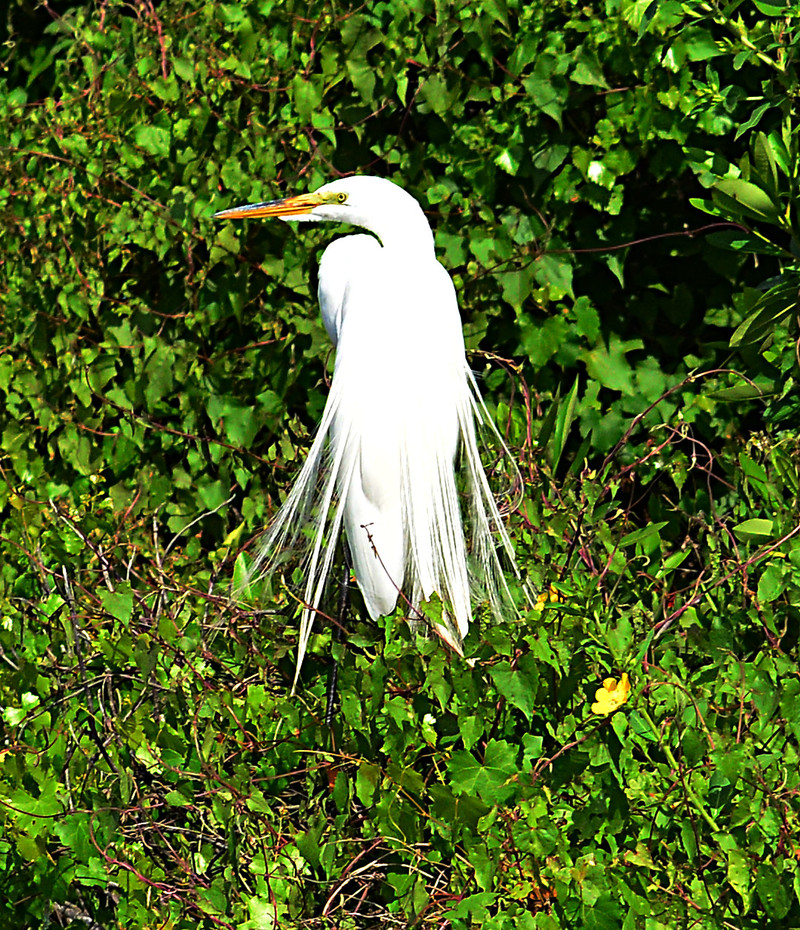 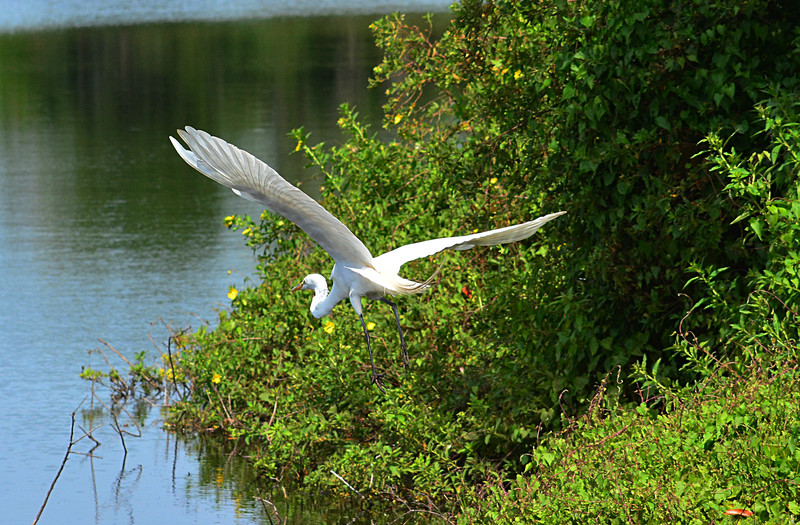