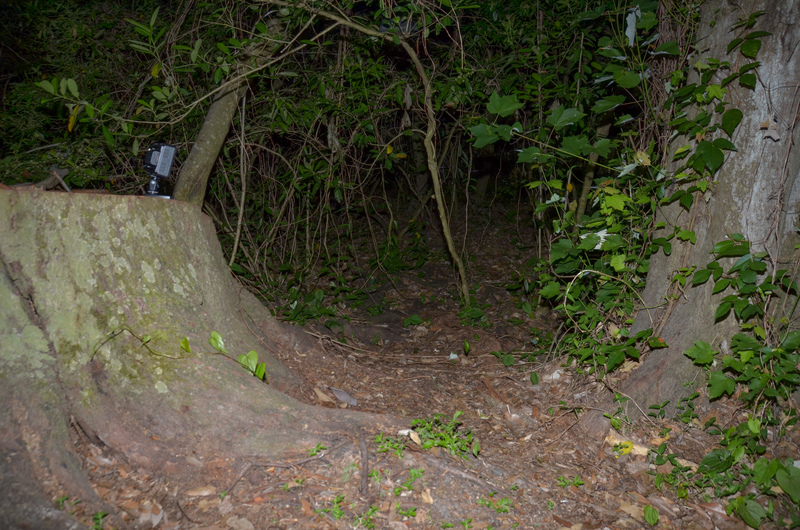 Setting up - she sniffs my new LED light

This morning, Susan came alone. She approached me from behind (not from the forest bordering the lake. When anyone came along the path, she retreated behind the tree on the right - instead of back into the forest. As with Sunday - she climbed the tree stump and inspected my LED light. She was in no hurry as she ate about half her breakfast bowl. She departed to somewhere behind me - supposedly another one of her homes.

Susan on the alert 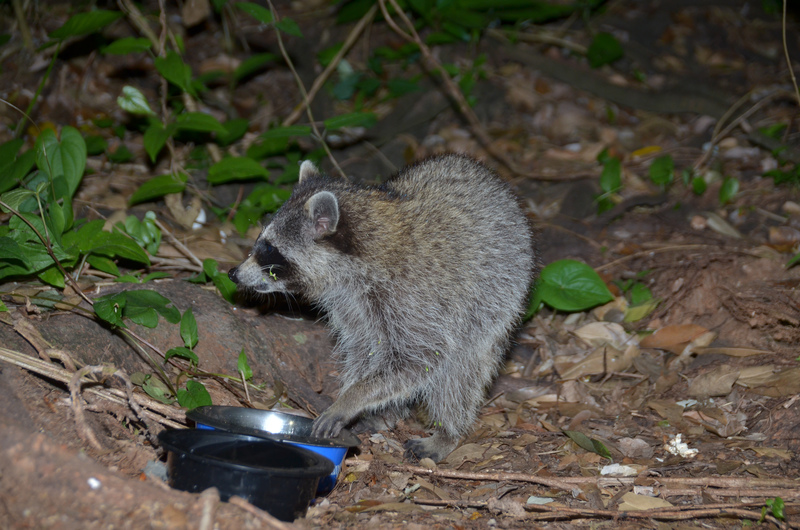 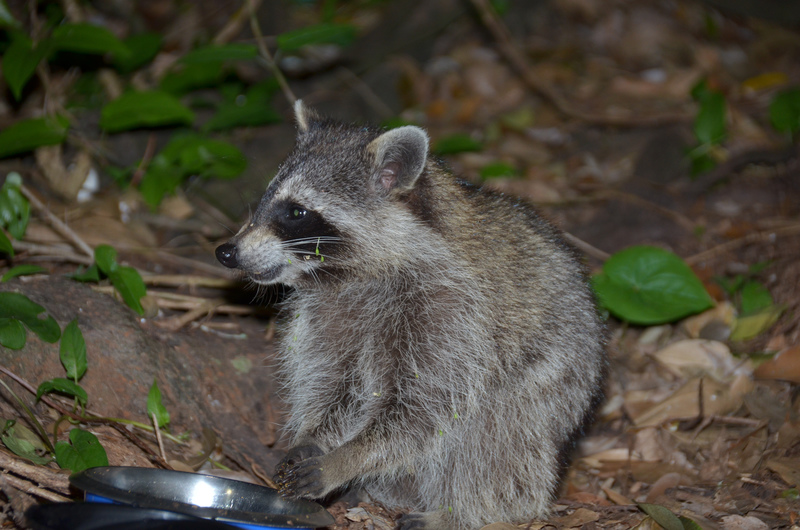 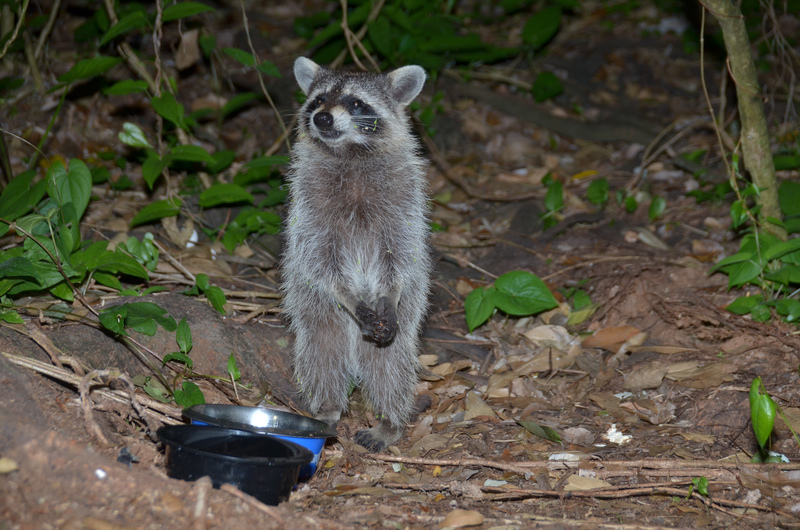 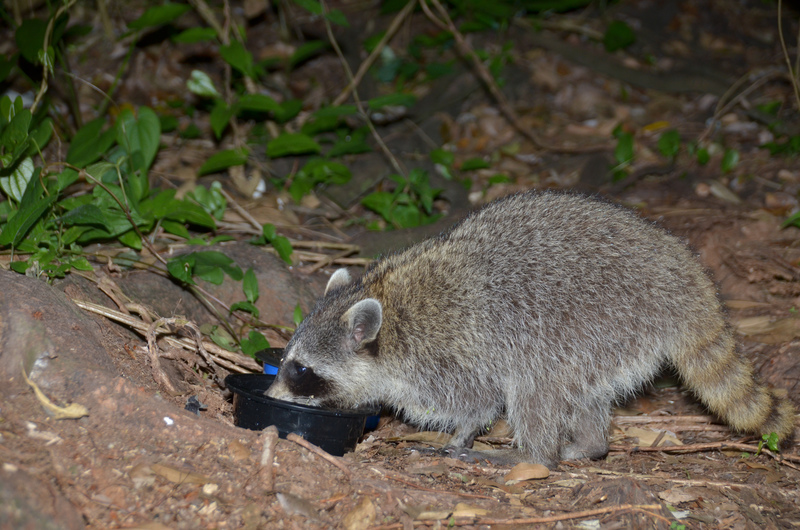 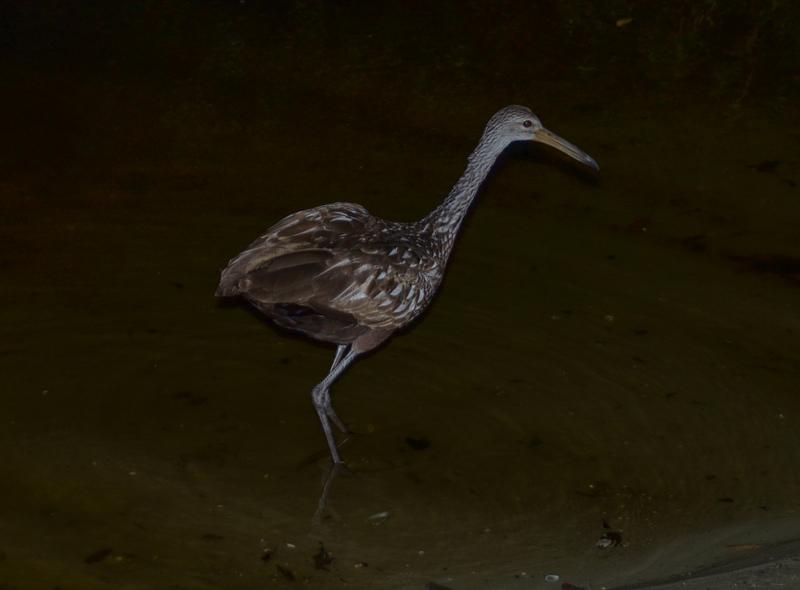 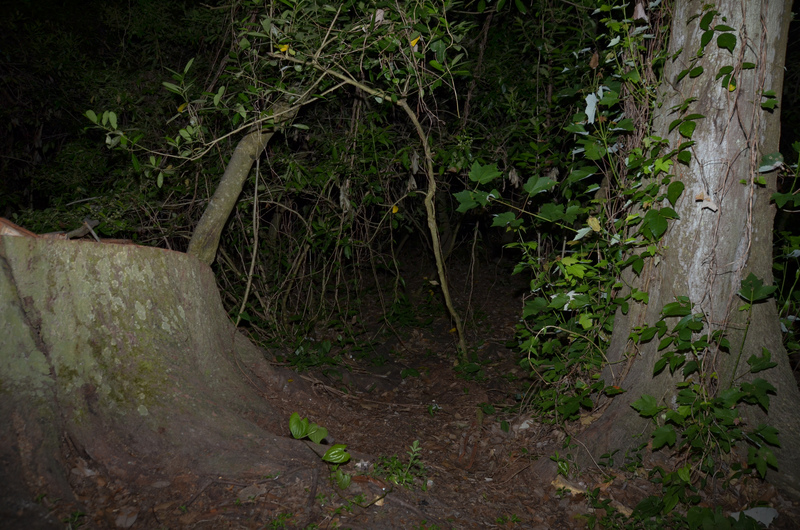 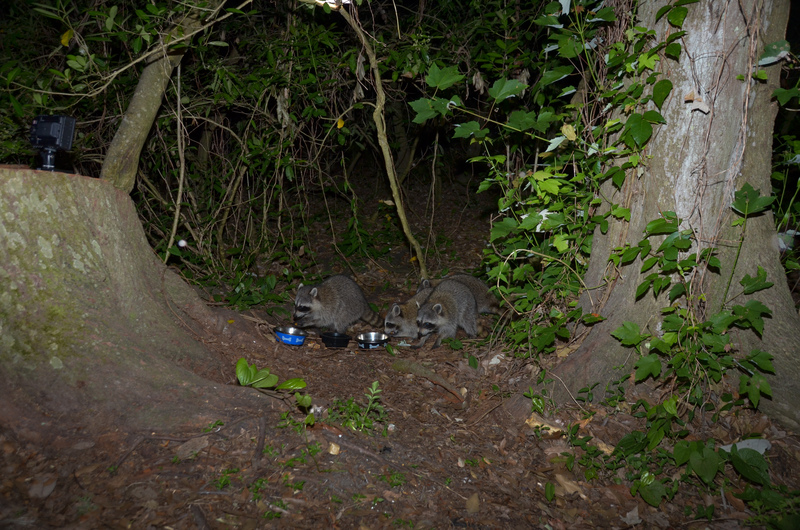 April 9 was the last time the 4 kids came as a group. I arrived at 5:45 and they were waiting for me and I finally managed to get everything set up. There were sniffing all around my carry bag - I suppose a bit anxious to get on with breakfast. They finished at 6am - probably a fast breakfast for them 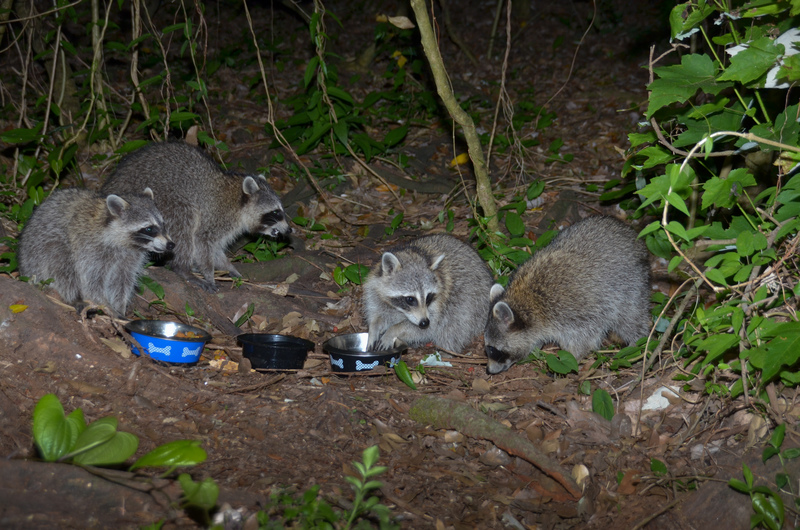 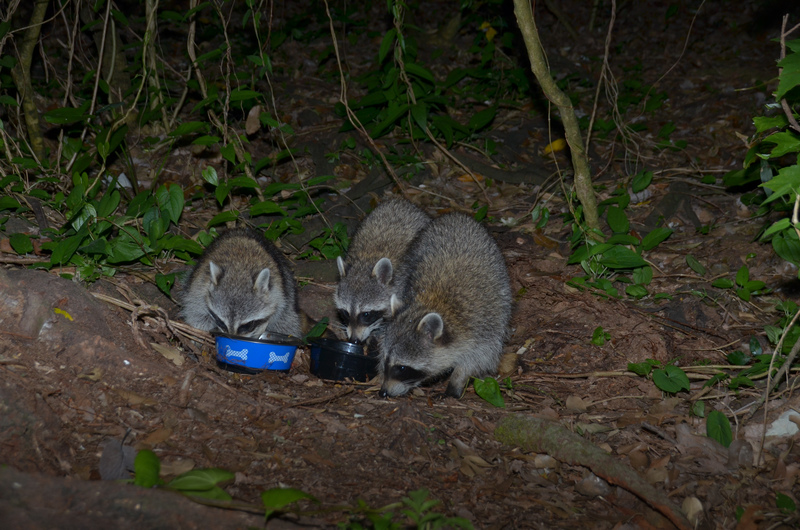 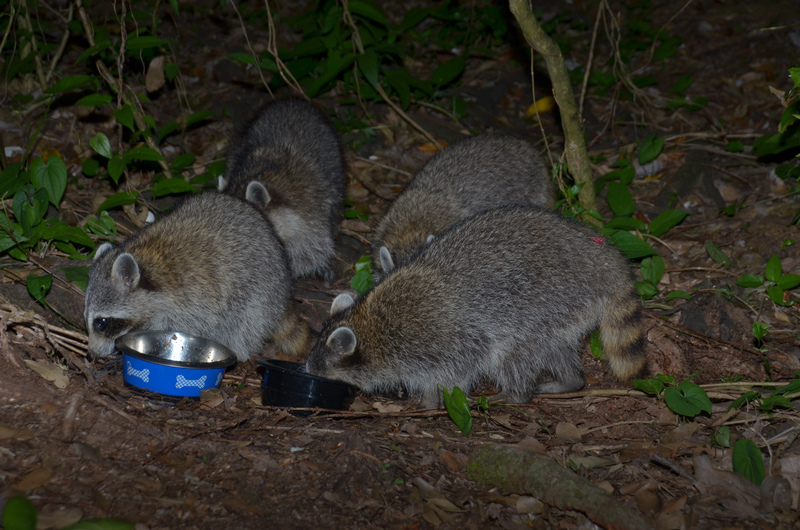 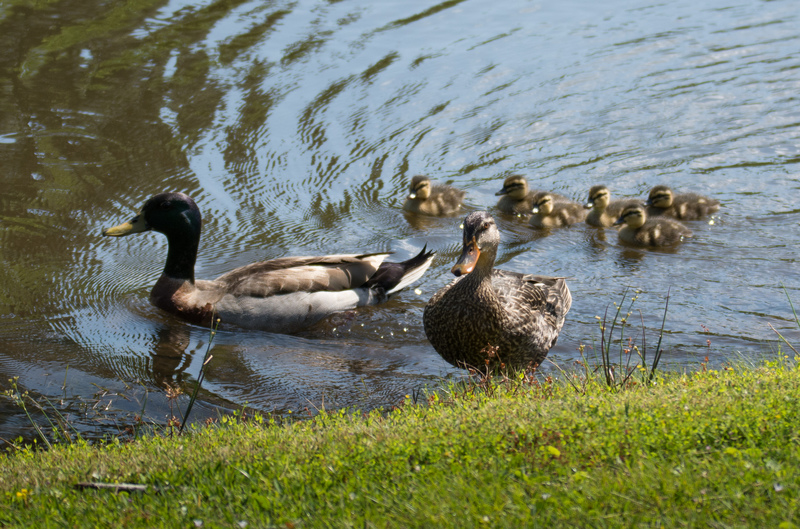 The duck family with new ducklings and mom carefully watching 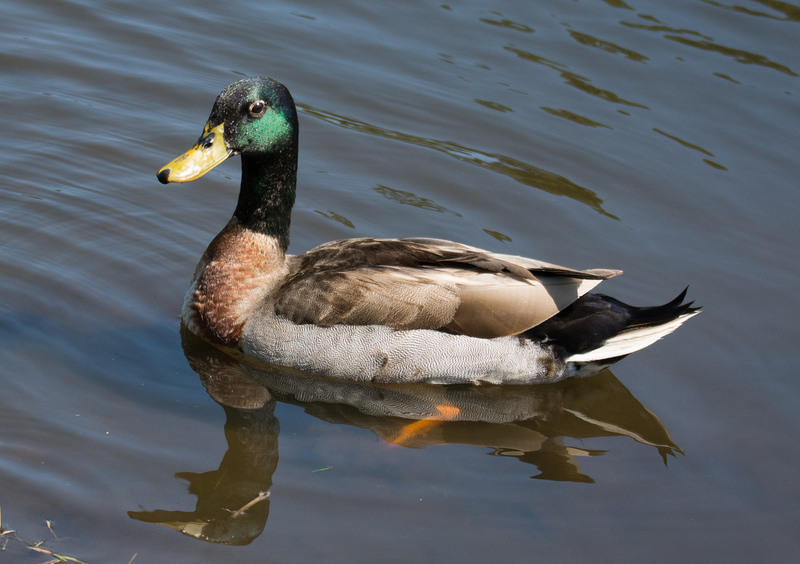 Mom and her chicks 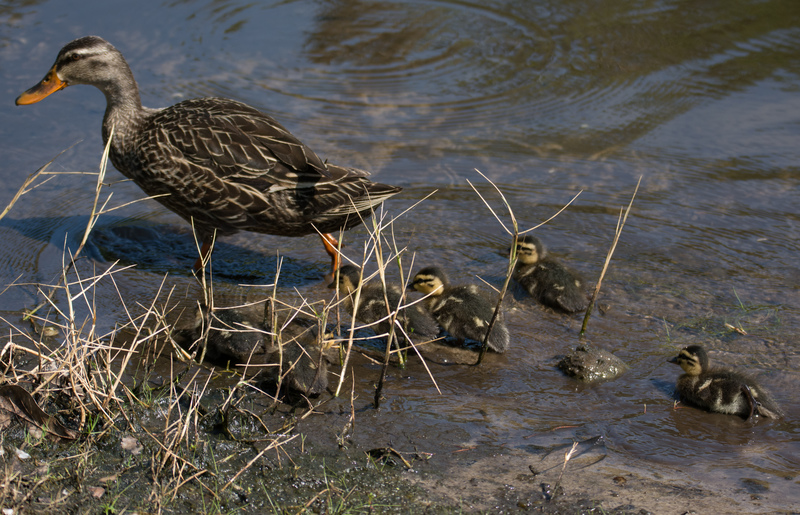 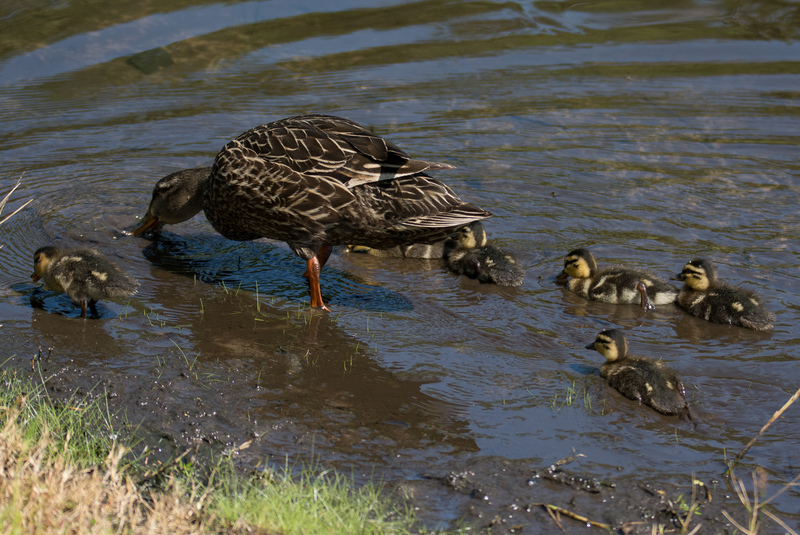 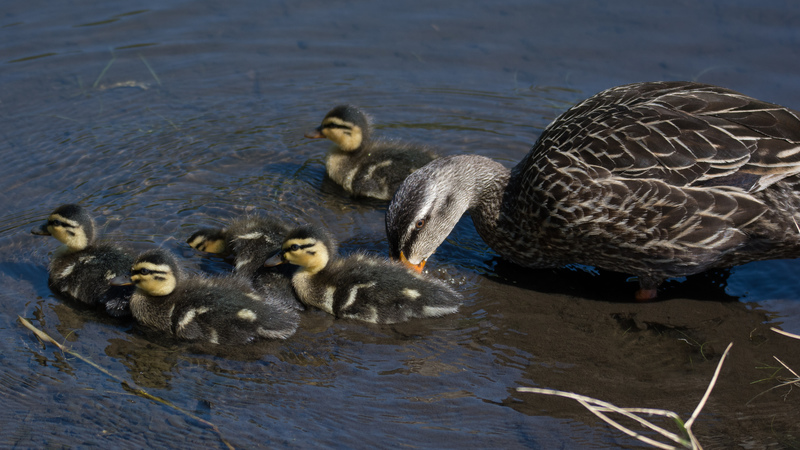 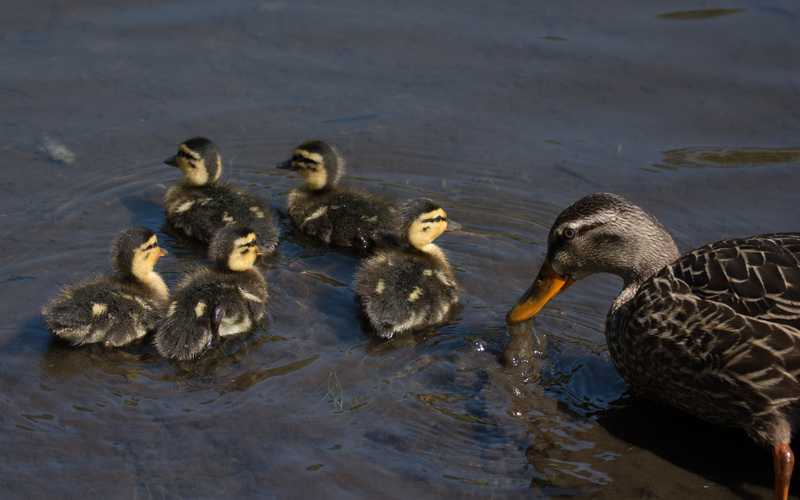 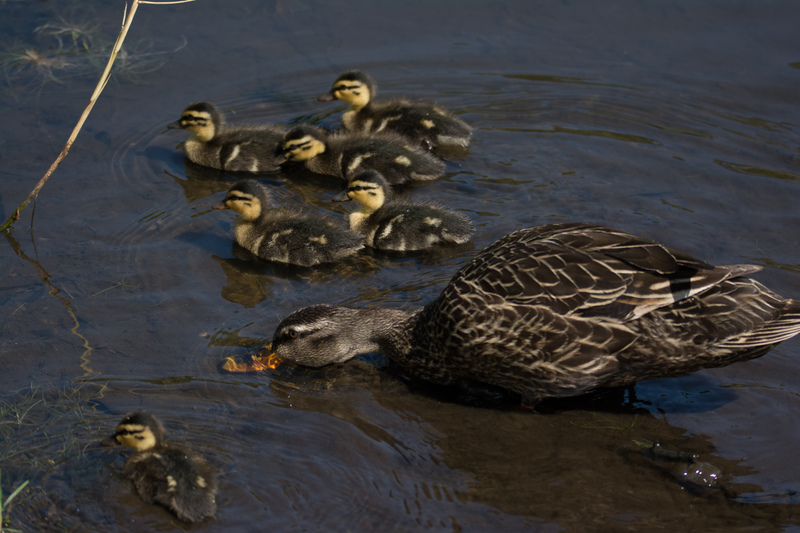 Mama and her chicks 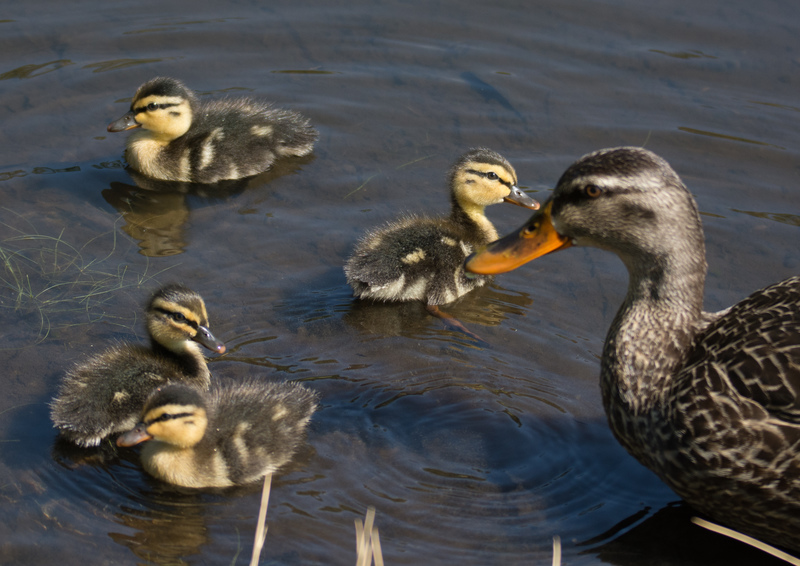 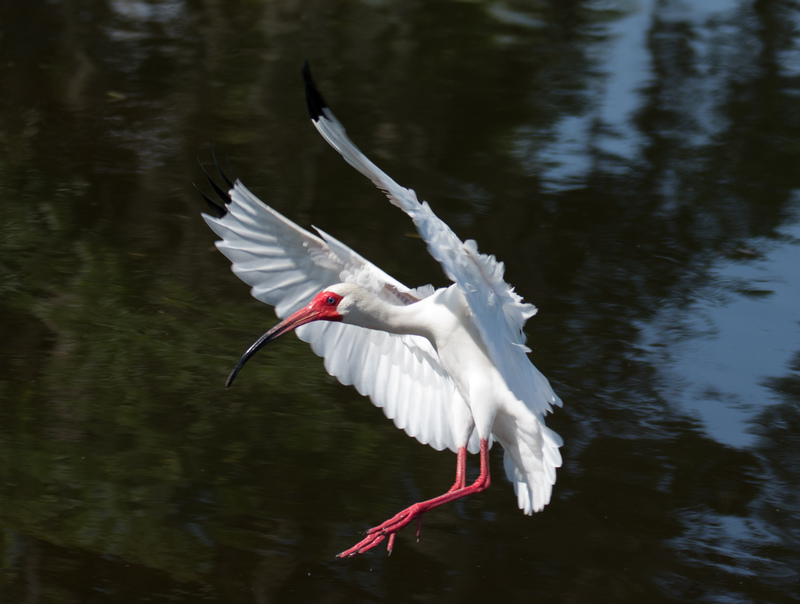 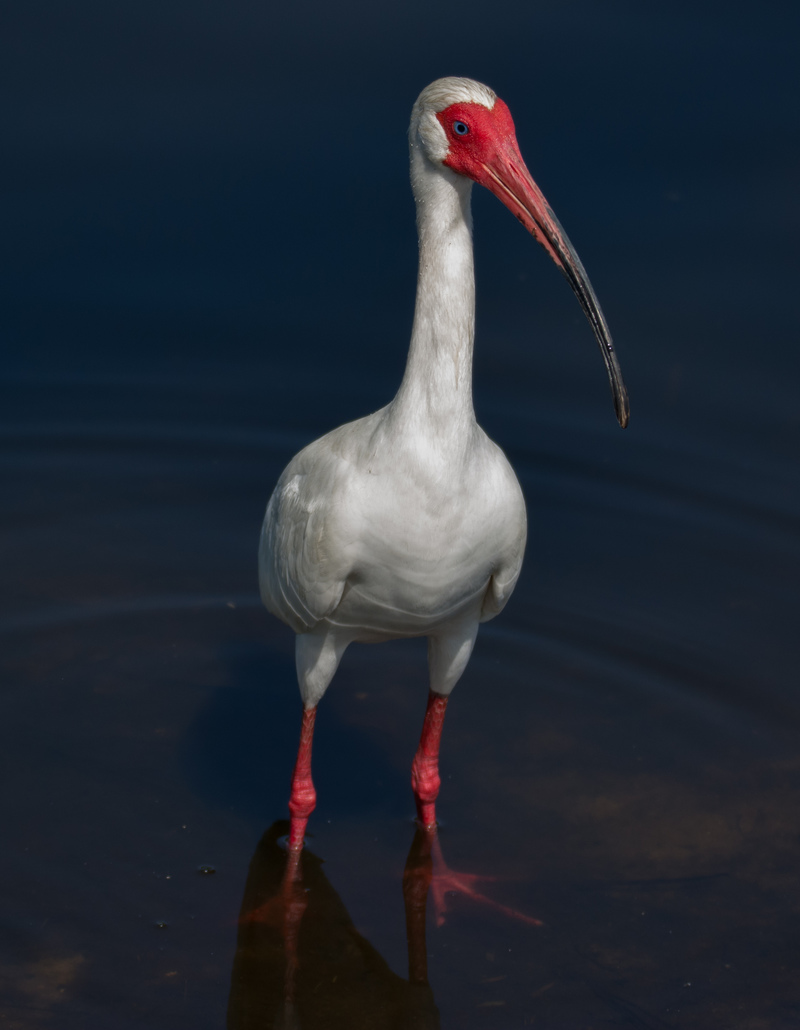