This morning, I visited my Queenstown Secondary School observatory - expecting to find our juvenile Nephila. She was gone. But I found another twig spider - Miagrammopes. So I watched her some, gently nudged her to watch how she responded and in general, just enjoyed her quite time.

This lady is pure camouflage. Looks like a twig, and most of the time acts like a twig. Here is the context - a small Miagrammpoes holds the strand with her front legs. This maintains tension in the strand and she will release the strand when an insect collides with the strand. The curvature in her front legs, I suppose, is so that her claws are correctly oriented for holding the strand. What fascinates me is that the prey catching process involves many steps. Did each step develop independently or was the sequence of steps somehow preprogrammed into her DNA? 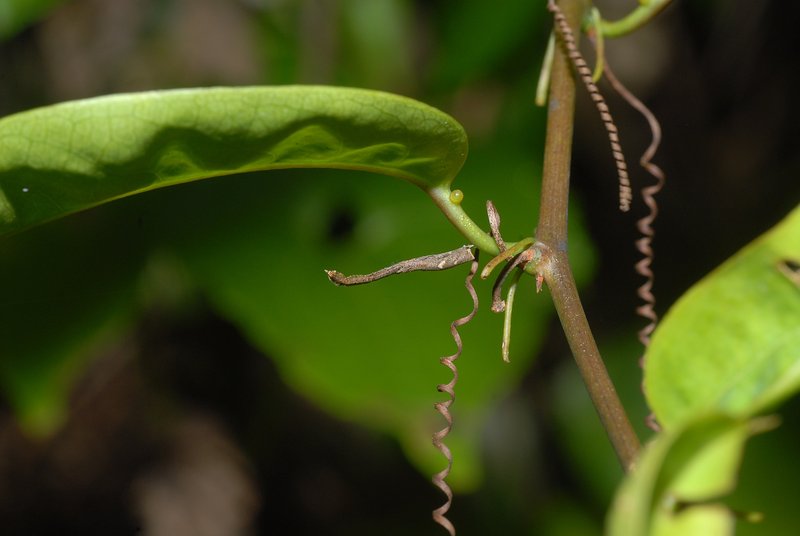 A closer view where the femoral trichobothria (vertical white hairs that act as wind sensors) can be fainly seen. 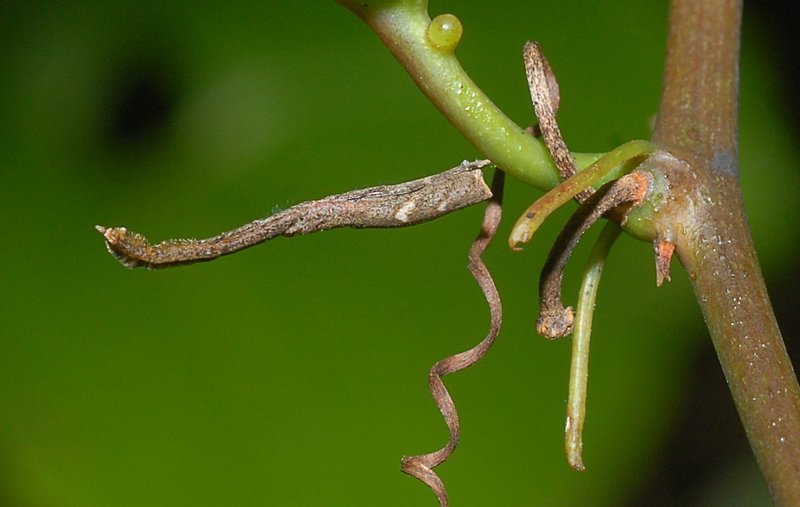 Here she is almost vertically oriented. Easily seen are the two front legs and one eye. It is surprising that her front leg length almost equals that of her cephalothorax + abdomen. 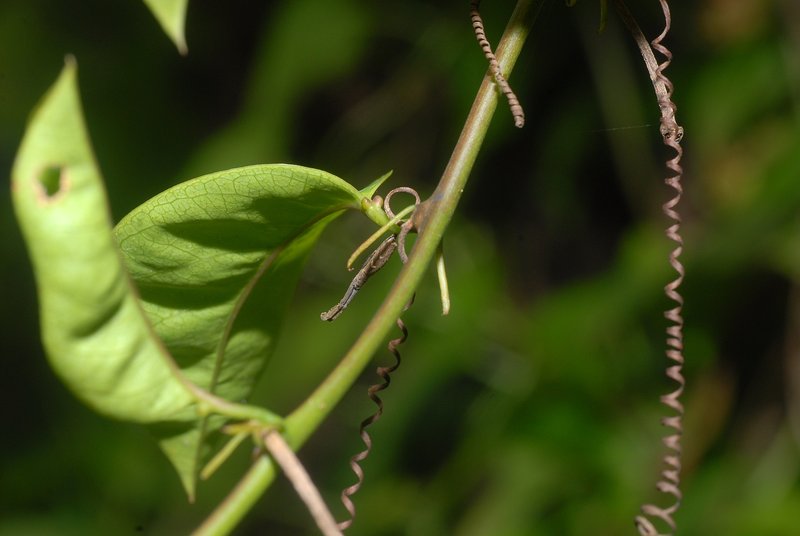 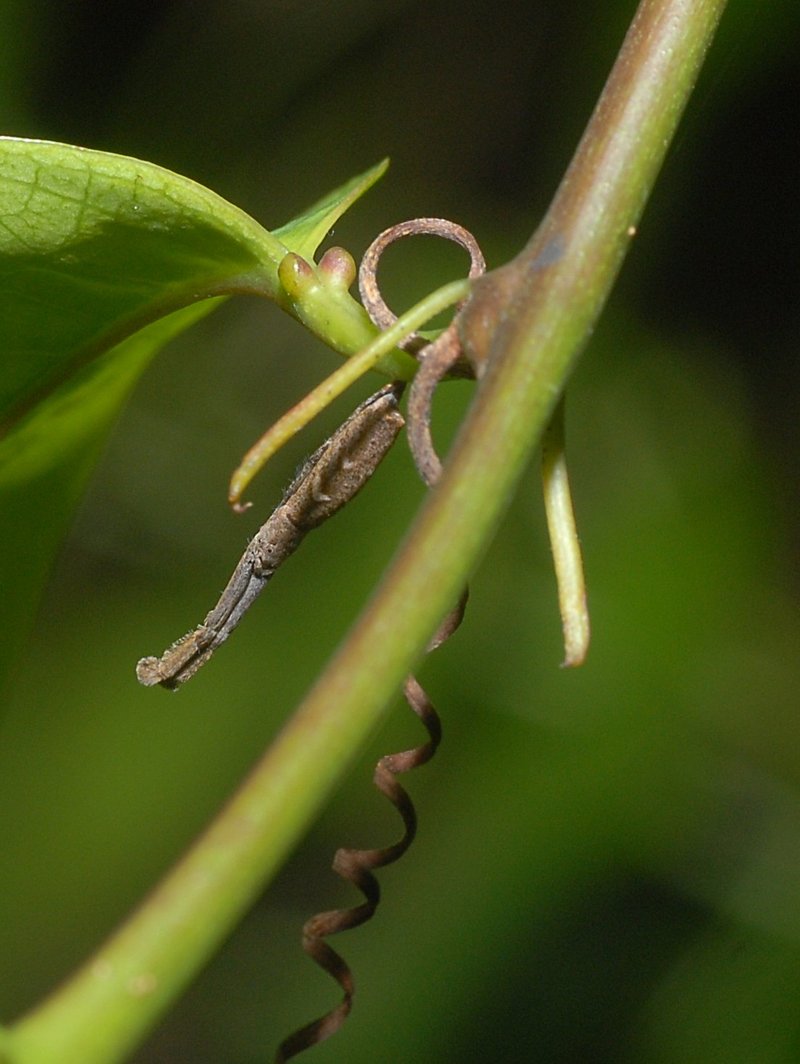 She moved away from the vine 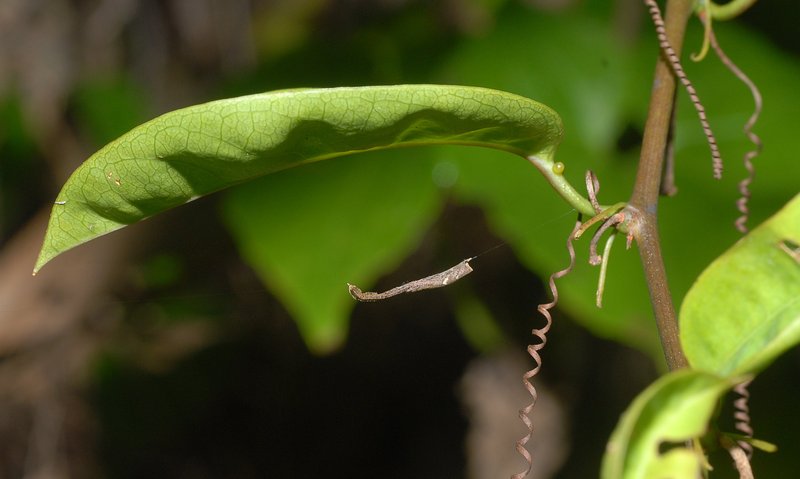 She has reversed orientation and her front legs now point toward the vine. Other legs are more visible. 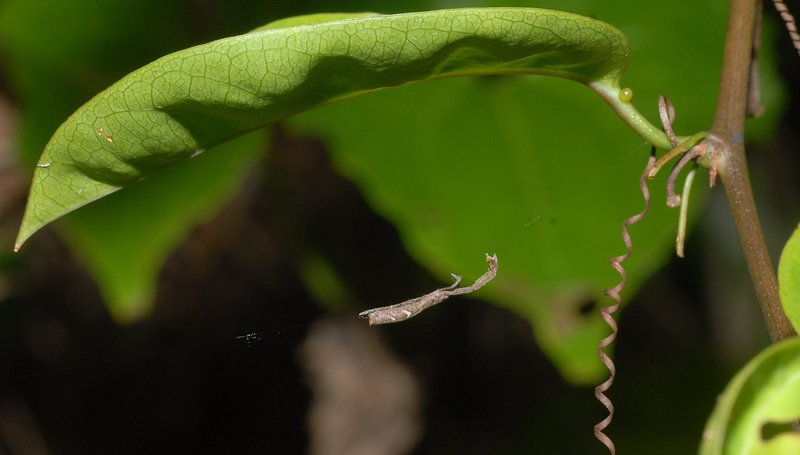 Another close view where you can barely see the strand held by hew claw (left side of the photo). 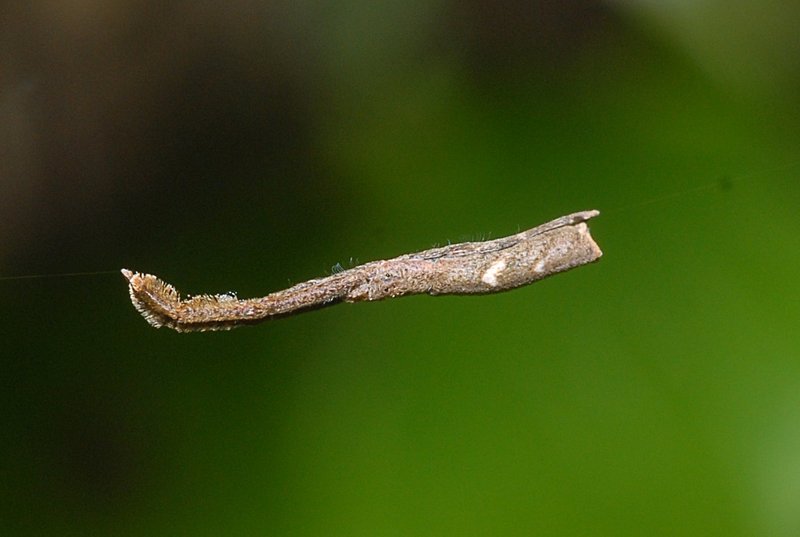 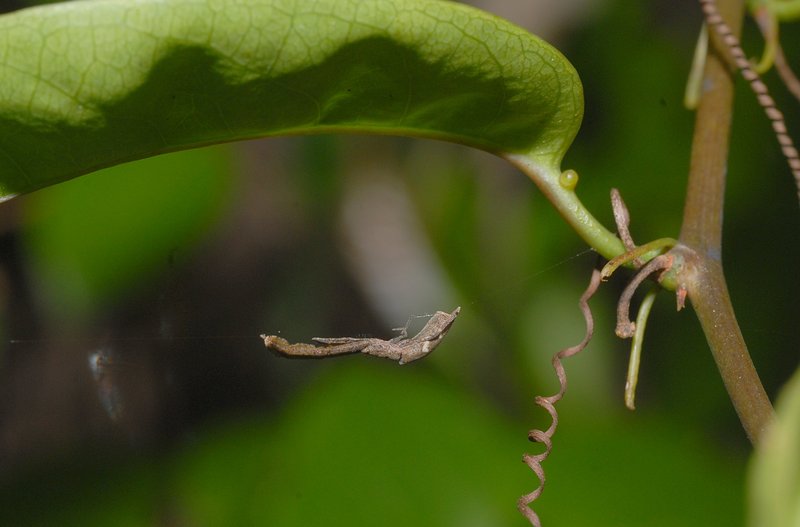 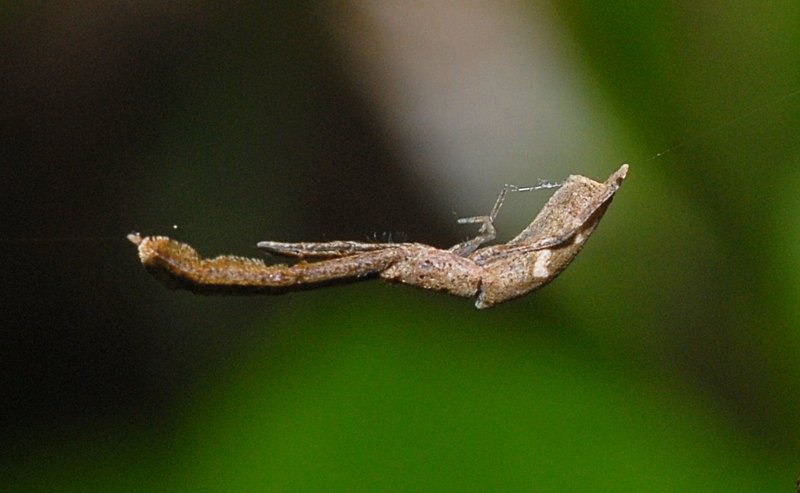 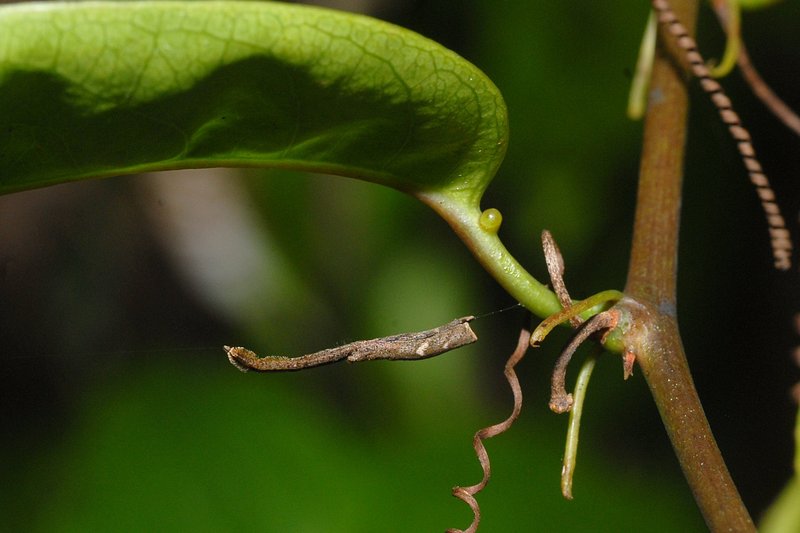 Pure camouflage - looking at her dorsal side from below 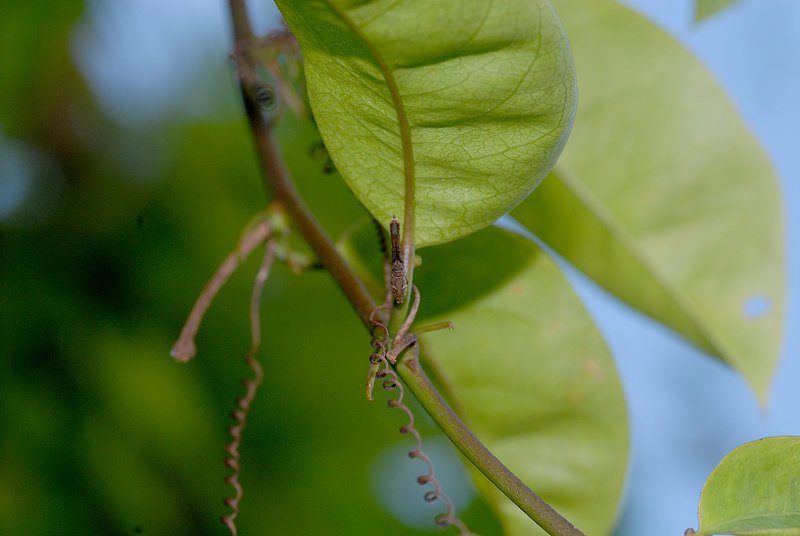 and a closer look 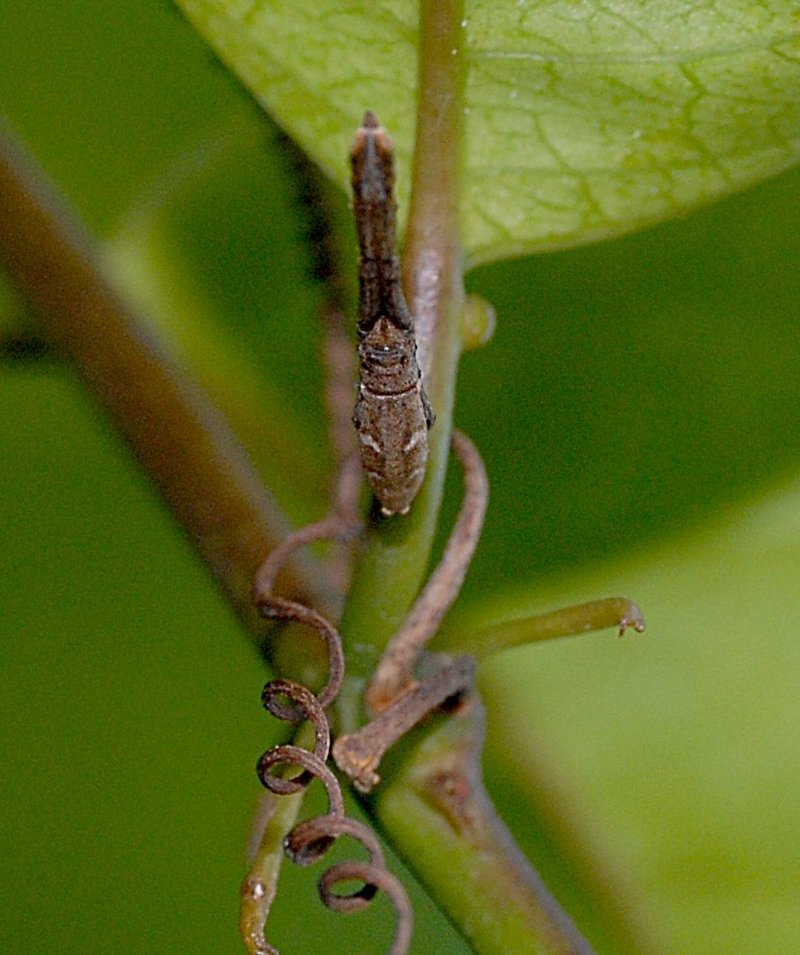 Back to the twig position 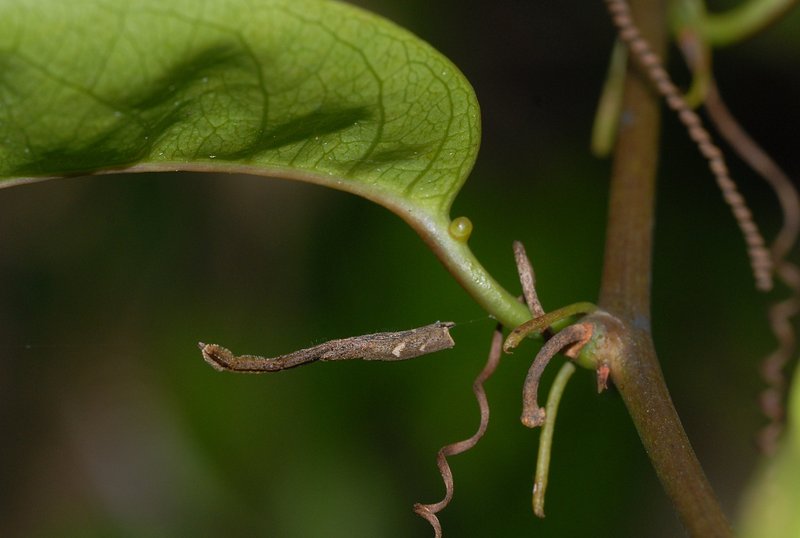 Not great focus but here she is manipulating the single strand. I believe she is increasing the tension (removing slack) 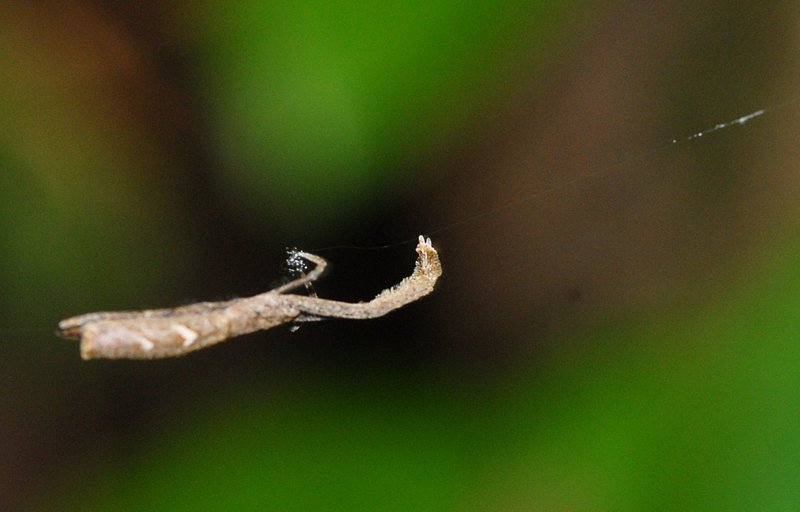 Crawling back to her home position 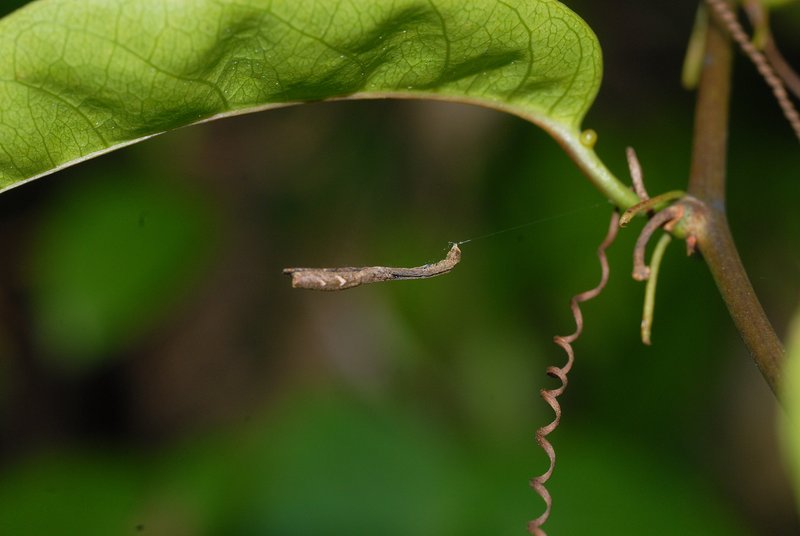 Apparently she captures prey by starting with a slack strand of cribellate silk. She gathers the silk into a bundle (shown here) which pulls the strand taut. When an insect collides with the strand, she releases the bundle which apparently helps tangle the prey. A better description is here 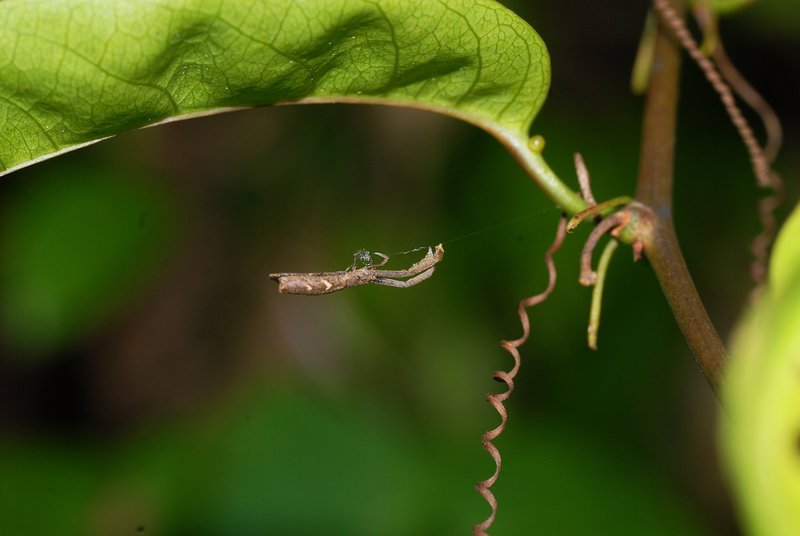 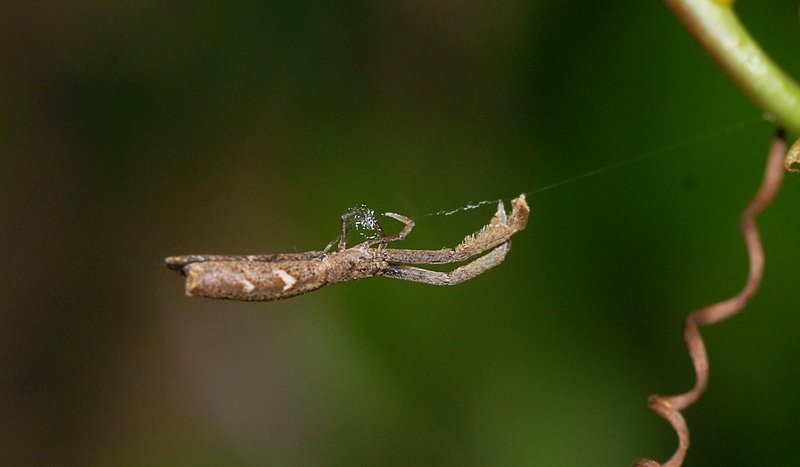 Now she reverses her orientation 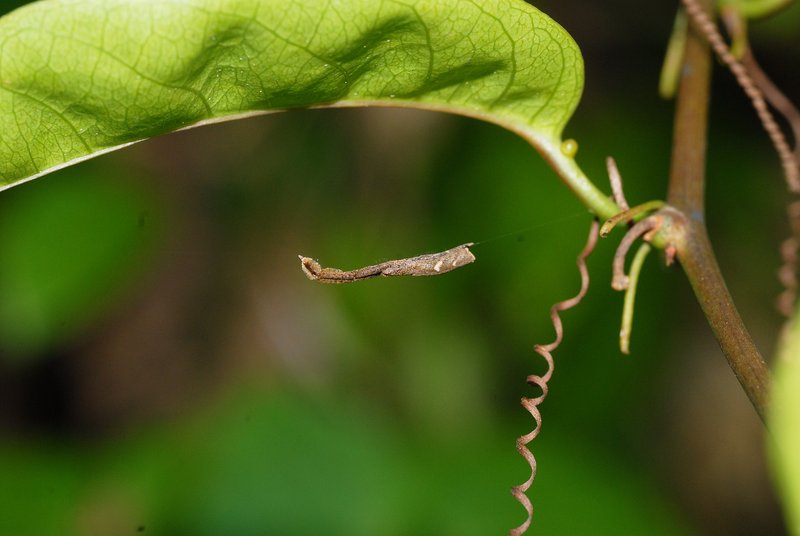 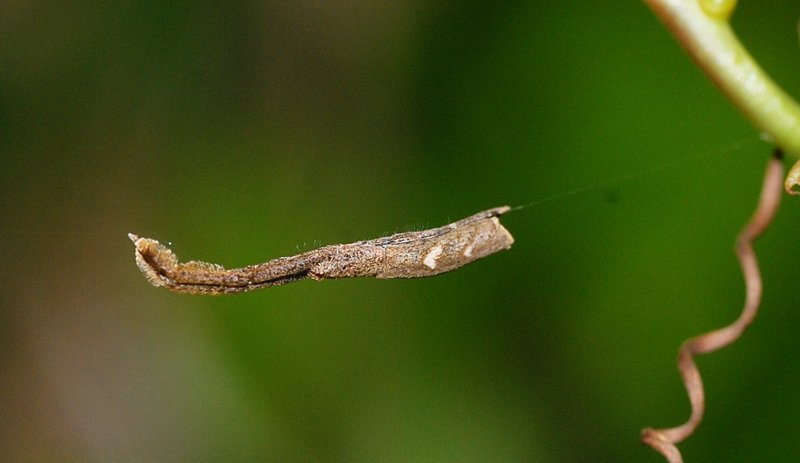