This morning I was early - and she was nursing her kids. She lays on her back and the kids crawl over her stomach and start taking milk. Her behavior is amazing. Here she is on her back with two kids nursing 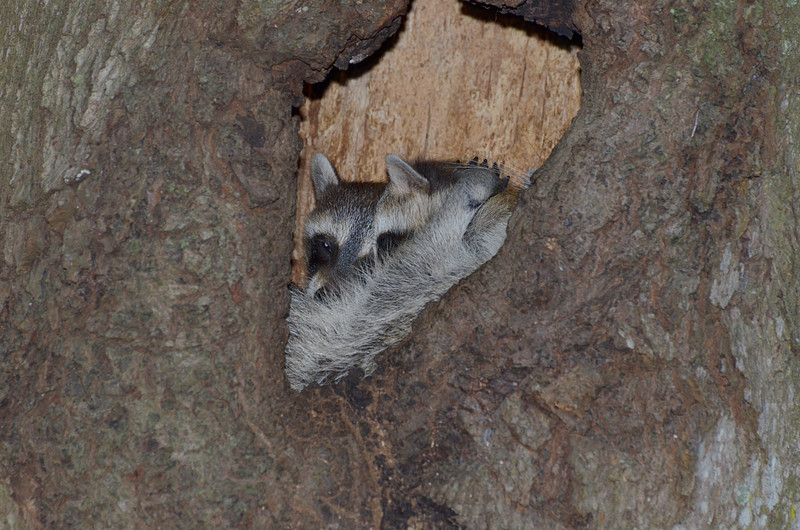 The three babies and mom's ears 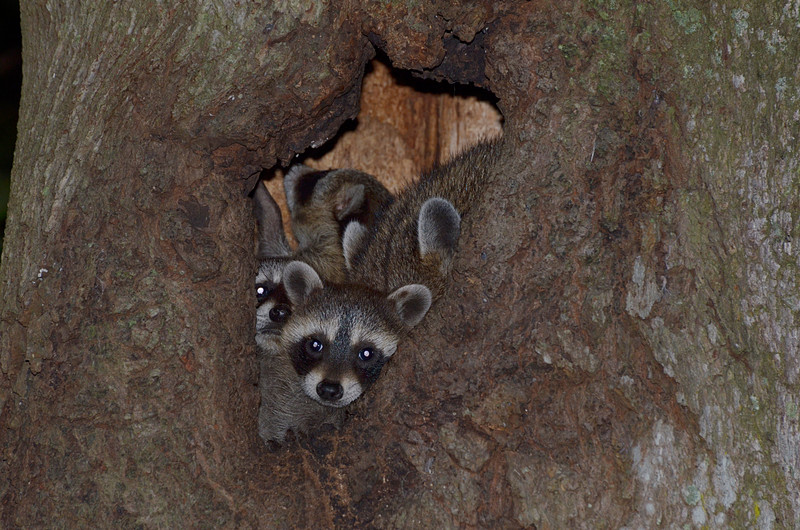 Mom and one of the babies 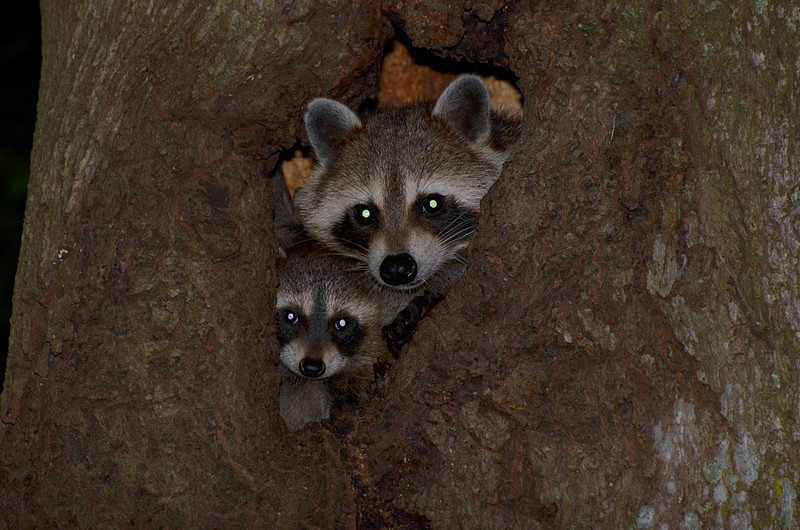 Mom and two of the babies 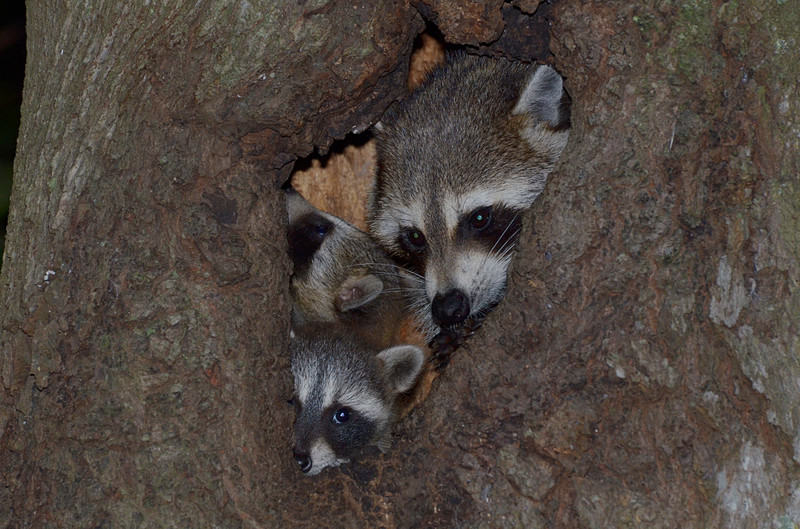 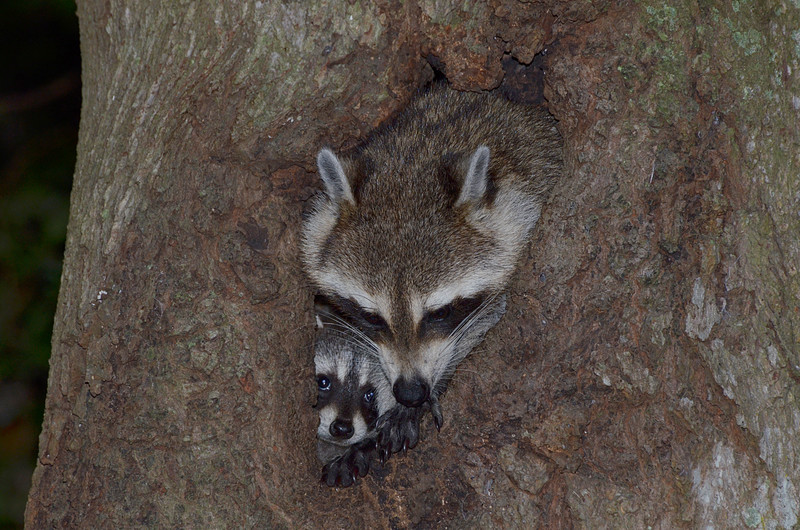 Mom leaves the kids for breakfast

Mom Raccoon exiting her home. At about 6 min she climbs the tree and crosses over the path to a tree on the opposite side of her home. Then climbs down to another branch and crosses back over the path, then down to the ground and breakfast. The kids seem to use her feeding time as play time for themselves. 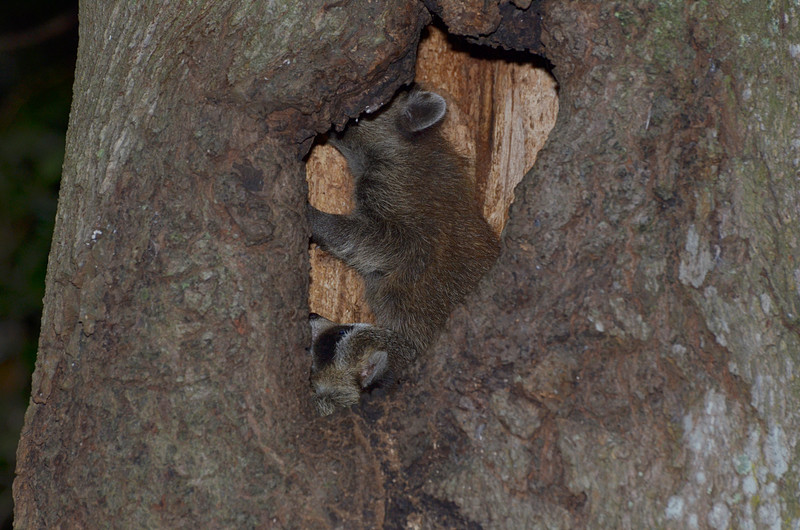 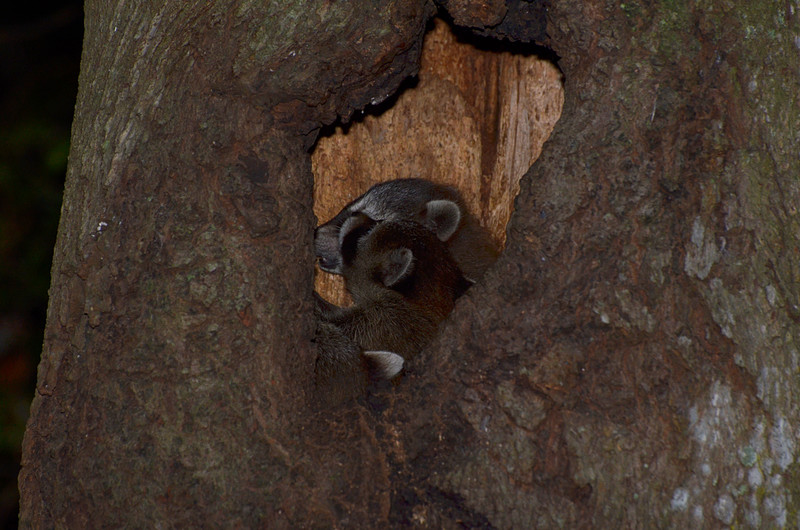 Video of the kid's playroom while mom is away

While mom is out eating breakfast - the kids practice climbing inside the tree - they are not very good - so I suspect mom thinks its too soon to take them out. I agree 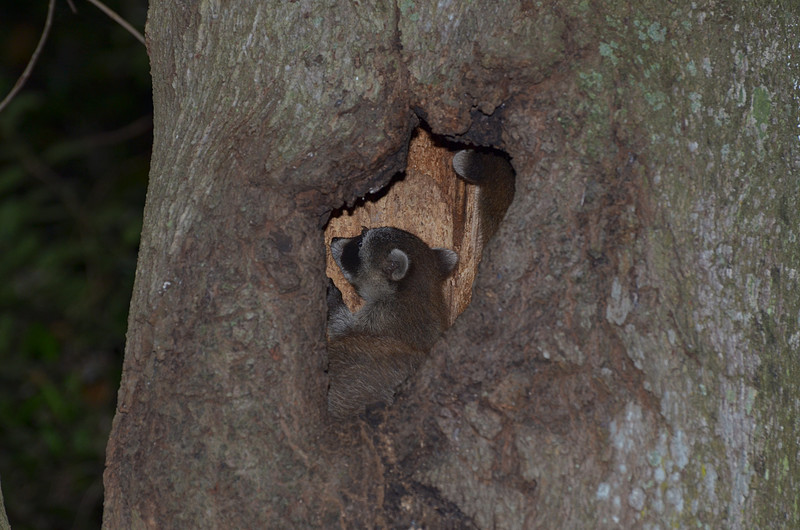 Before re-entering her home - she rests outside 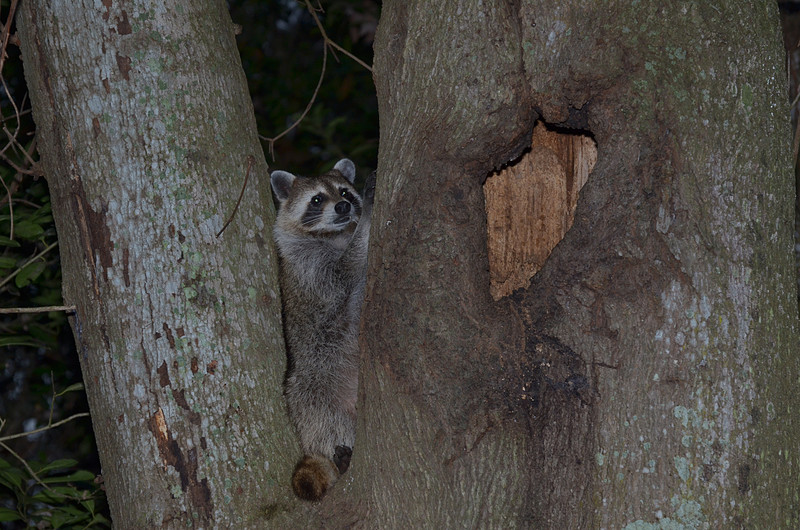 Video of returning home - pulling chubby self through the front door, rolls over the kids and restarts nursing

After breakfast - mom returns home and resumes nursing the kids

then enters and the kids start nursing again 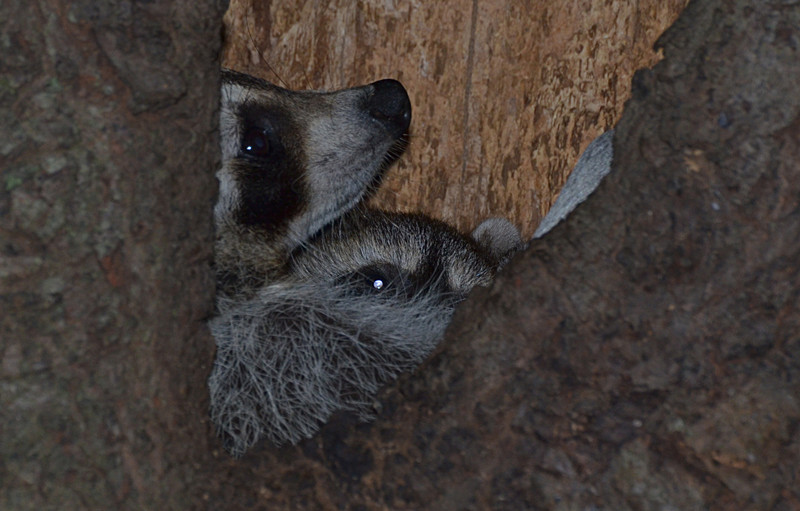 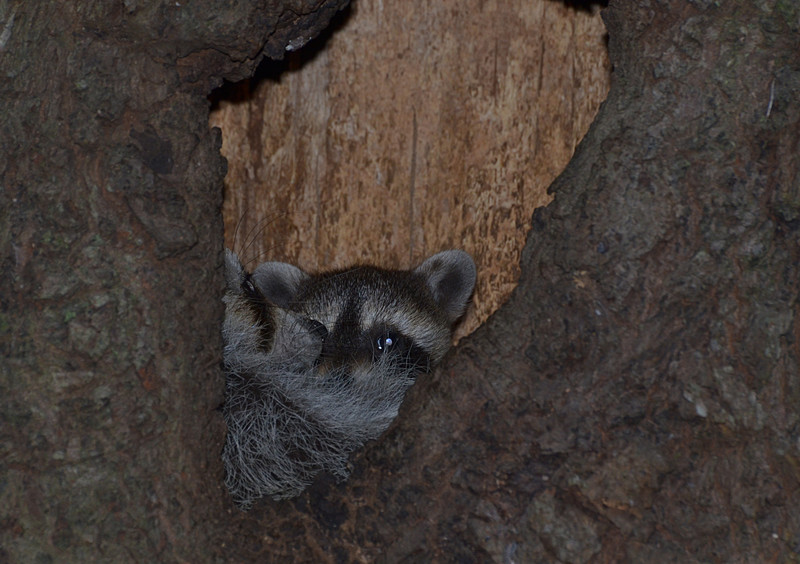 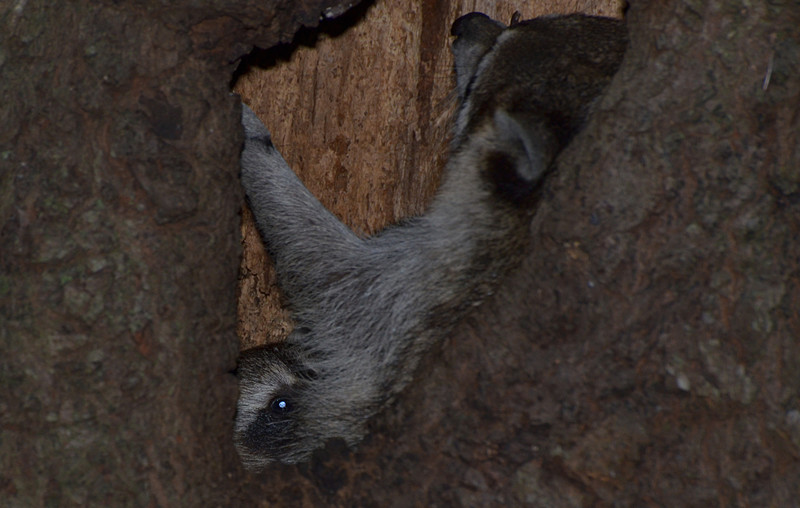 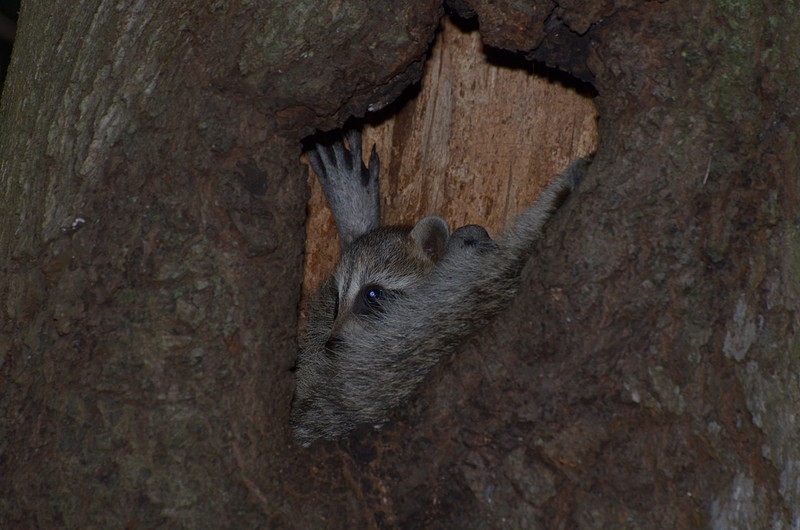 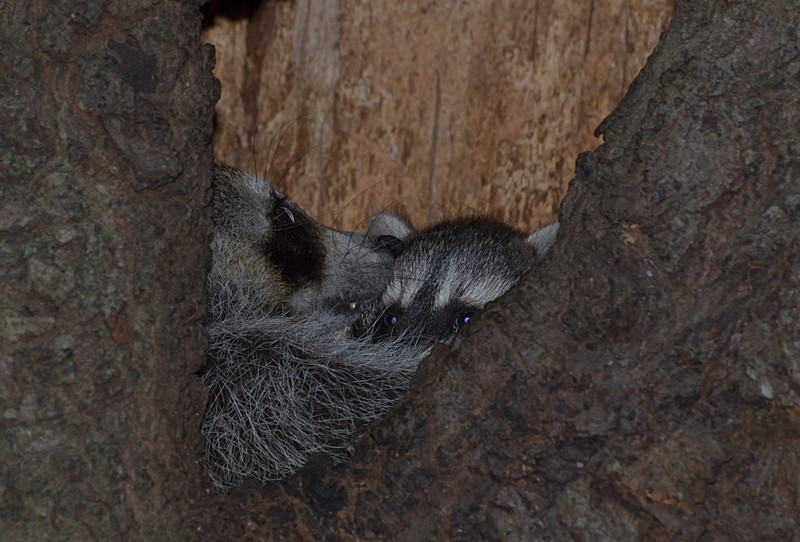 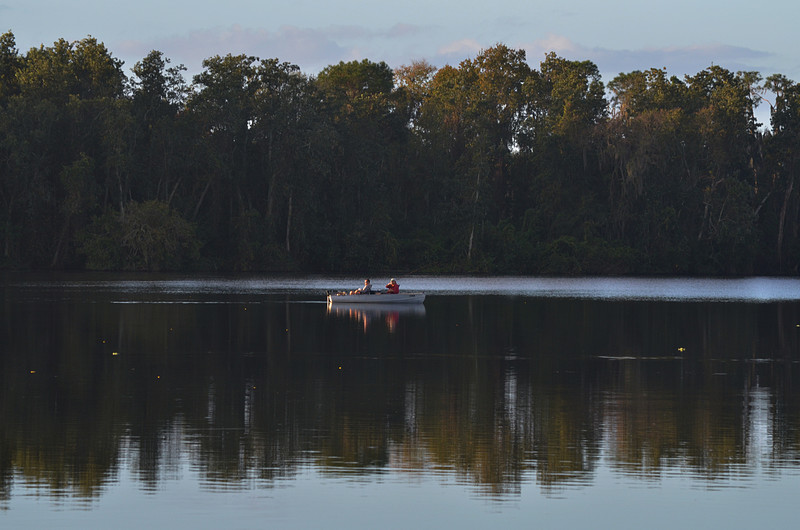 Osprey - looking for breakfast. I learned yesterday that if I walk close to her tree - she takes off - so this morning, I was set up for continuous focus to try to capture her flight 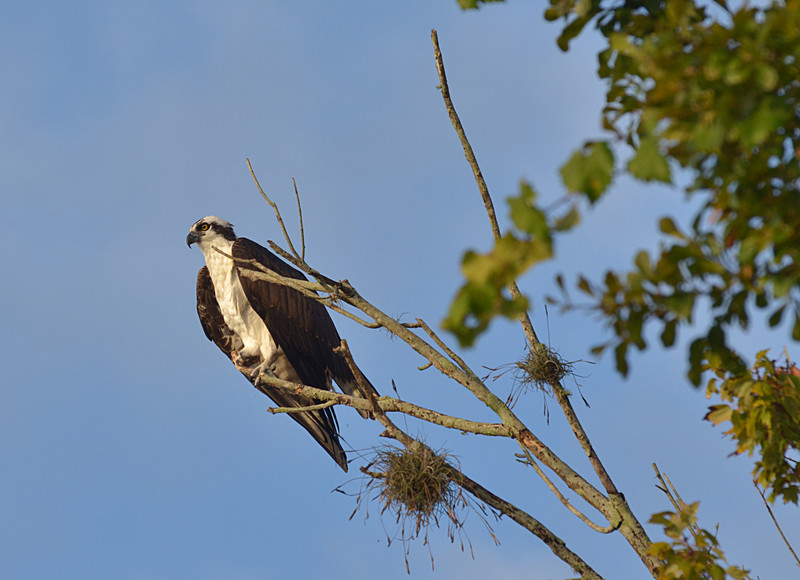 Landing gear down attached to the limb 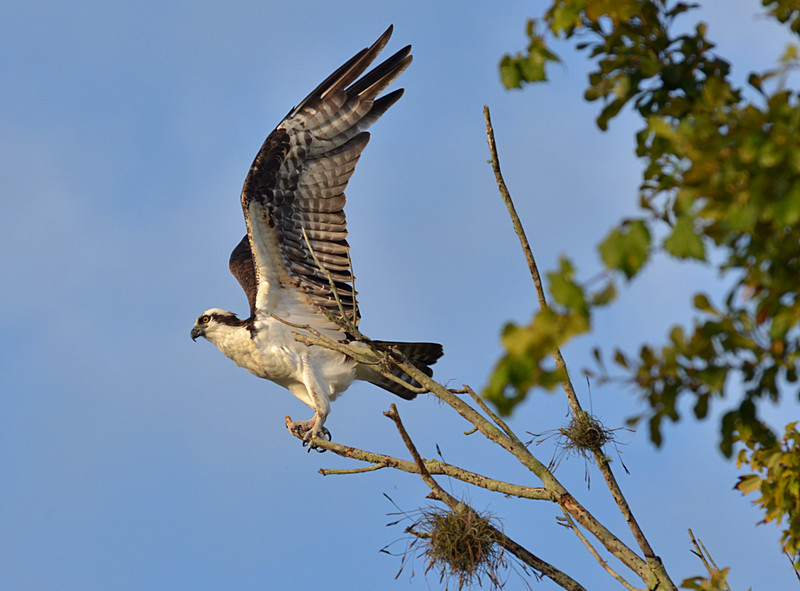 Takeoff and landing gear down 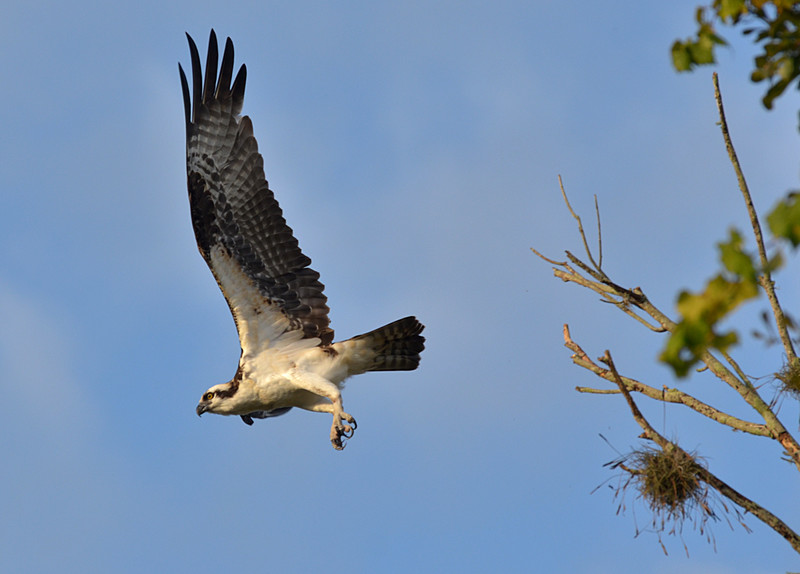 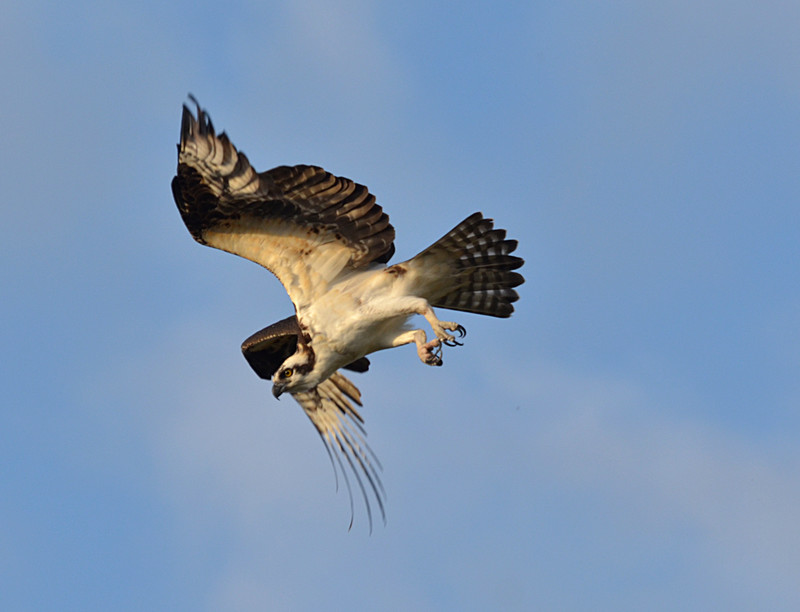 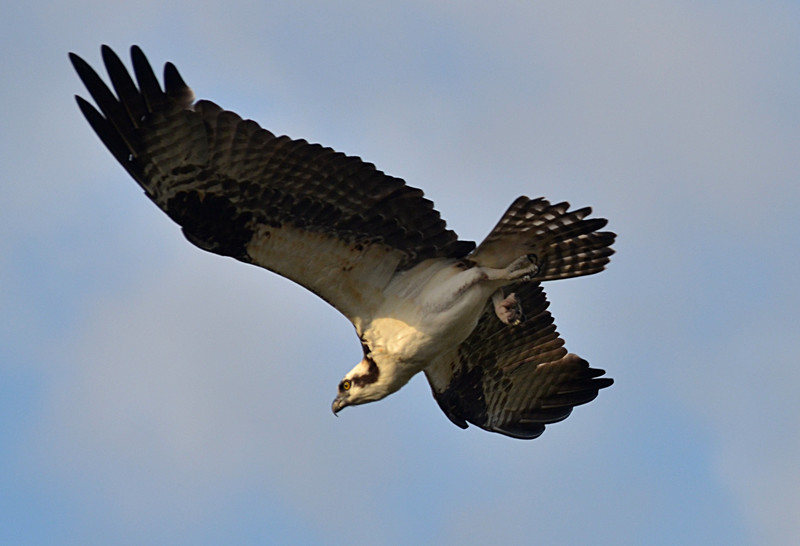