This is a new spider, Araneus mitificus She builds an incomplete orb web and also a small hut by weaving a layer of silk between the edges of a blade of grass. The first video below shows her starting her small hut. The last video catches a bit of last minute clean-up before entering her hut and waiting.

I returned to the Parawixia web and sure enough, she was completing her night of hunting and preparing for a day of sleep. Something interesting, though - two small insects - perhaps aphids? One is attached to her right 1st leg and the other is to the right of her left 1st leg 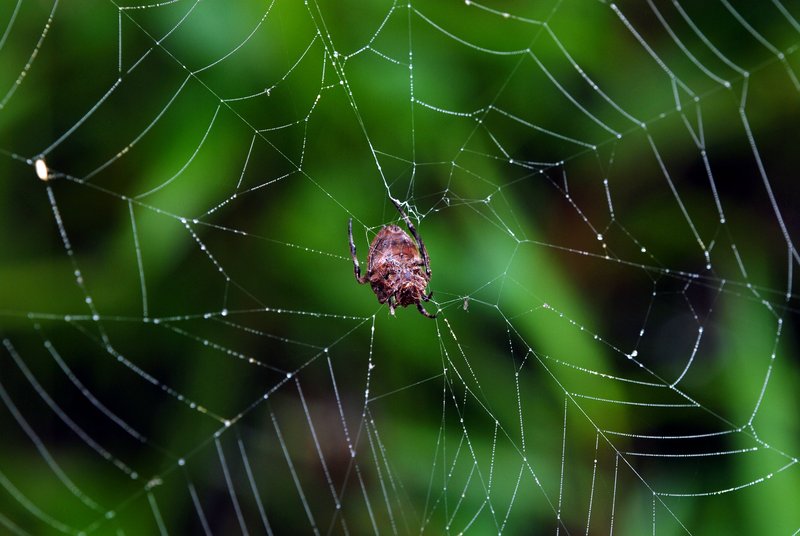 Here they are absent 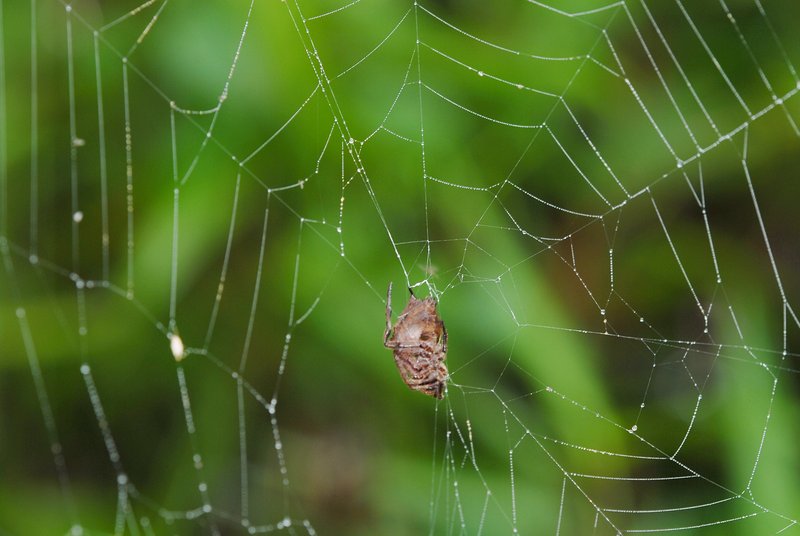 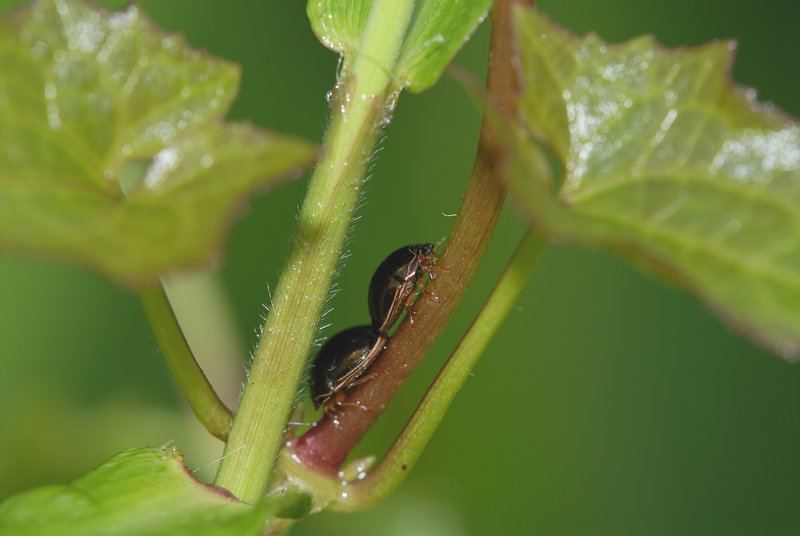 While packing up from the Parawixia adventure, I saw this tiny white spot walking around a blade of grass and then repeating the pattern. A close look revealed that she was weaving a mesh between two edges of a blade of grass. But I don't know why 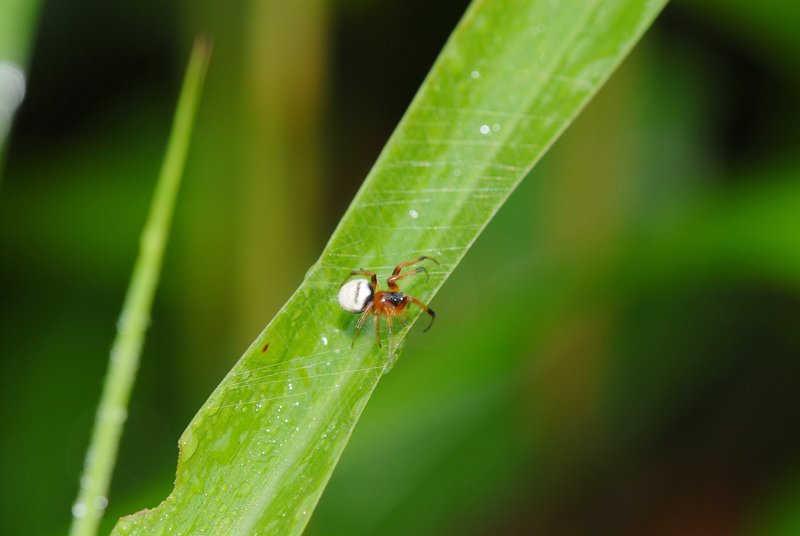 Here she is weaving - gluing a strand first to the left edge and then the right edge. The video above illustrates this nicely. Notice the reflection of the sky on her cephalothorax. Wish it were clearer. 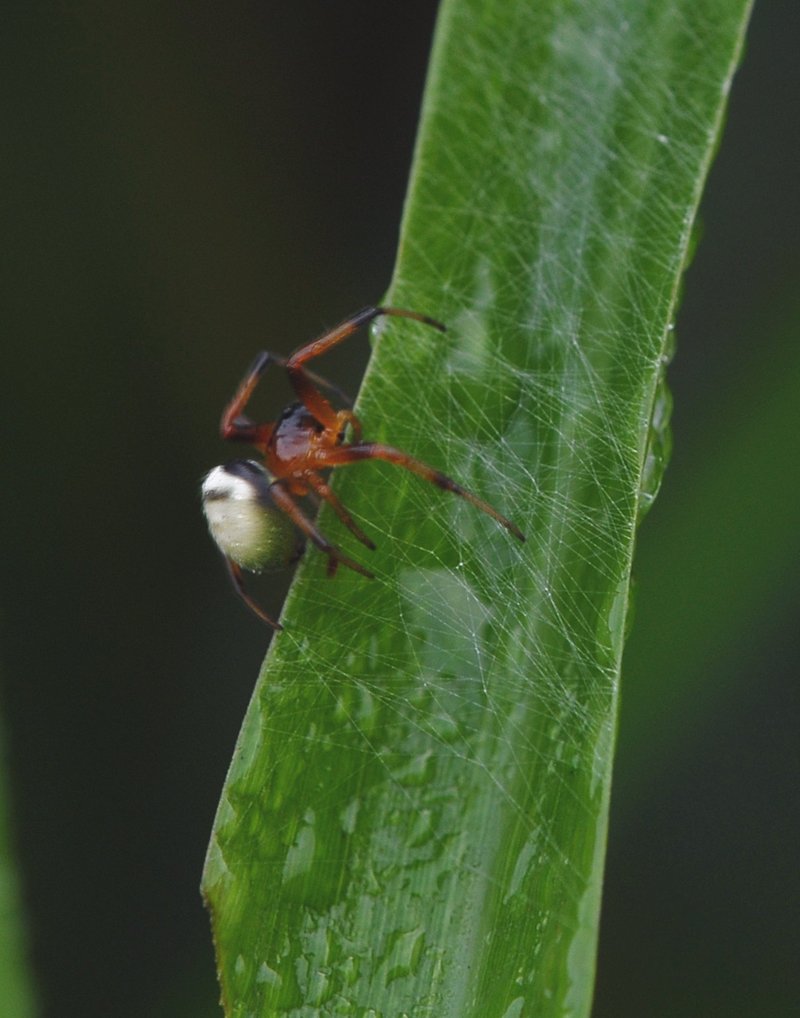 Then she crawls under the mess and weaves something upside down 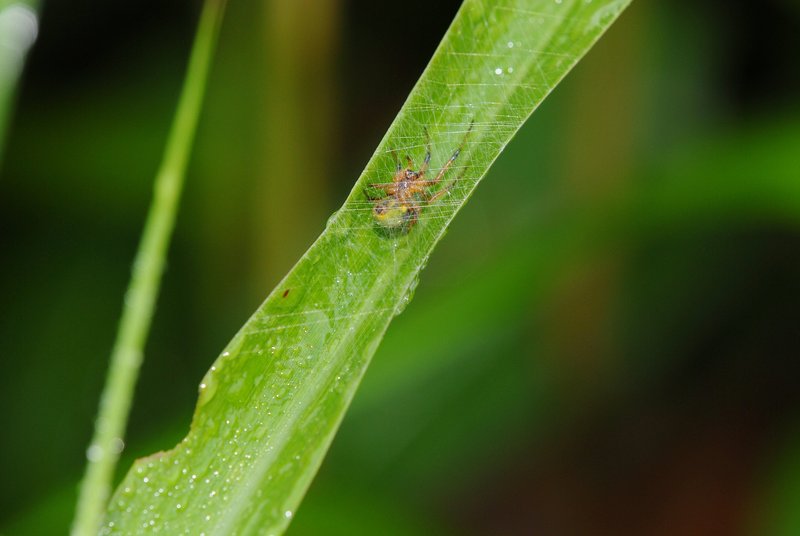 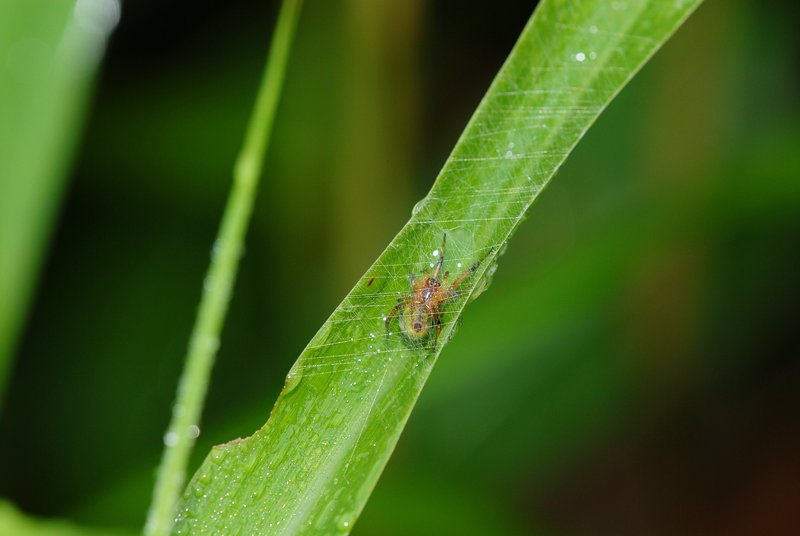 This is the top of her whatever 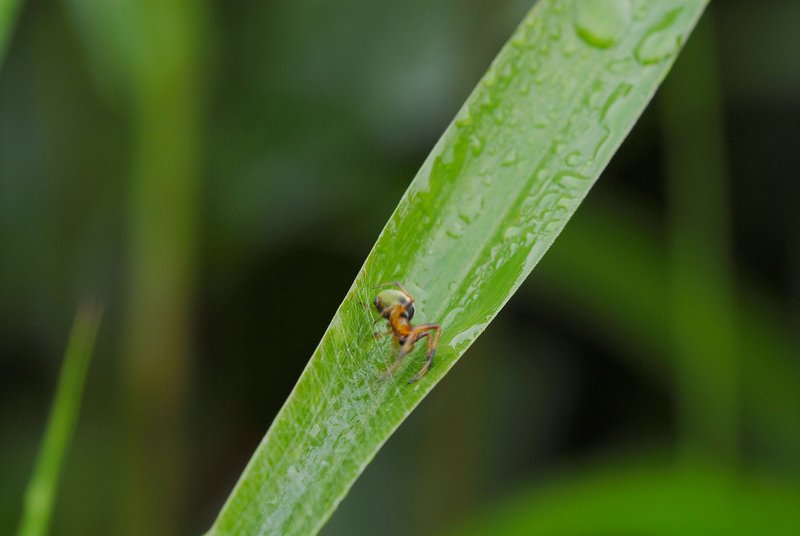 And this is a blade of grass in the way 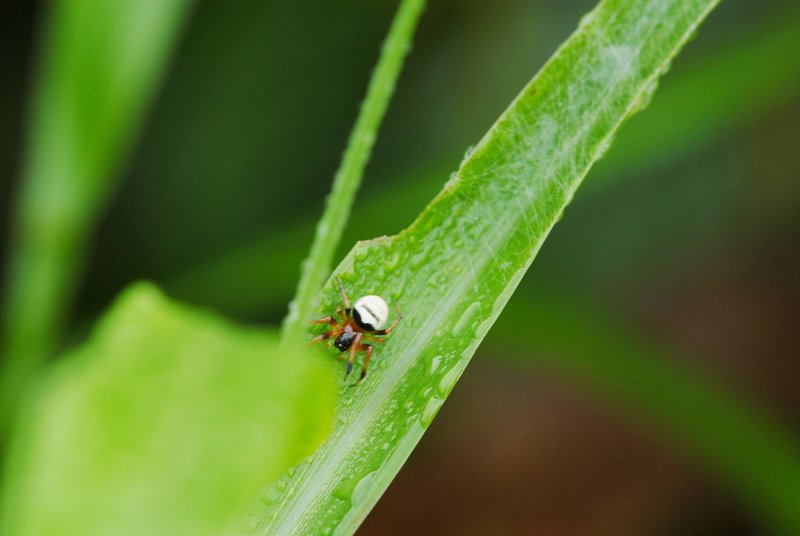 Later, you can see the progress of the mesh 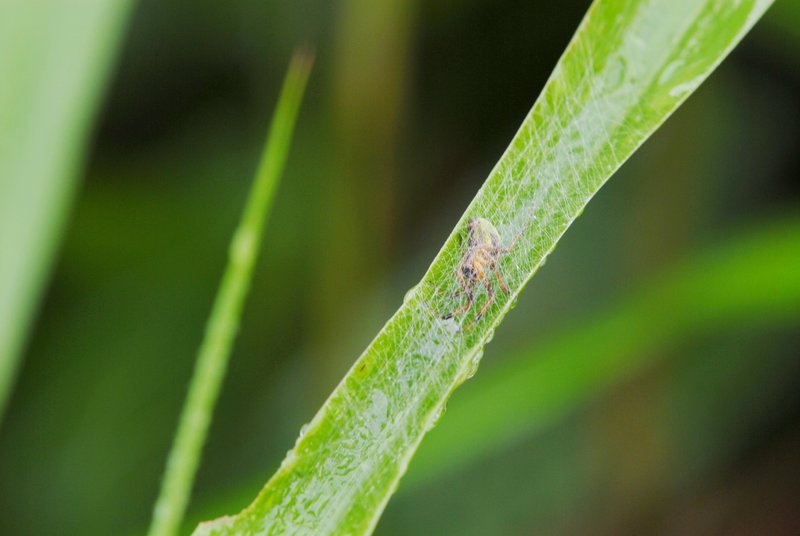 Weaving under pointed up 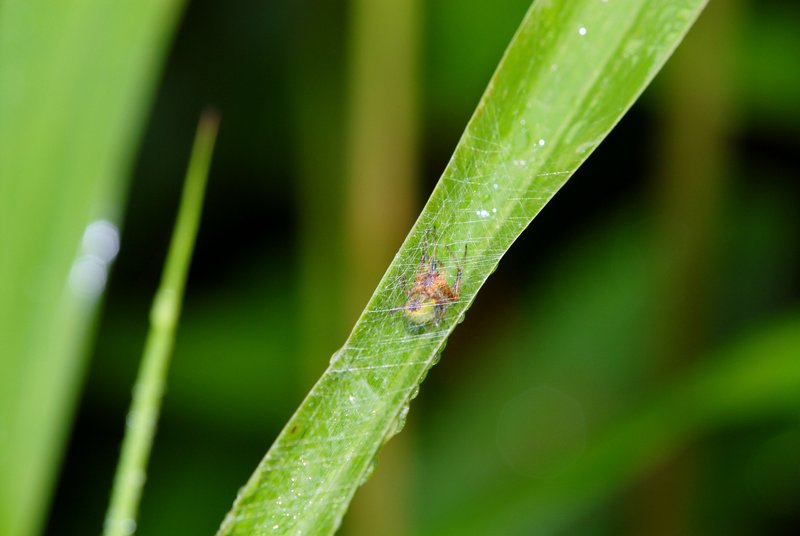 and weaving under, pointed down 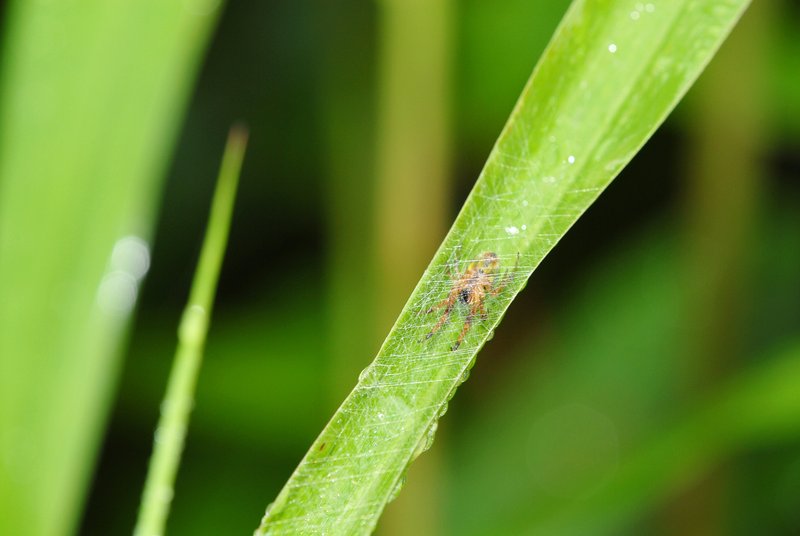 then at the bottom 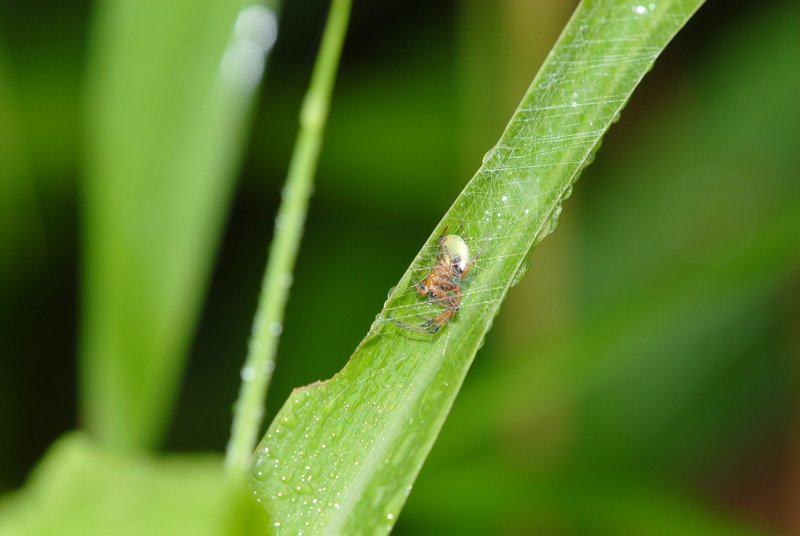 a closer view. Note her size compared with the dew drops 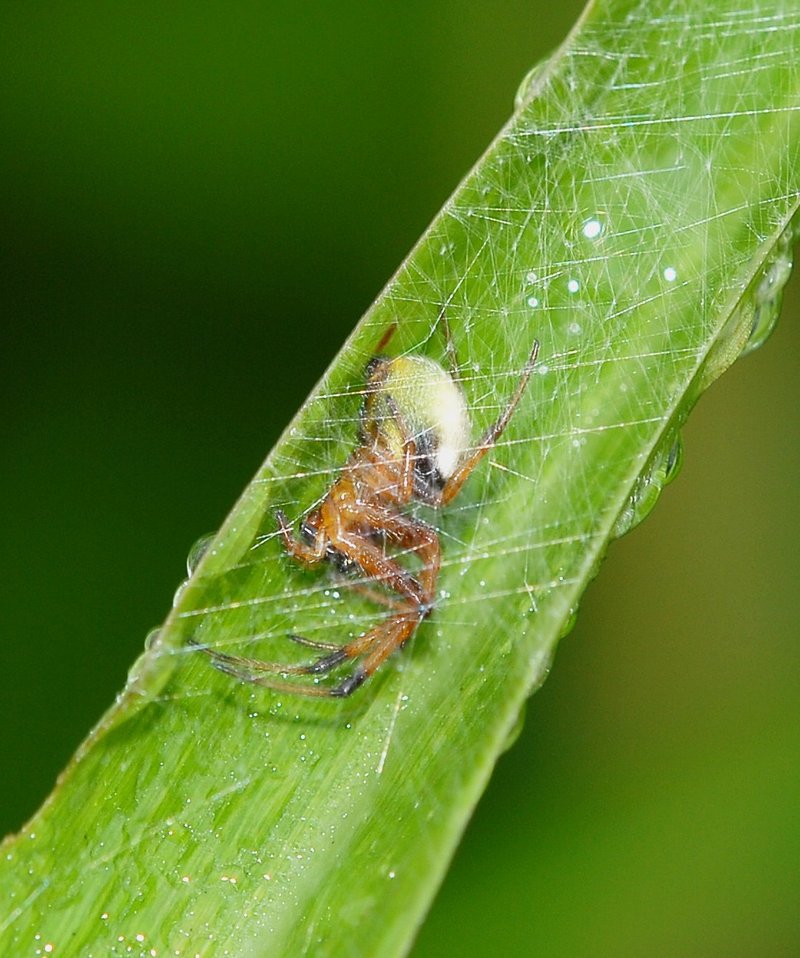 Here she is weaving near the top 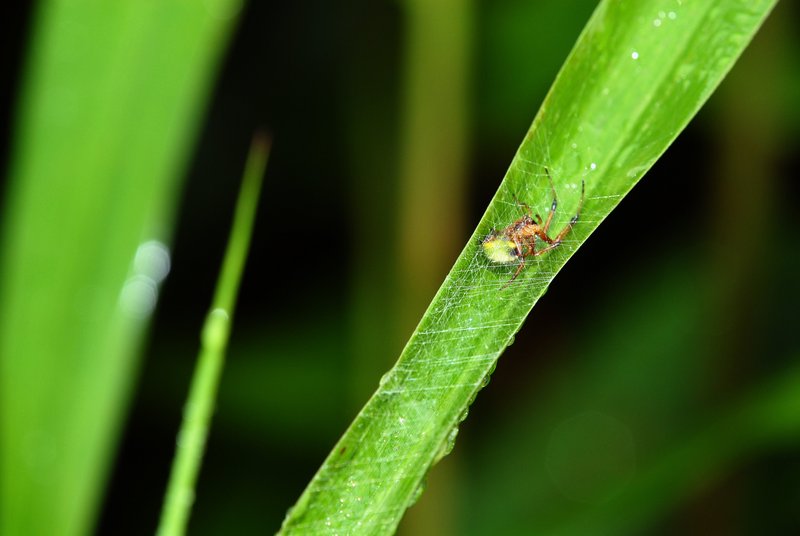 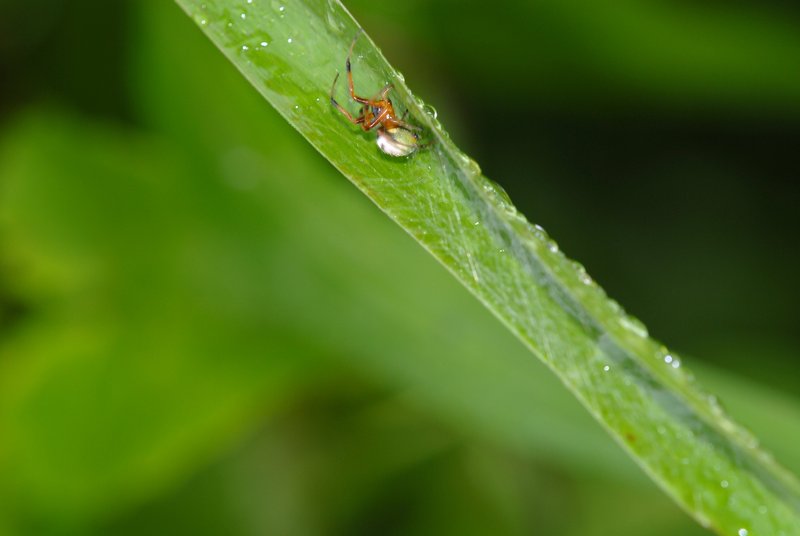 Here she is outside 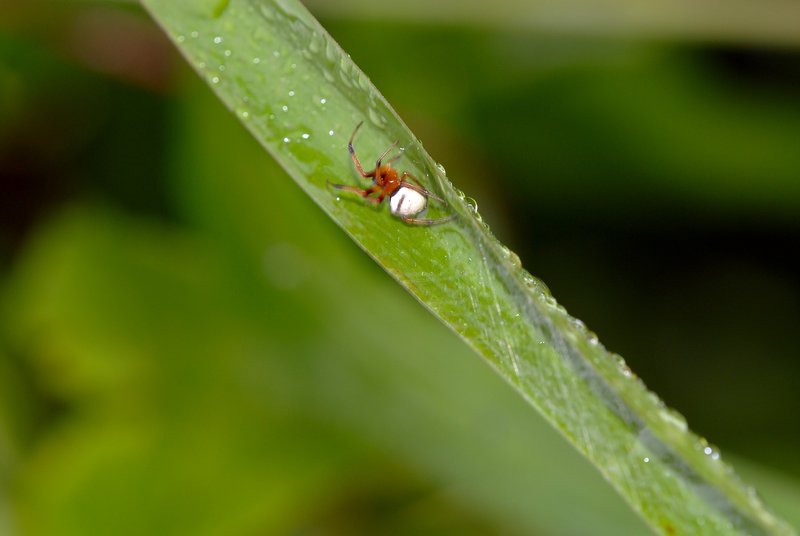 She looks around, checks on a few things and then returns into her new home 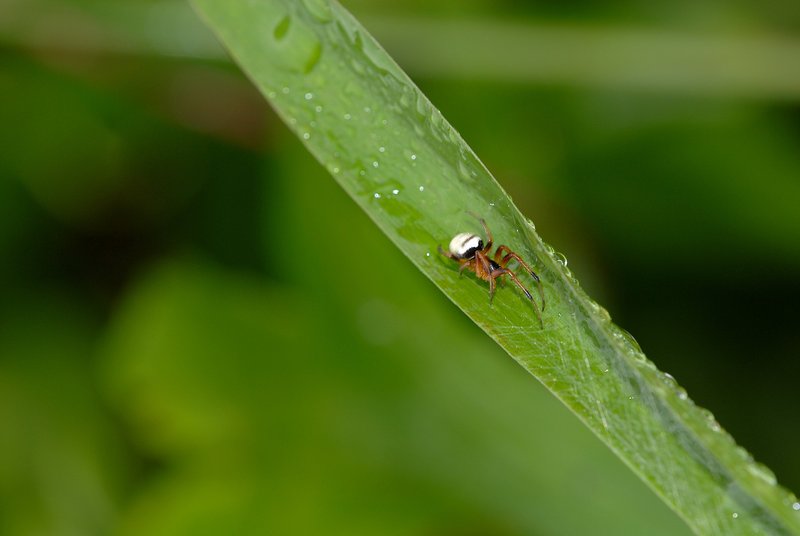 As she passes through the front door 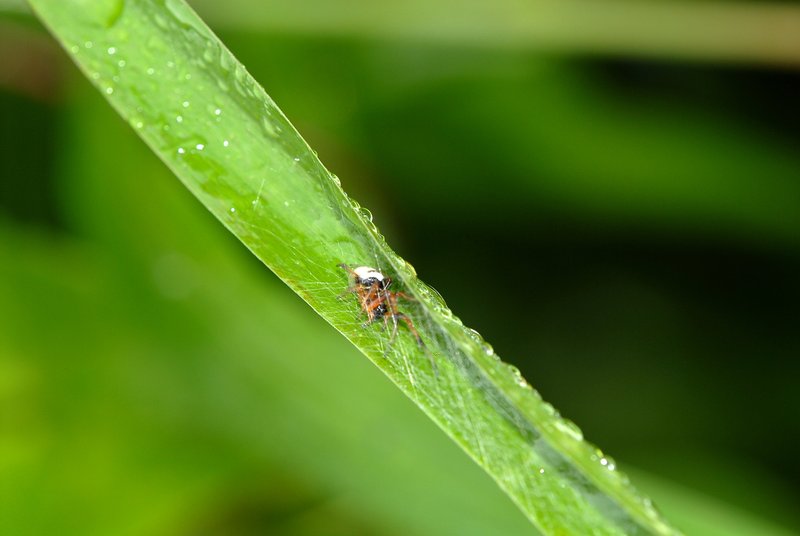 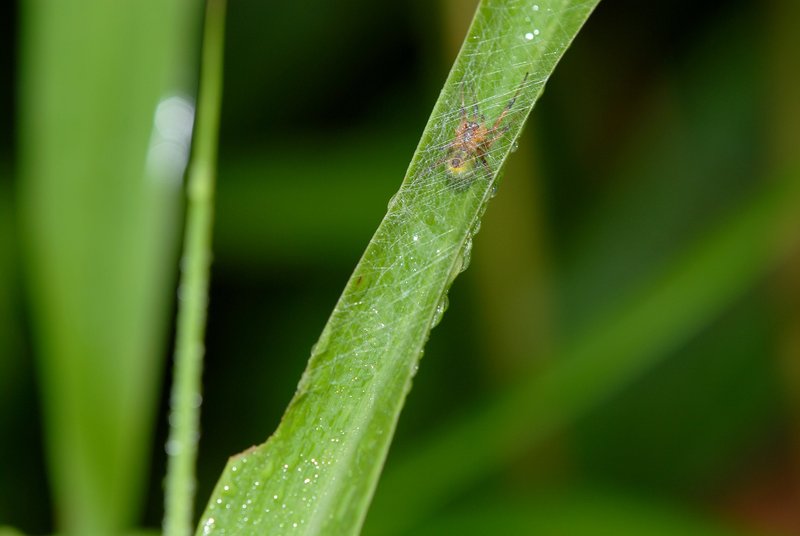 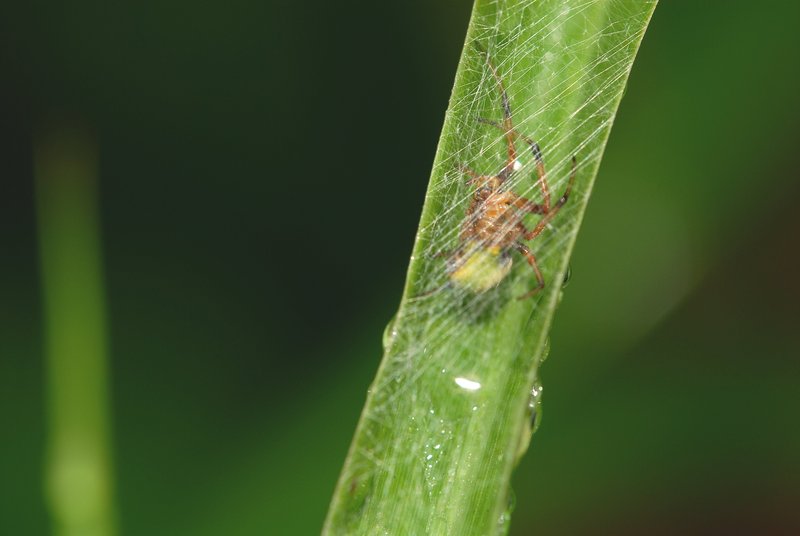 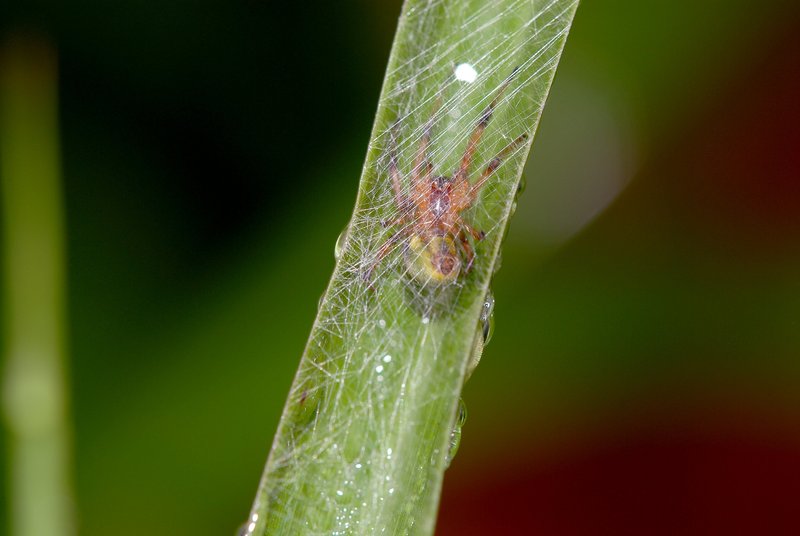 Another view of her spinneret 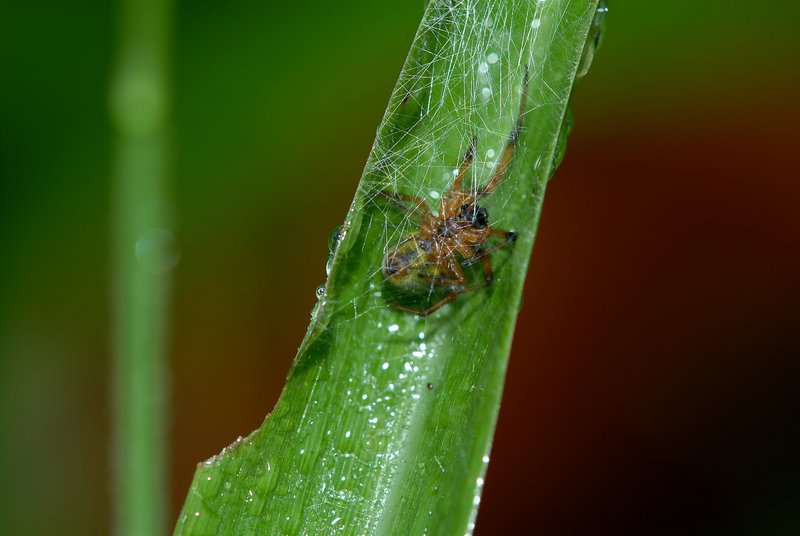 Leaving by the top (front door) 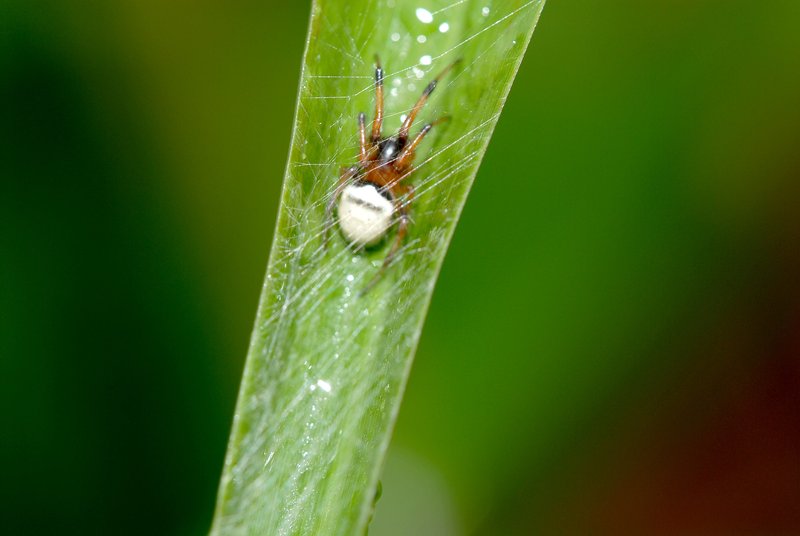 Working near the back door (bottom) 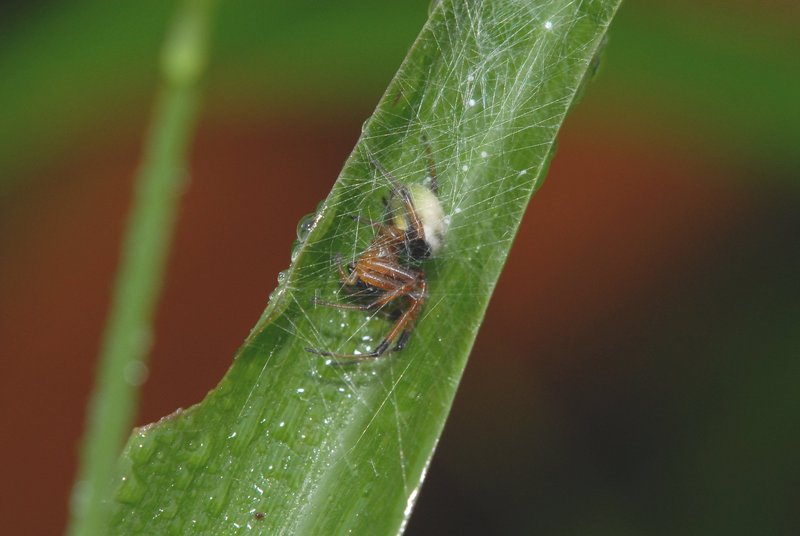 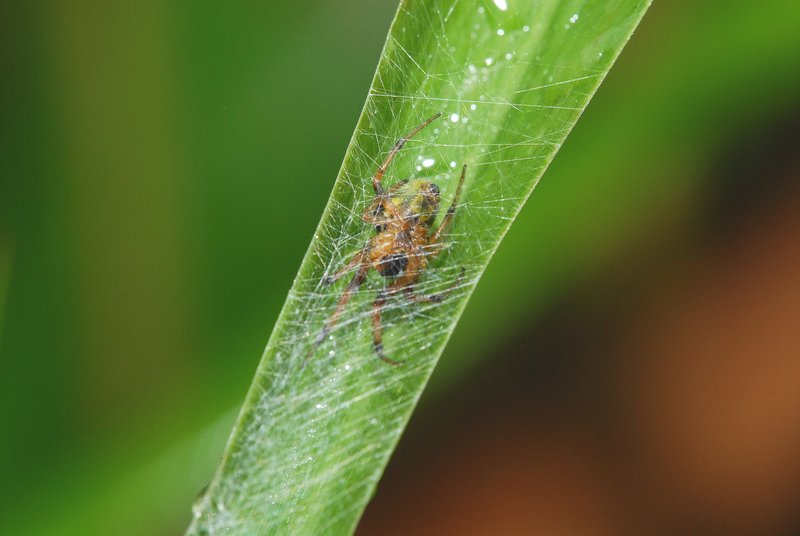 A closer look as she sleeps 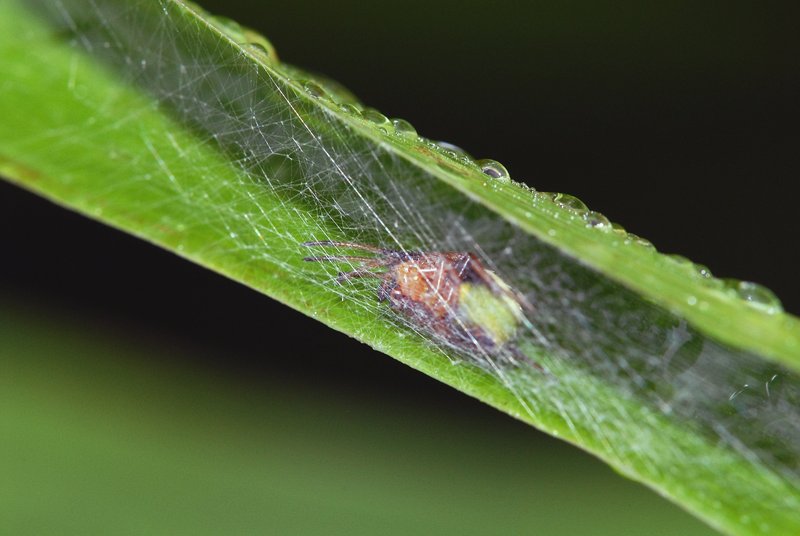 And a collapsed web with a string of pearls 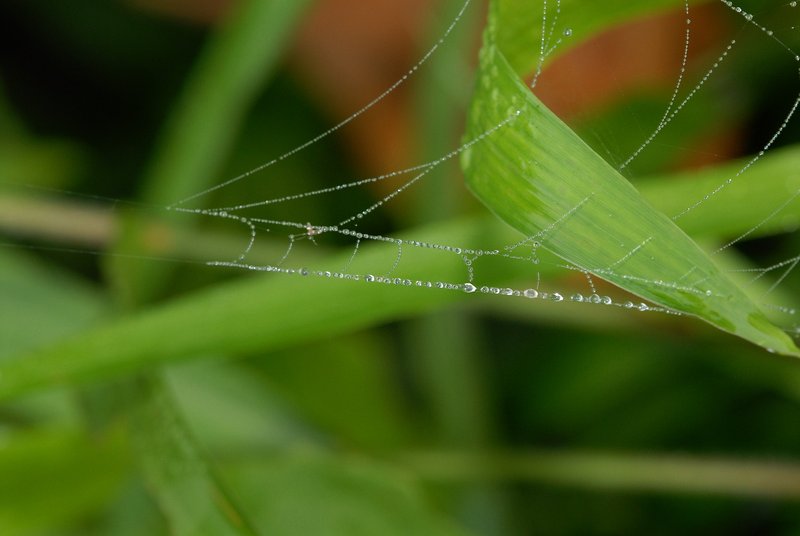 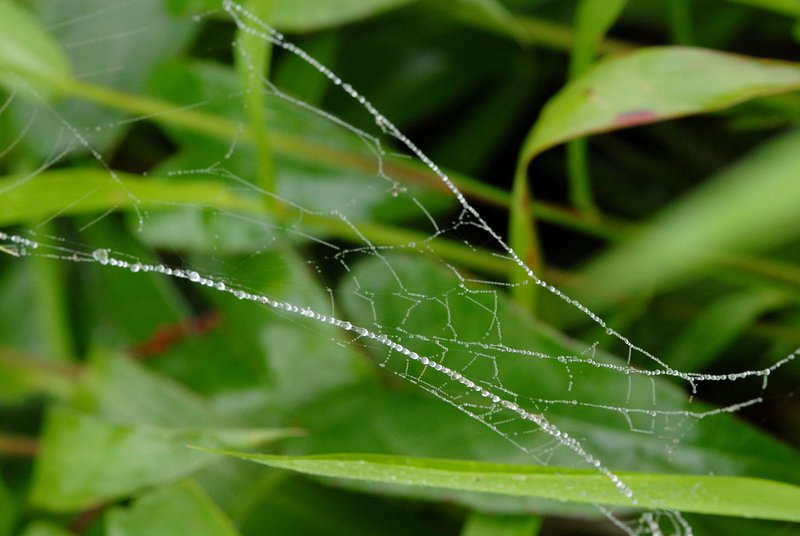 And a white flower 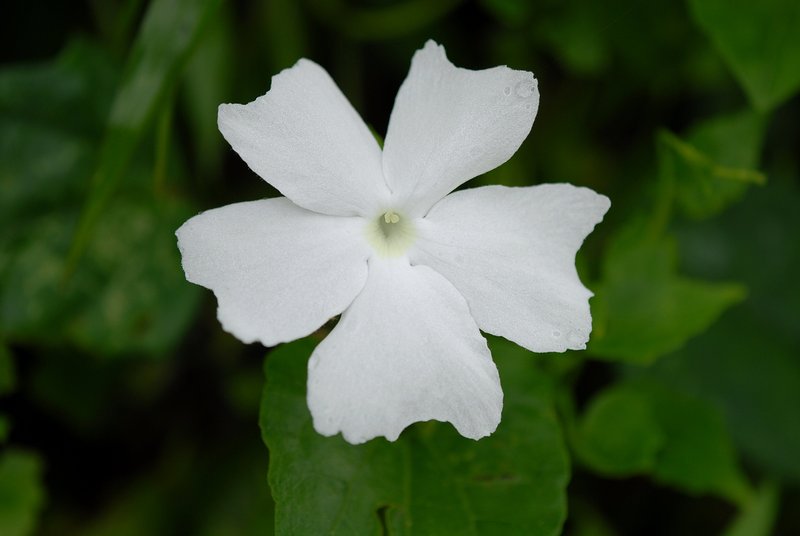