This was a surprise. I located the Parawixia web several weeks ago and she continues to appear there - hunting by night and soon after sun-up, she leaves her web. Sunday I found an Argiope close by. Today I returned, both were there, and while setting up to study the Argiope she disappeared behind a leaf - and when I looked, there was a Miagrammopes just twisting in the breeze. (Next day, 2 Jan, 2008) - well the Miagrammopes was not a Miagrammopes at all, but a twig disguised as a Miagrammpoes. What a way to start 2008 with spending amost an hour watching this twig and fascinated that she never revealed her legs. Here is the story

Parawixia dehaani resting, sort of, after a night of hunting and before exiting for a day of sleep 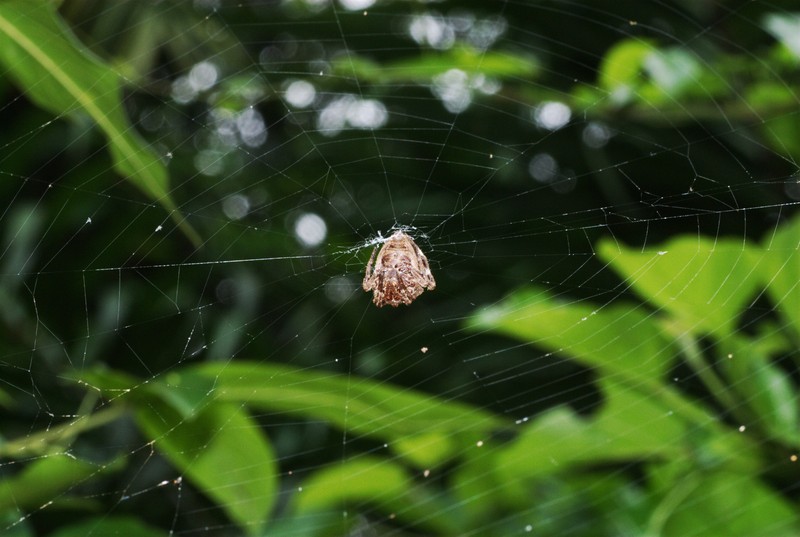 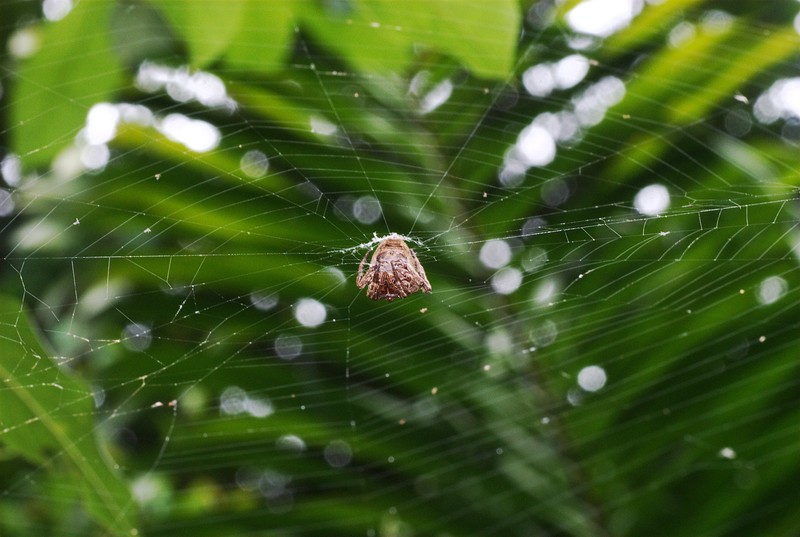 Argiope decorata and her web. Not planar, but curved with interesting patterns 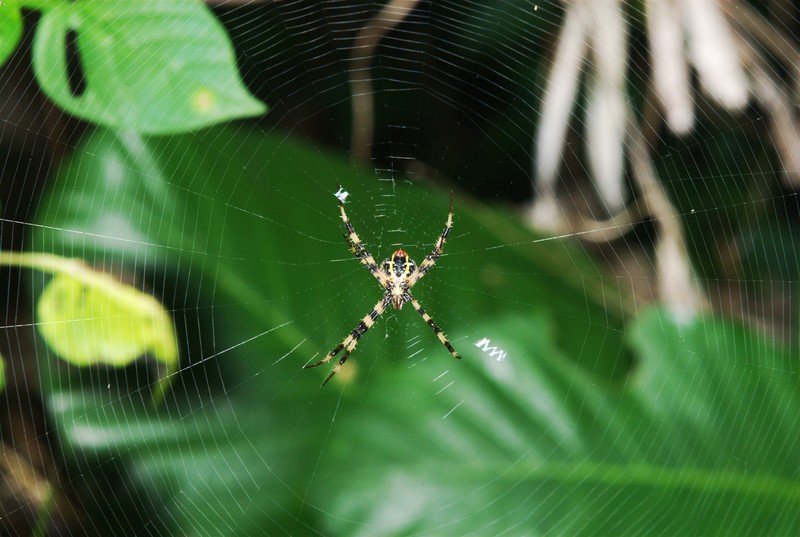 Her web after I scared her. 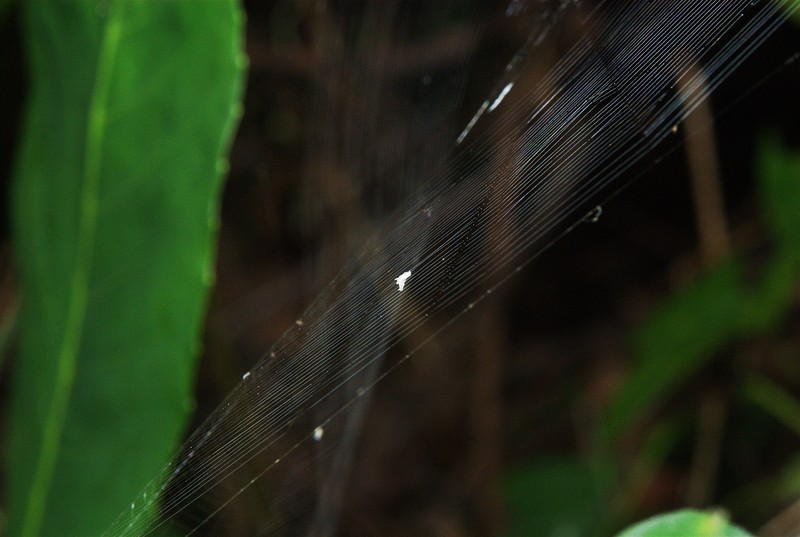 Back into her hunting position 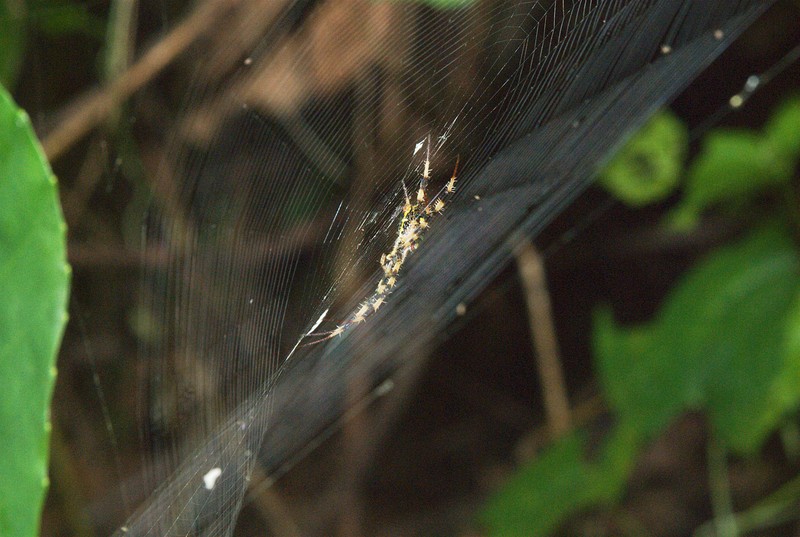 I scared her and she hid behind this leaf 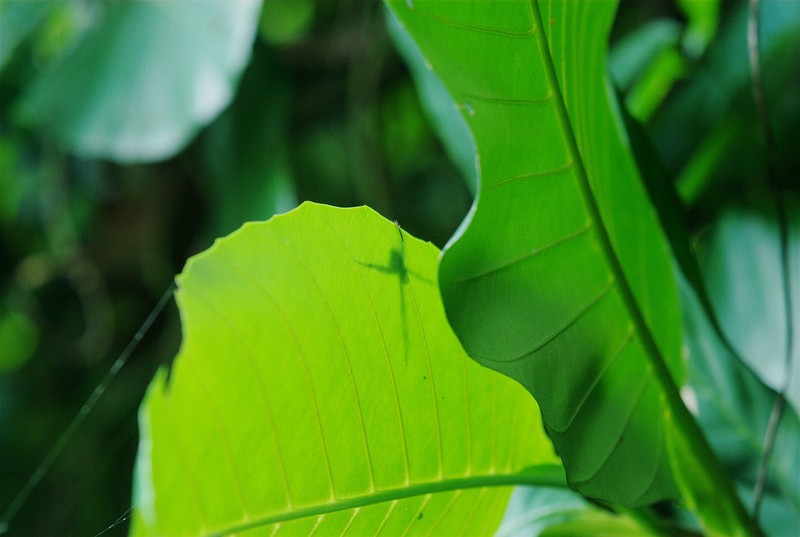 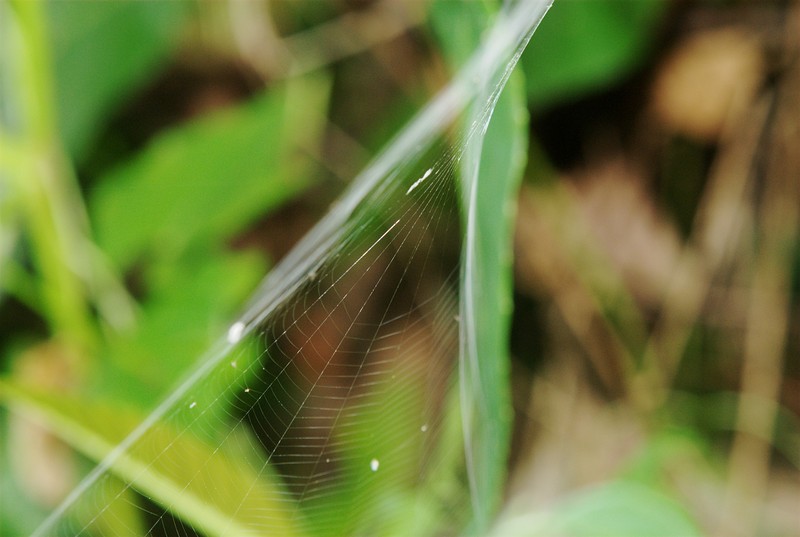 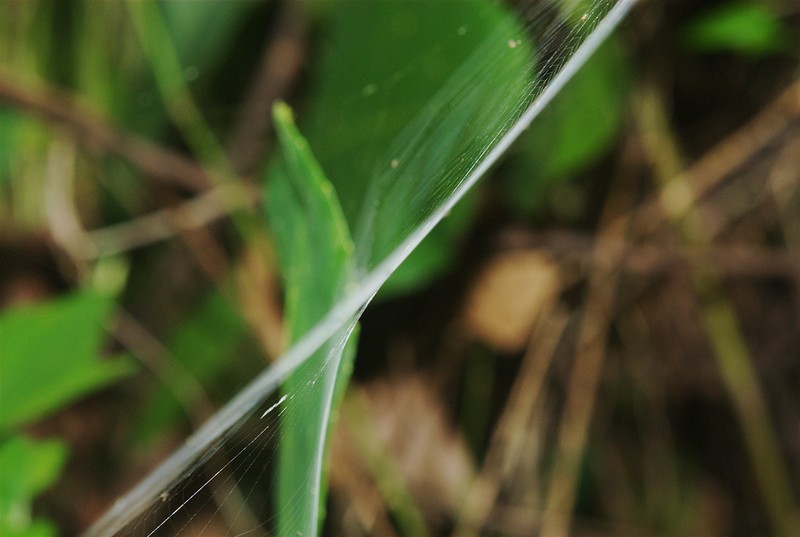 In her hunting position 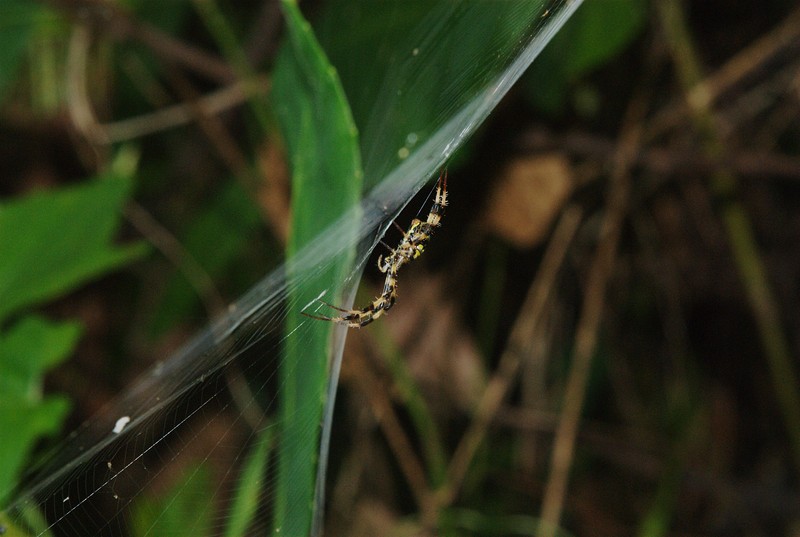 The many positions of Miagrammopes swinging in the morning breeze. Well returning the next morning, she was still there - and finally I determined that she was a twig disguised as Miagrammopes 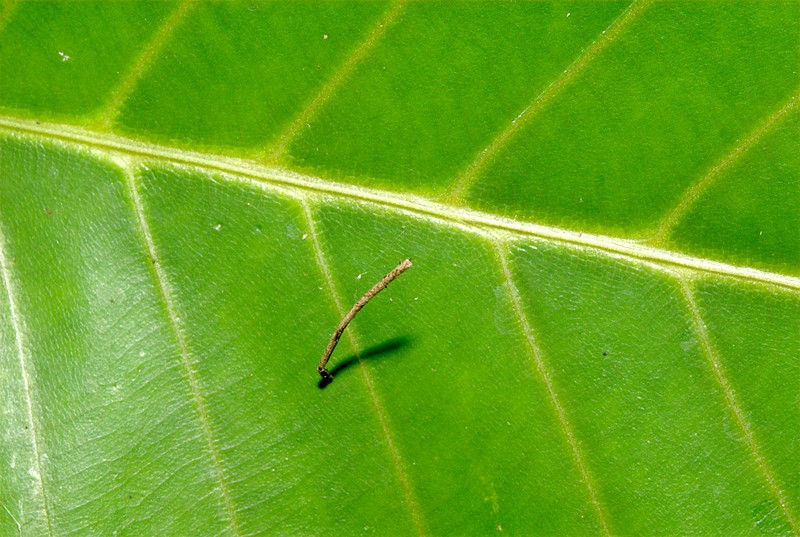 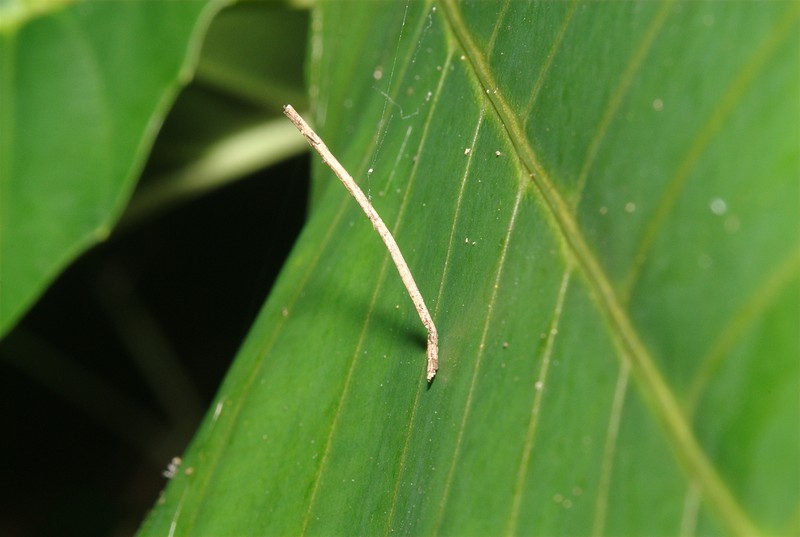 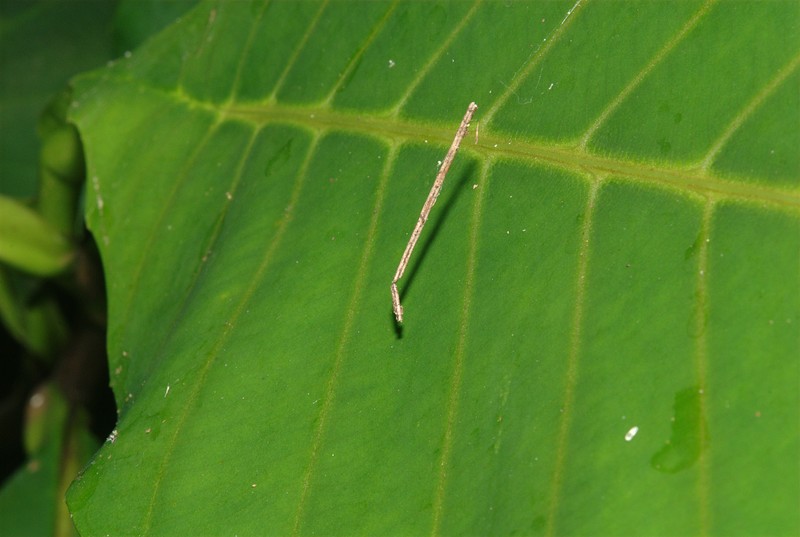 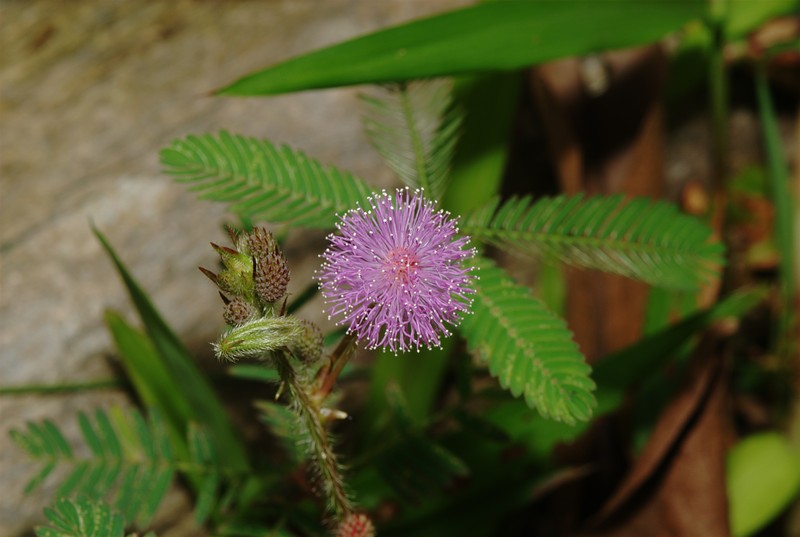