I went out about 7:30 before it usually starts raining (its the monsoon season). Lots of dew and nothing big caught my attention. So I started looking for small things - and first were a couple of webs distorted with dew. Then one of them had a sleeping Parawixia dehaani. Later I found a small Araneus mitificus. Impossible to photograph inside her home, so I opened the door. She left by the back door and then walked around to the front of the leaf and just looked at me. Here is the story.

A web distorted with dew drops 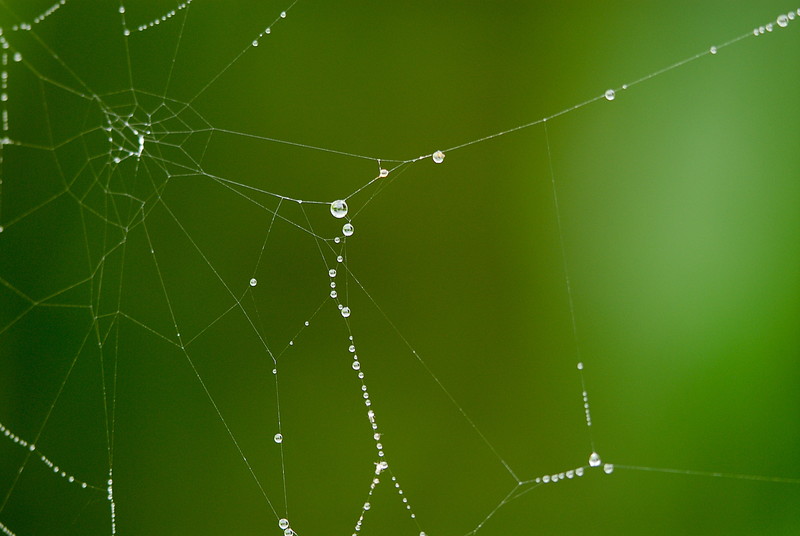 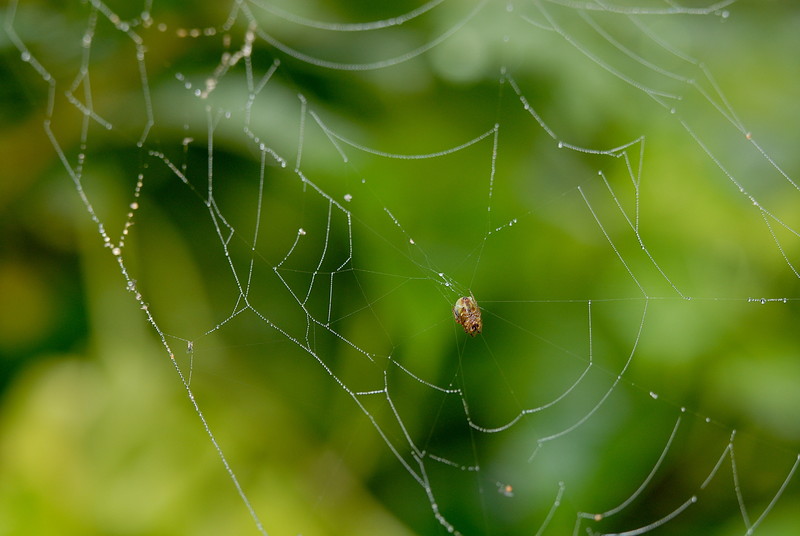 Sleeping with the dew dropt 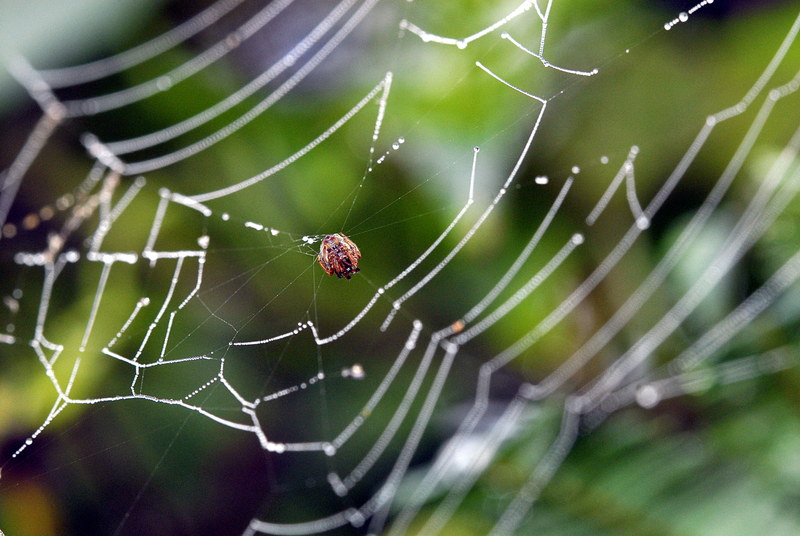 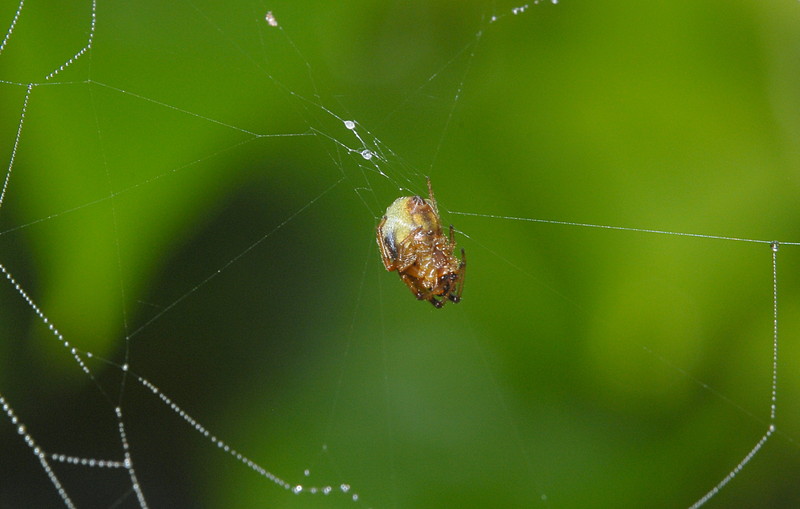 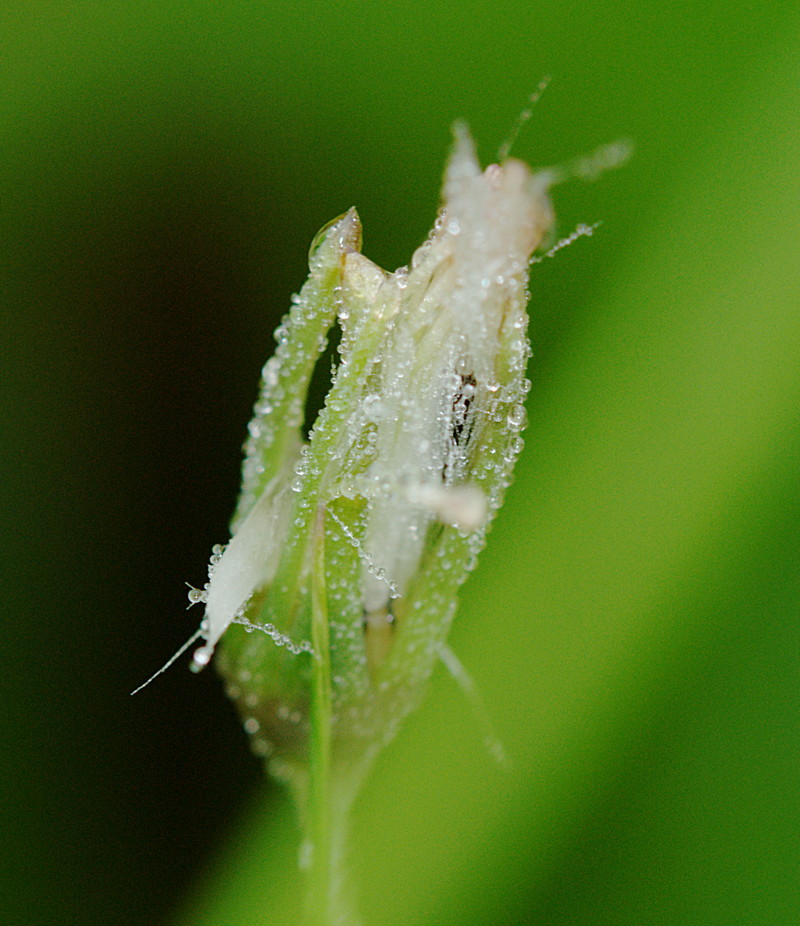 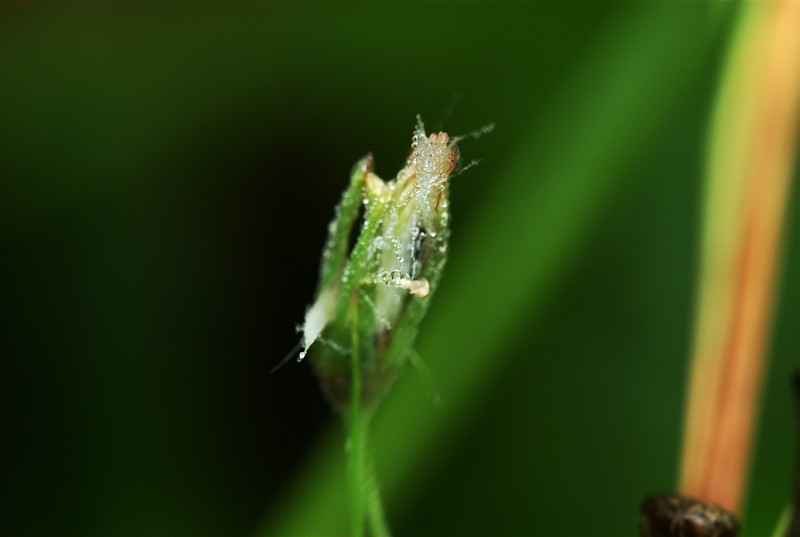 In her home - before I opened the front door. 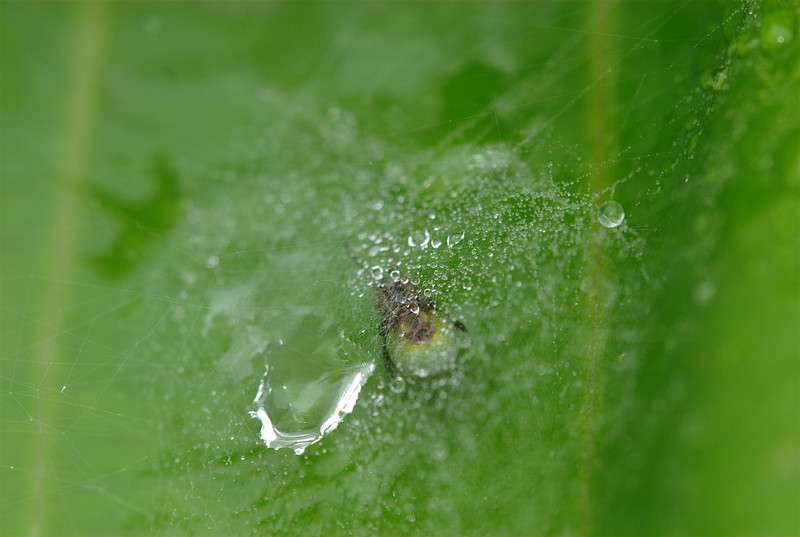 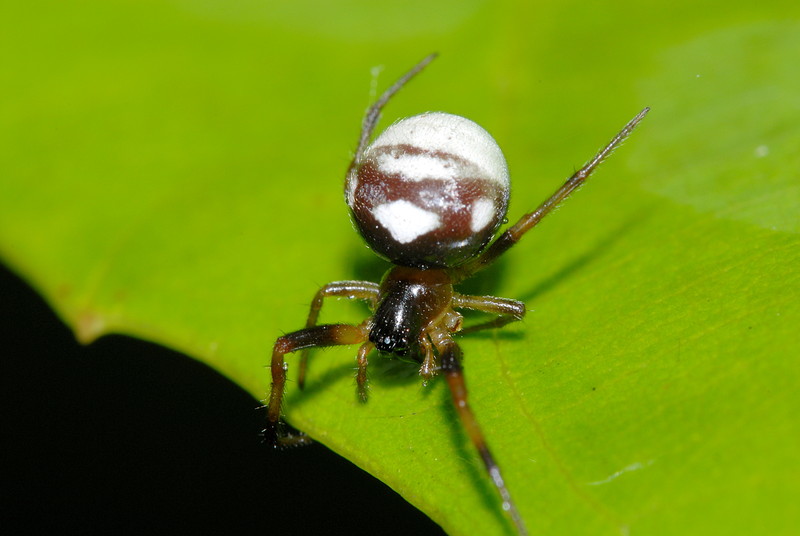 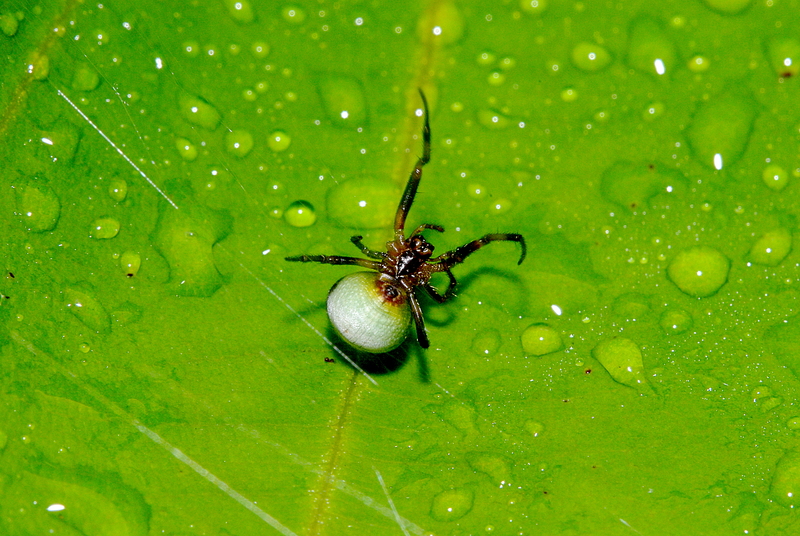 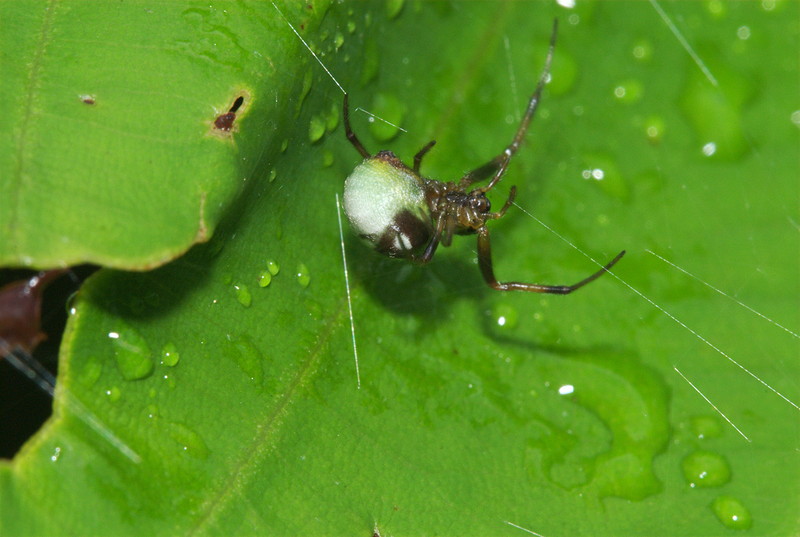 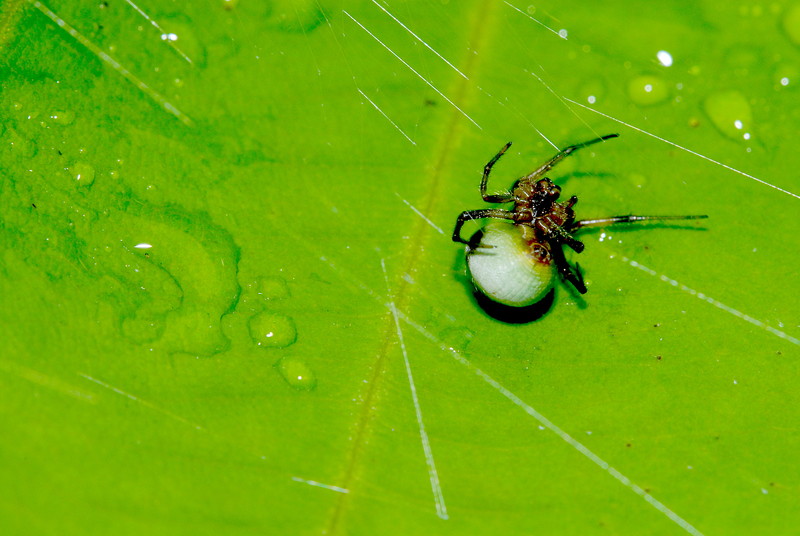 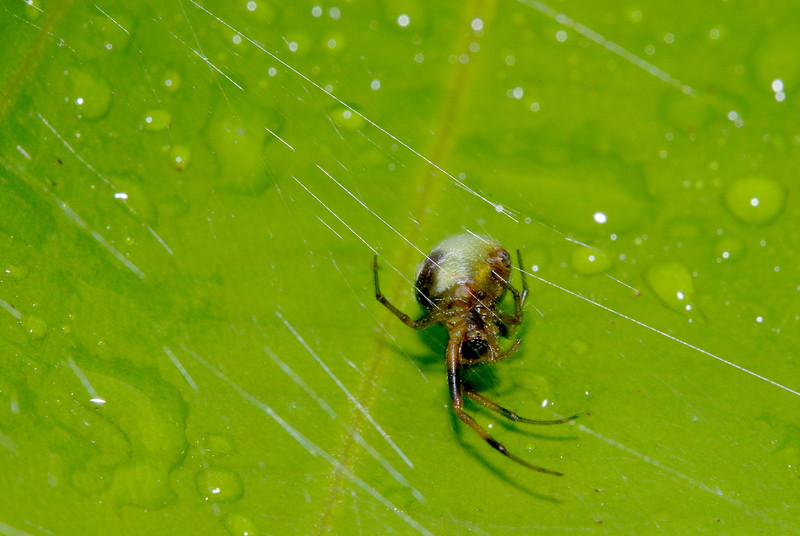 In her web of tangled strands 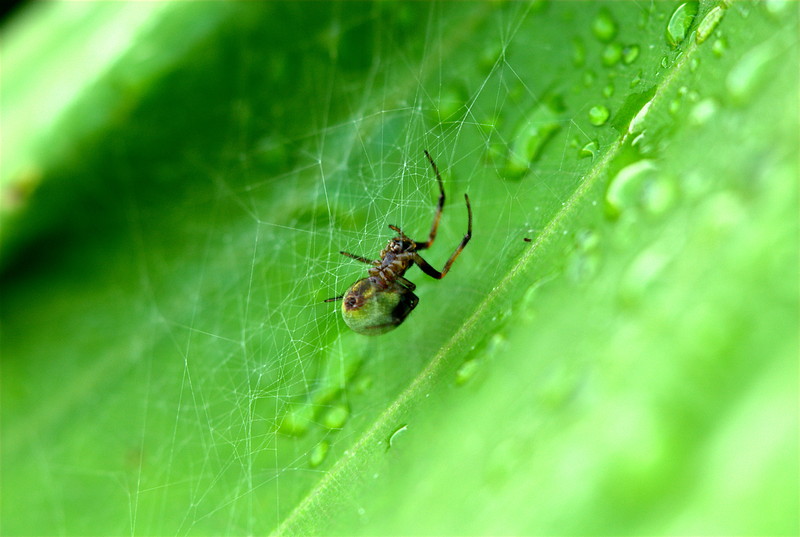