During 1993-1994 academic year, Ellen and I lived in Madras. The Congress party was voted out, the BJP party was voted in and after some time, the name was changed to Chennai.

Early during our stay in Madras, we met Raj and helped him bring a group of believers together for weekly worship. The meeting place is now Christ the Rock Church 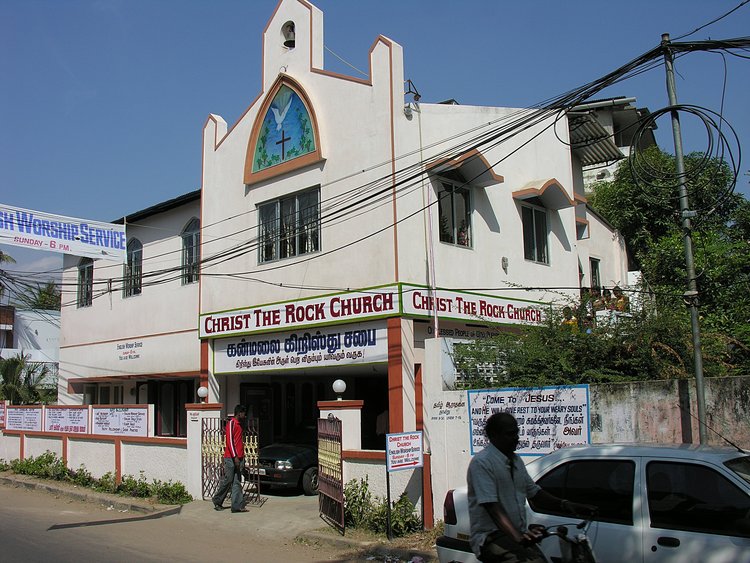 It is situated on a street - looking to the right 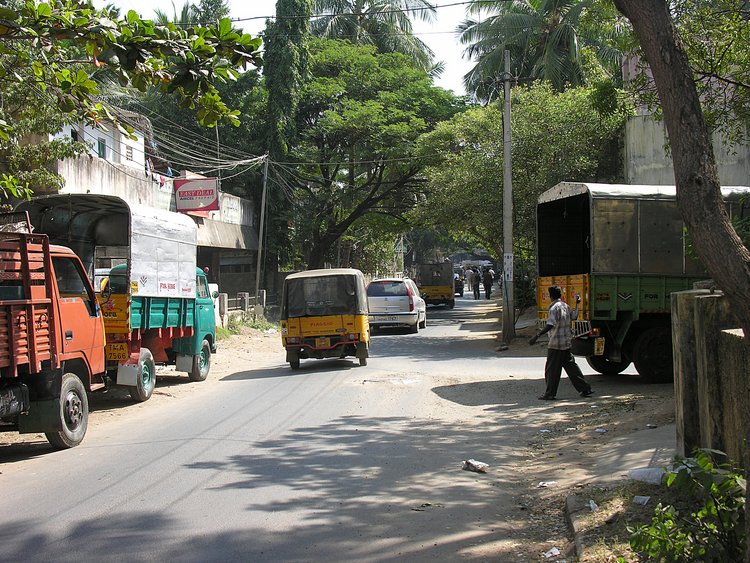 and looking to the left 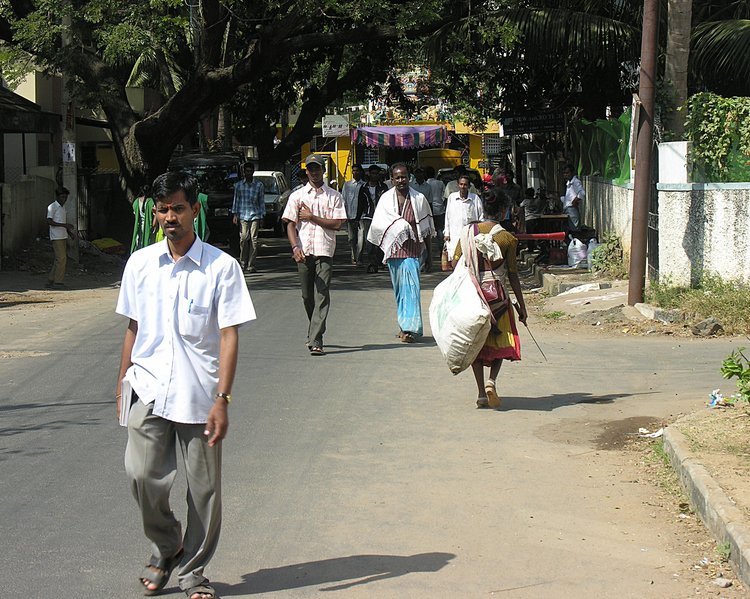 At the end of the street is a small Hindu temple, with the gate locked 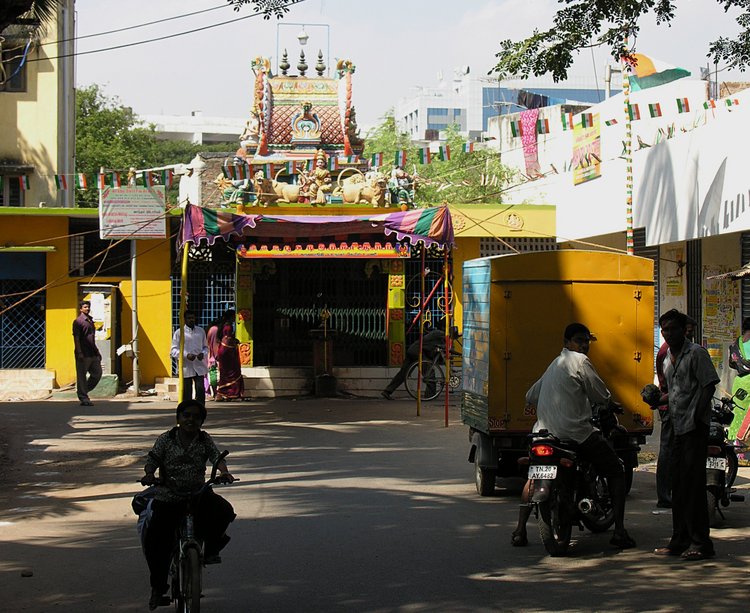 and along the street are all the conveniences - an ironing service 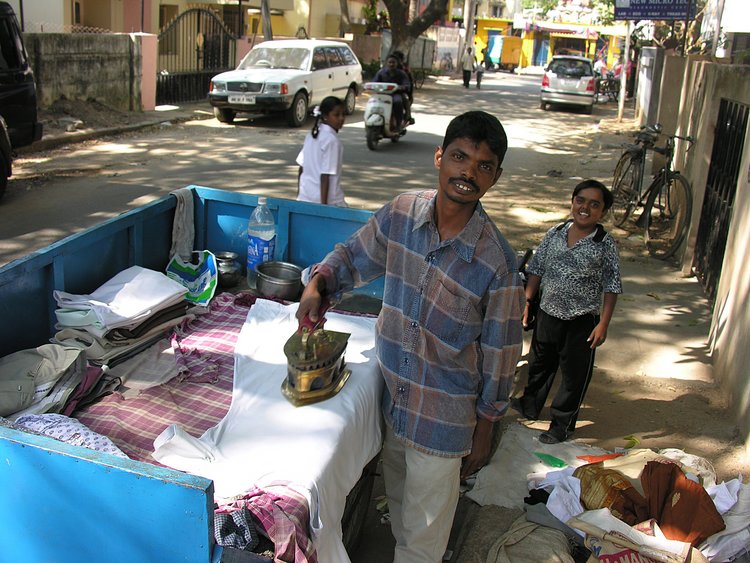 and a tailoring service 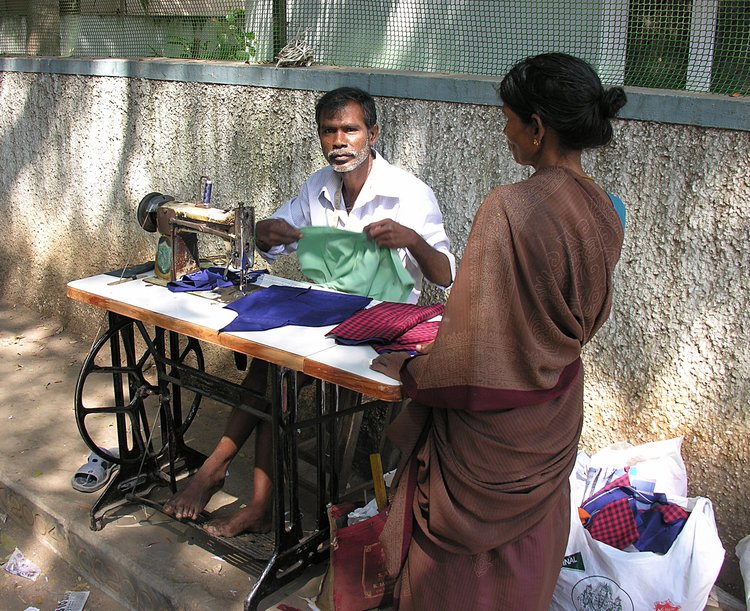 Transportation is humorous, unless you are driving. Here is a typical multi-passenger motorcycle 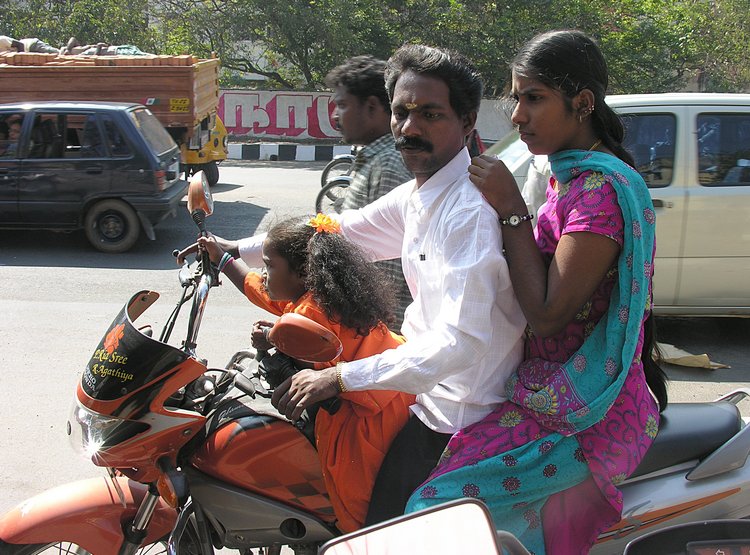 Near Raj's home is the new IT City (Tidal Park) 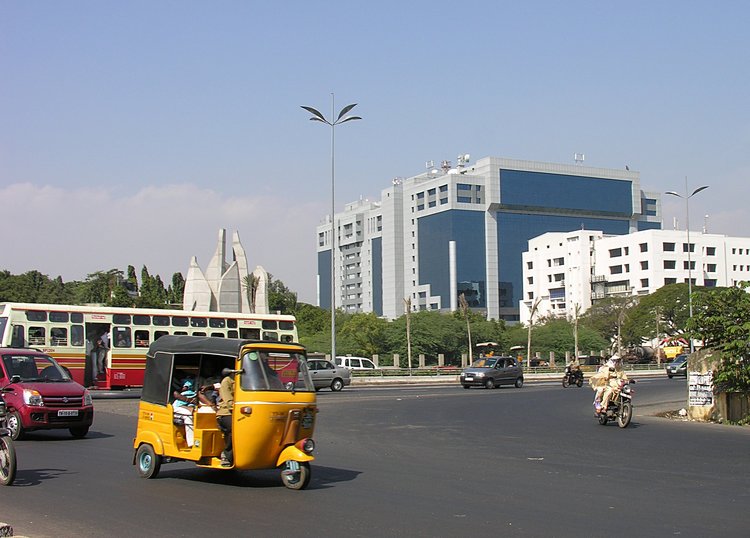 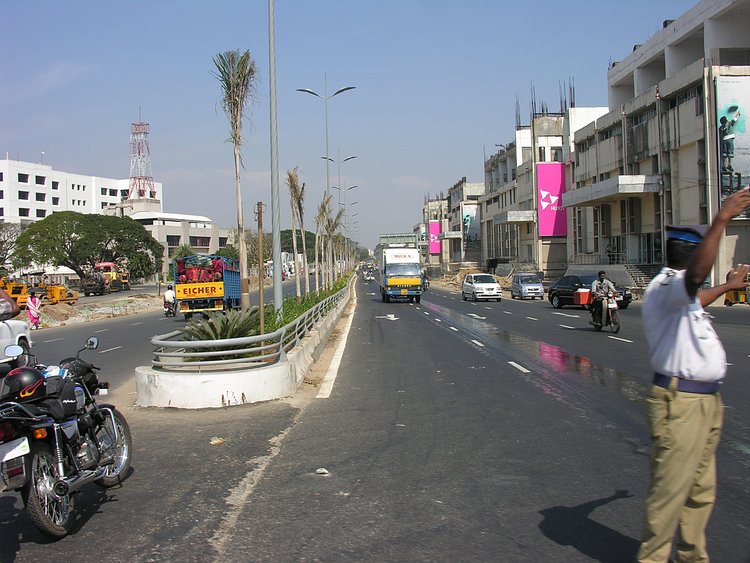 There is a new train station to town 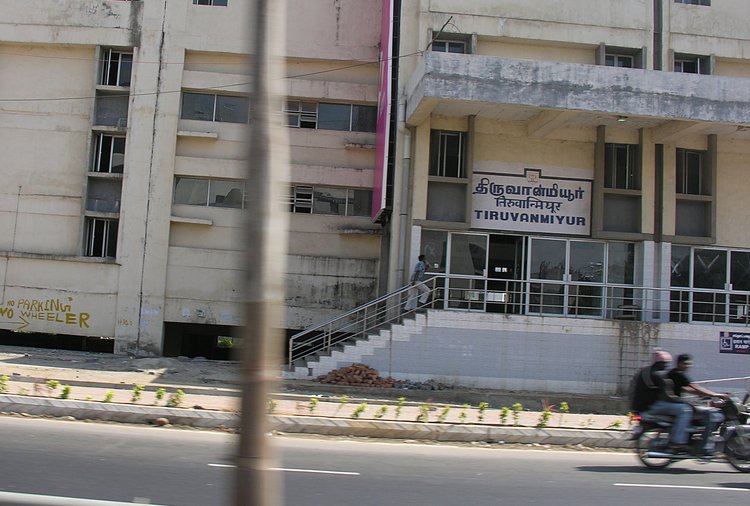 There are signs indicating how to get there 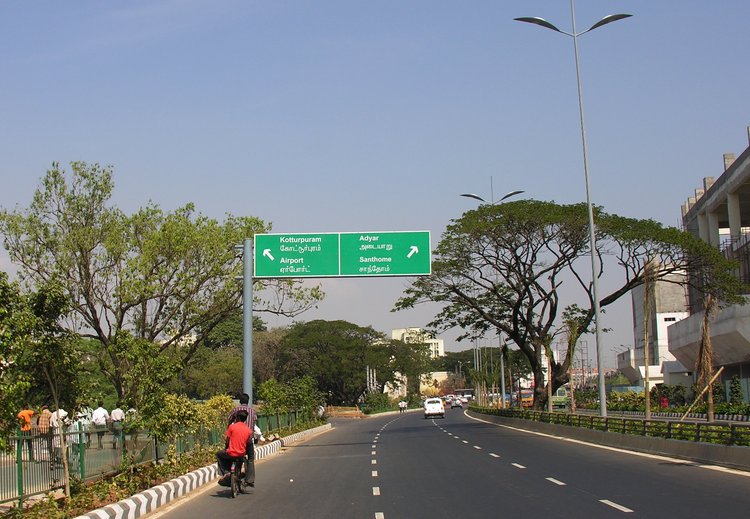 There are even signs indicating that the road has been extended around a tree. Chennai's contribution to keeping South India clean and green 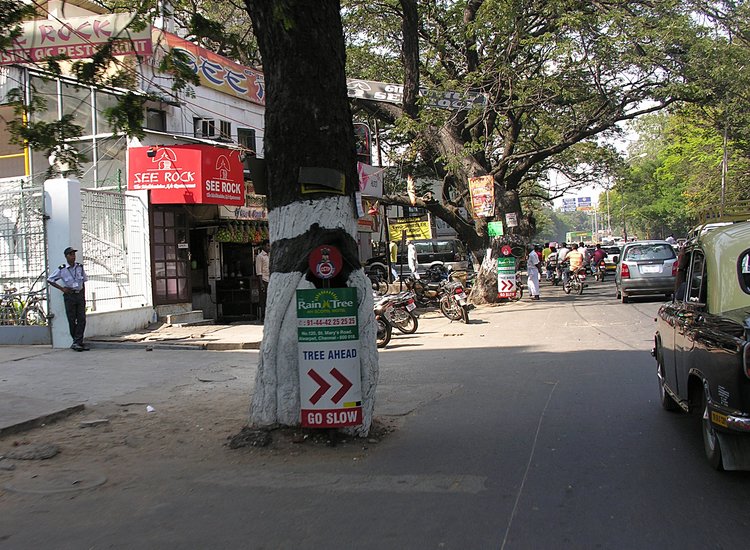 Here is the flyover in front of IIT 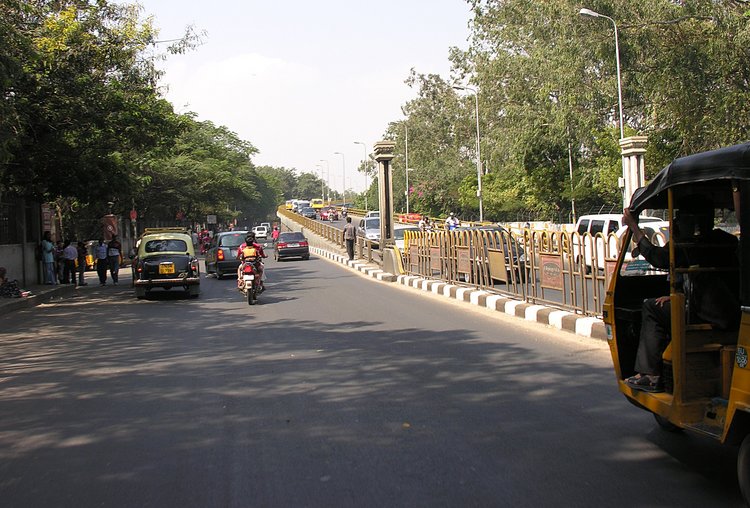 and here we are driving along one of the roads inside the IIT campus. Note the trees. The temperature within the IIT campus is typically 3 - 5 C cooler than in town (either Chennai or Adyar) 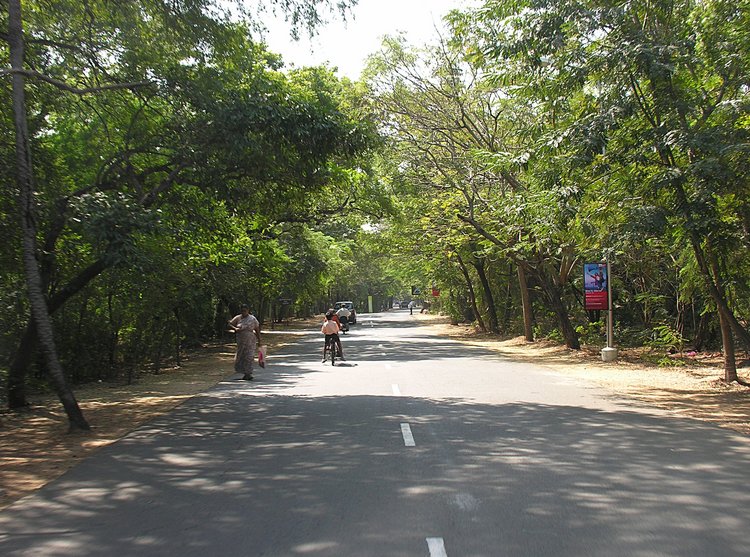 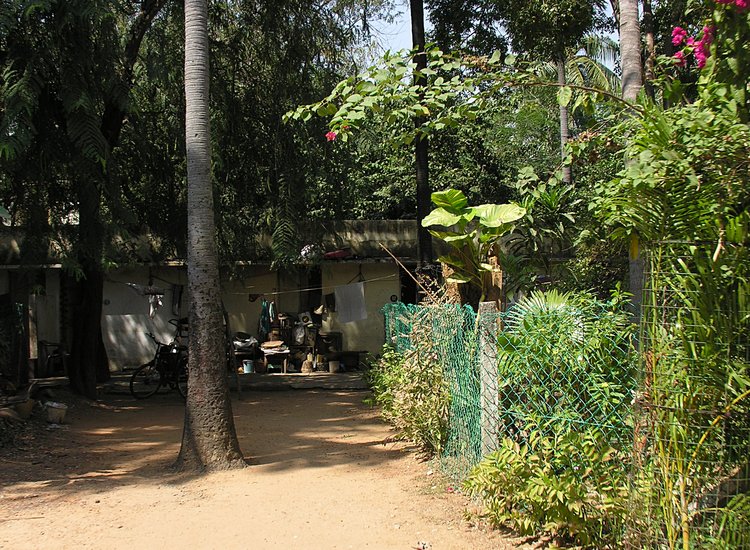 and here is Suseela. She has two daughters, Devi and Radha. Devi is now married with two small children (1 and 2 years old) and Radha is making her own path, with additional education and hard work. 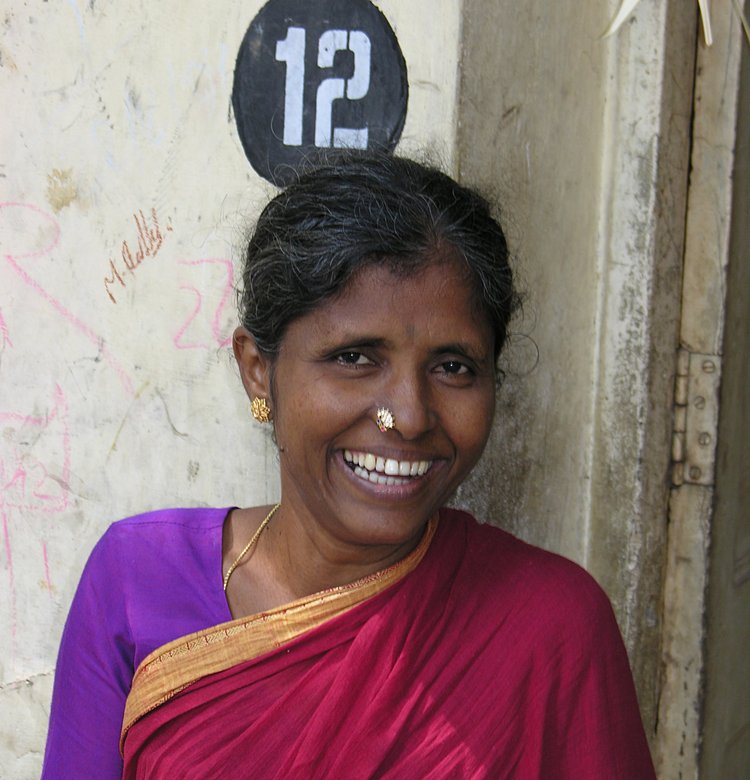 Here is Suseela with one of the neighboring kids 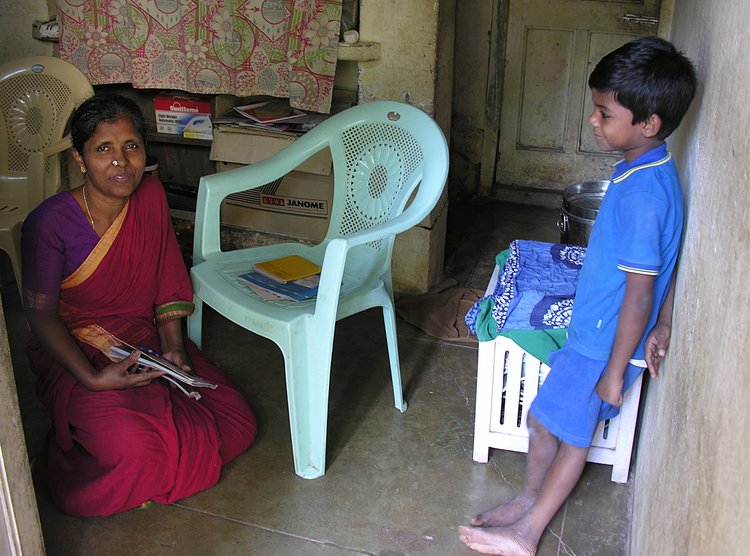 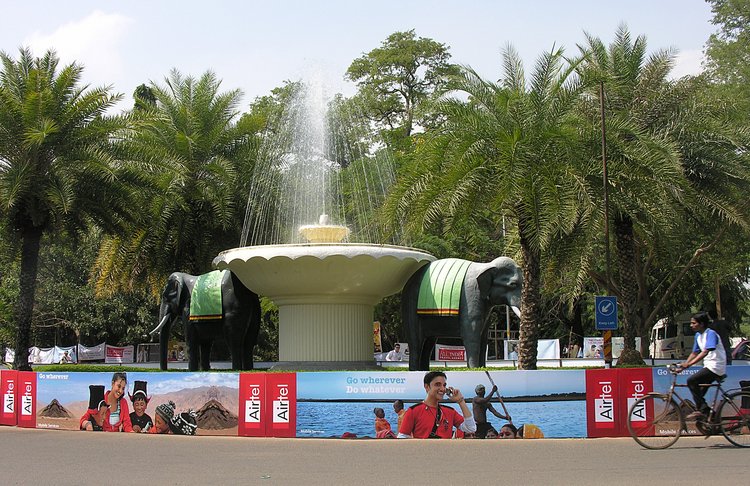 This is D-2, where Ellen and I lived for a year 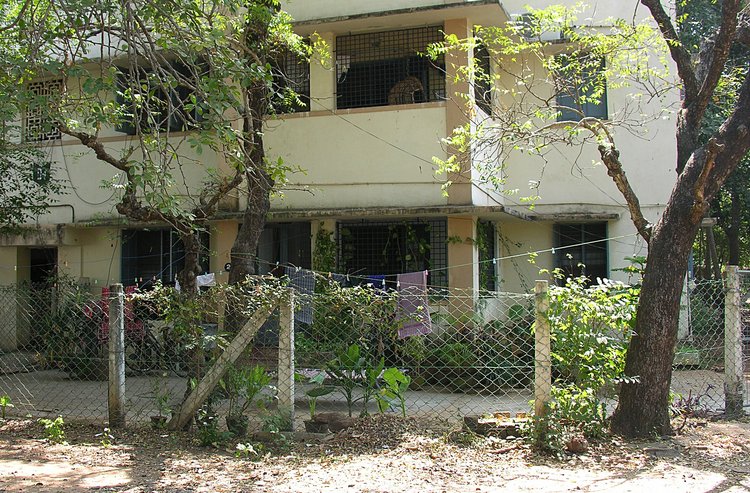 Then outside IIT, the is the typical traffic while driving into Adyar. If you spend any time in India, you will hear continuous horn blowing. This is not an accident. It is encouraged by almost everyone - as seen from the sign on the left side of this water truck. Experience the 2nd Horn Concerto by Sri Rangakrishnan Cacophony. (3.7 MB mpg) 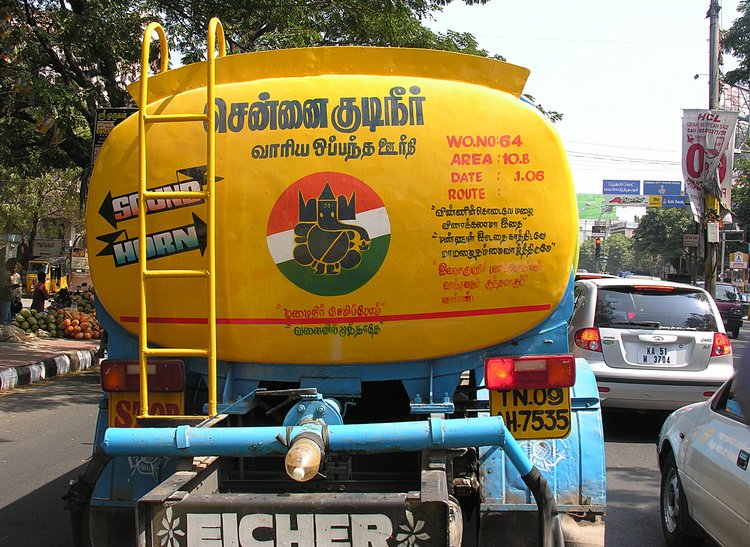 Note the sign to the right - requesting drivers to avoid mobile phones (I suspect that many fall out of cars while driving and because they are so expensive, it is helpful if drivers avoid running over them) 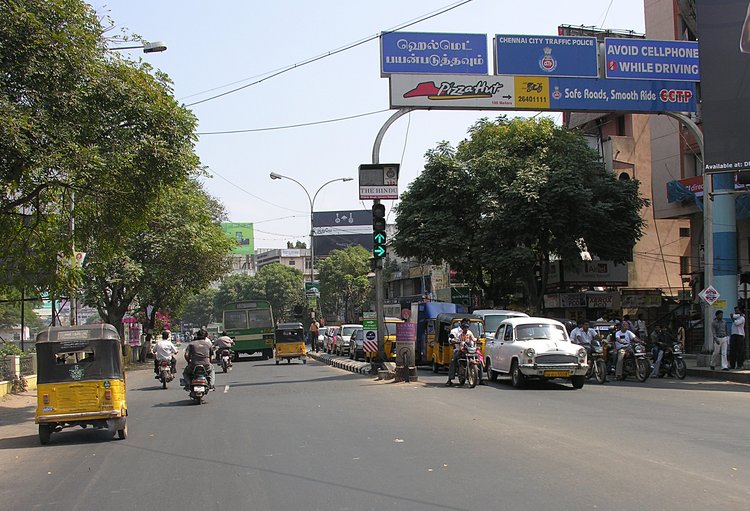 The main stop light in Adyar 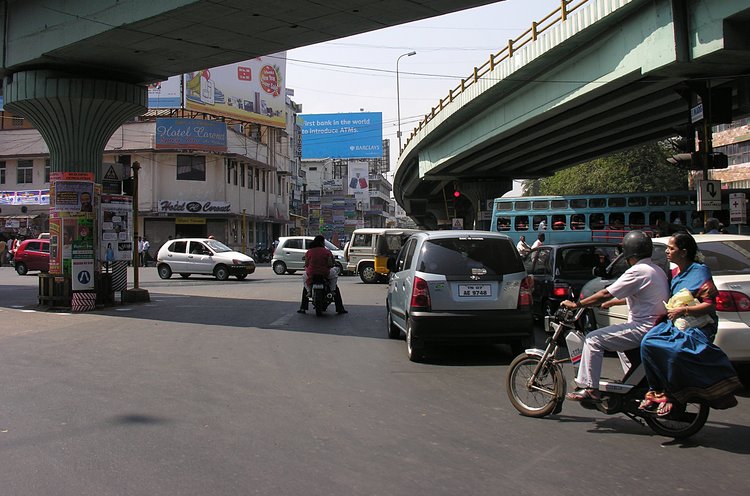 Fresh fruit along the street 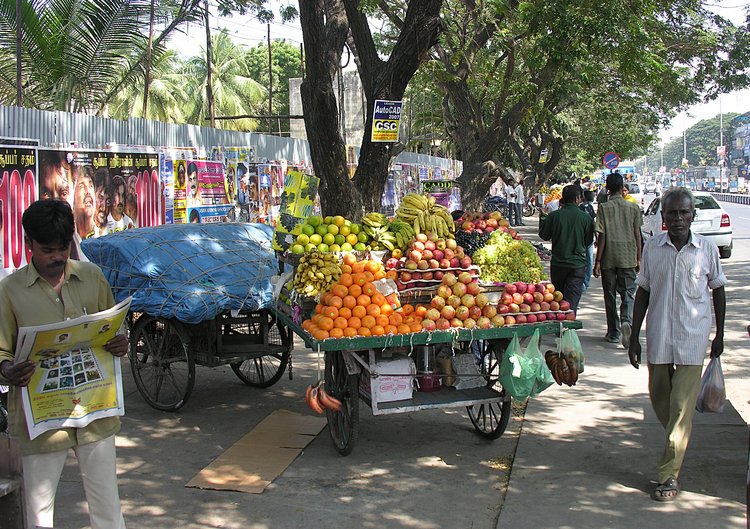 and new homes where there used to be only thatched huts 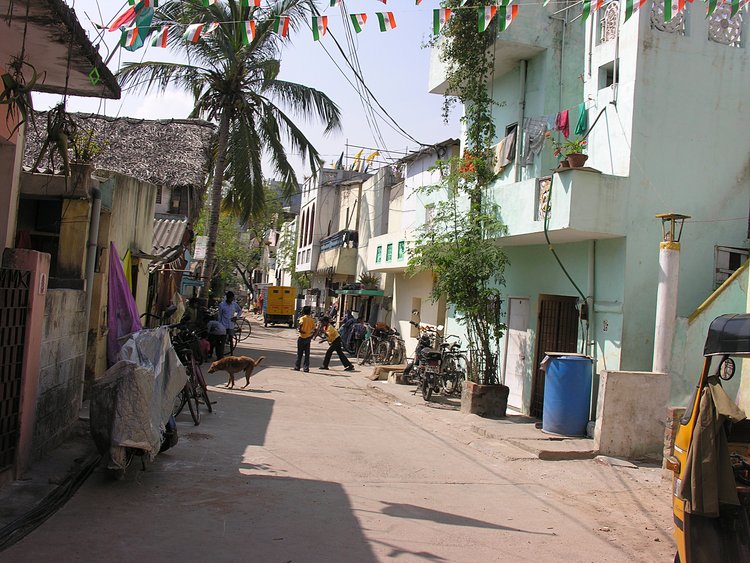