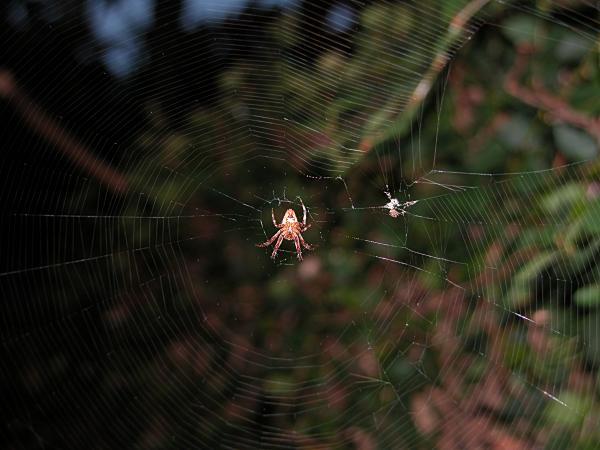 Watching a spider weave a web is a wonderful experience - you just have to get your timing right. For Neoscona hentzi, web making begins in the early evening and is over in about 30 - 40 minutes. After the supporting structure is in place (I've not watched this yet), she builds the radial segments, starting at the center hub and extruding a silk fiber from her spinneret as she rapidly climbs to the perimeter of her web. She then returns to the center, extruding an inward-directed radial, by climbing along the radial segment she just made and attaches this second segment to the central hub. She then starts the same process rotating her direction by about 120 degrees, drawing first an outward-directed radial from hub to perimeter and then an inward-directed radial from the perimeter to the central hub. She continues this until all radial segments are in place.

Here are some photos and a video of several steps in web making. First she is resting and then starts rapidly building radial segments. She then completes the last radial element and starts the outward directed spiral segments. Then there is a video segment of continuous spiral weaving. Enjoy.

Night weaving by flashlight (13 Mb quicktime (mov)) This clip is from a sony digital video camera, 3 15 sec clips, merged with iMovie, and transfered to this page. I have yet to figure out how to export as a plain mpg (iMovie provides mp4, mov etc - but no vanilla mpg).

Click to watch me weave my web (33 Mb mpg video) There is a light near the left center that is close to the center of her web. This is a good reference point to use as you watch her weave radial and spiral elements. 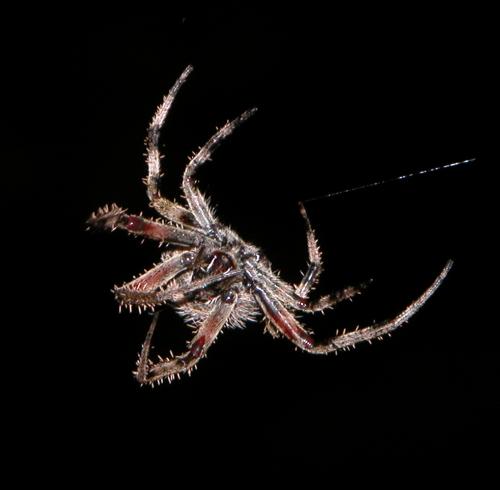 Here she is, looking as if here legs are scrambled. Unlike the slow and deliberate weaving of Natasha (Nephila clavipes), Sasha, (Neoscona hentzi) is faster than greased lightening. Her movement is rapid, and because she builds her web at night, it is difficult to capture in photographs the skeleton of her web and her weaving recipe. 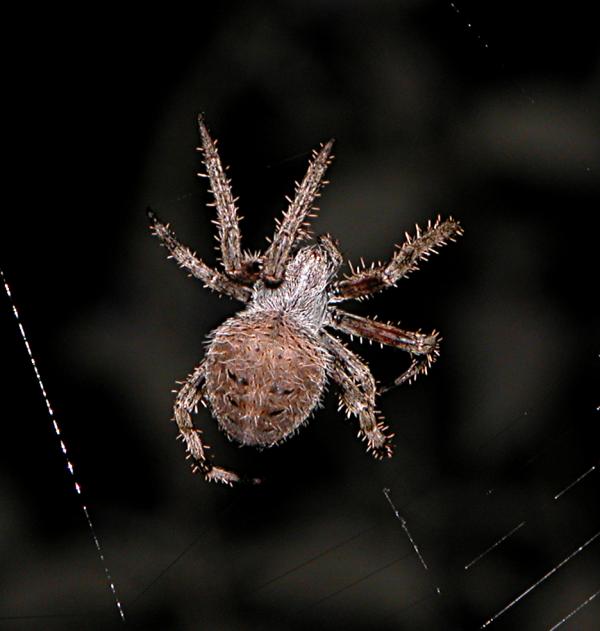 Here she is, walking around the radial spokes of her web. Click on the photo and you will see her and some of her web skeleton. She has placed the radial spokes and is weaving the spiral with large spaces between each rotation. Later she will fill in the spaces. If you look carefully at the photo (after clicking) you can see the silk fiber from her spinnerete to the attachment point. Her left back leg is directing the silk (it appears as a black line). 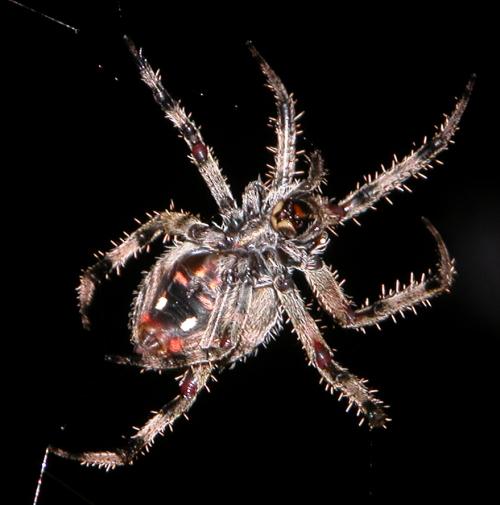 Here is a better view of her extruding silk from her spinerette. The silk is not evident, but her back right and left leg are guiding the silk as she places a spiral segment between two radial spokes. 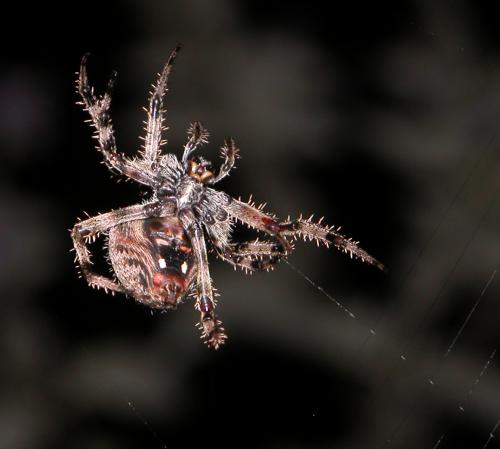 Here she is glueing an extruded segment of silk to a radial. Again, it is not very clear because its night and there is no reflection of the flash on her web. But - glueing is what I think she is doing. 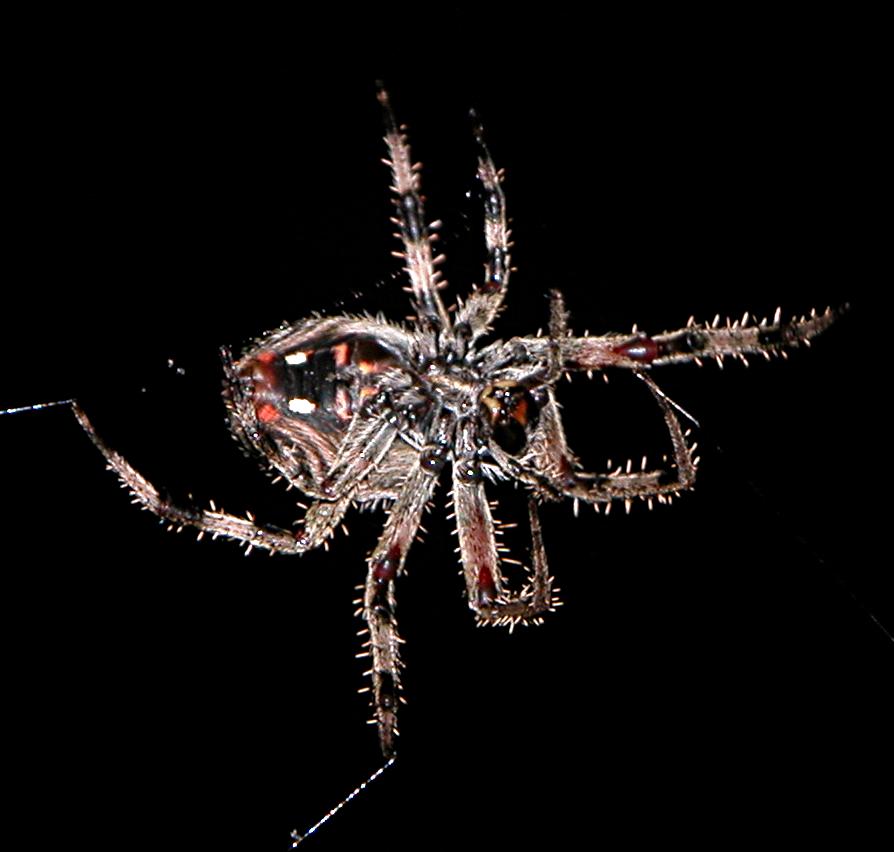 Here she seems to be straddling several web segments - I am not sure what is happening, but the photo shows her in an interesting presentation.

For another description of the web building process visit Australia This figure is from the Brisbane site and illustrates the major features in building a web. First the superstructure, then the radial elements and finally the circumferential elements. I have not witnessed the building of the superstructure. Recently I watch Sasha hang by a short length of silk, apparently waiting for the wind to blow her in a direction that would form the first element of the superstructure. Nothing happened for about 20 minutes and I got tired of waiting - so I'll try again and see what happens. For more information about web, see Australian Museum Online.