There was a strong rain this morning - but this afternoon was clear. Some surprises. Both Nephila web locations displayed new webs - In one web, the mating game was well along - with the male very actively wrapping the female head (cephalothorax) with silk. The above videos show weaving by the male - hopping around her abdomen, then more weaving. The final video (be patient, it is long) shows what I think are the last stages of mating: he walked around to her ventral side and started serious mating. This was paralleled with some slow motion of the female legs. He finished and raced up the ventral surface of her abdomen - and onto the web. After a moment of hesitation, the female took chase. Below I pulled individual frames from the video that appear to show that he dropped from his place in her web, but she was able to grab his escape strand and pull him to her palps. This is the first time that I've observed the cannibalism attributed to some Nephila

The more pleasant part of this adventure was discovering a new colorful orange insect - possibly a stink bug. 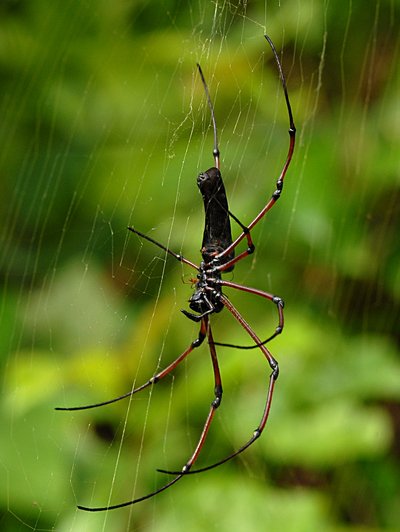 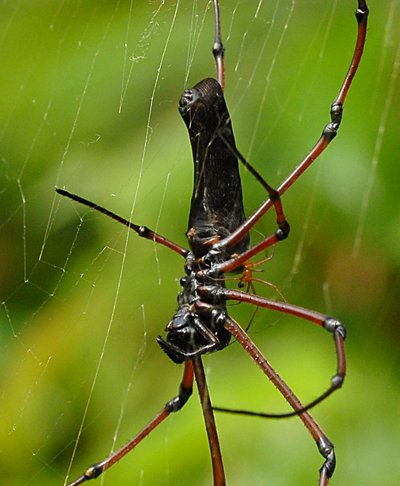 For me the ending of the mating exercise was a downer. Here is a photo of the female - after mating and after having her mate for dinner. From the video I was able to extract the sequence of events that led to his demise - where he apparently dropped by a silk strand to escape the female but in the end, failed. 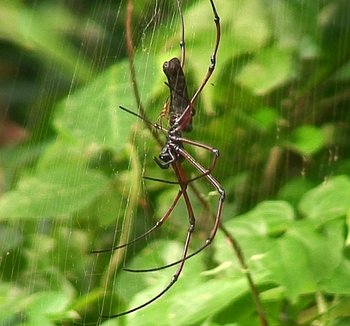 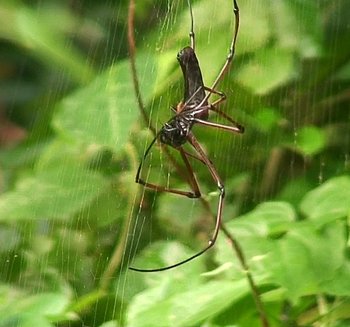 Escape while she continues to user her legs front legs to do something. 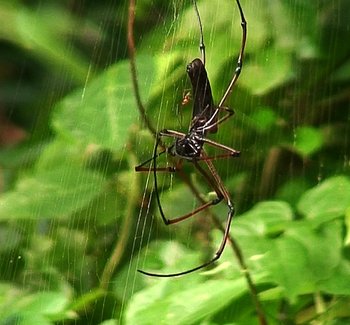 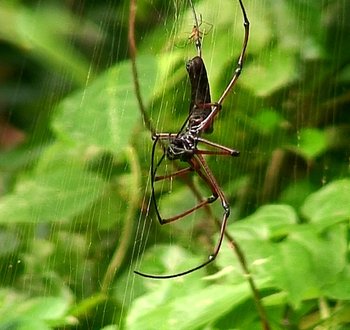 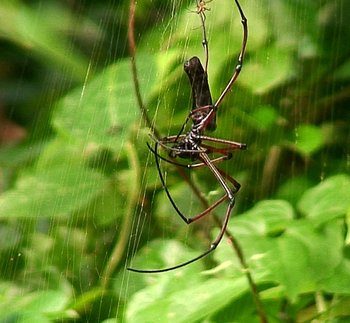 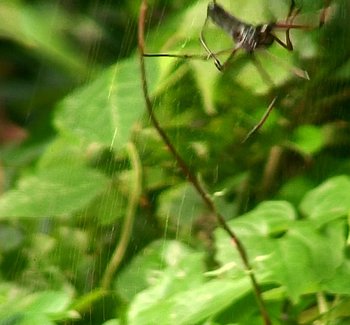 On the right photo, you can see a small orange blob - this is the male dropping from his supposedly safe position by a strand of silk 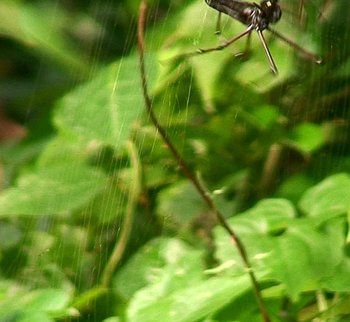 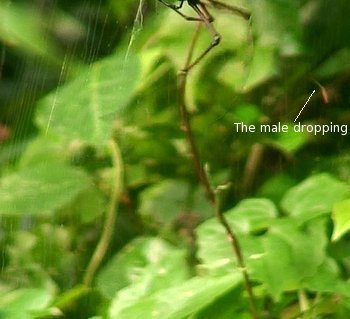 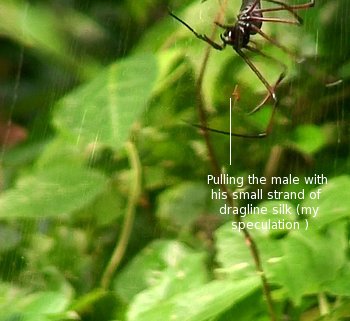 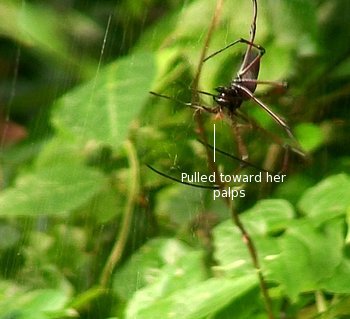 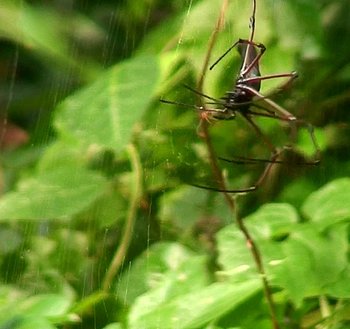 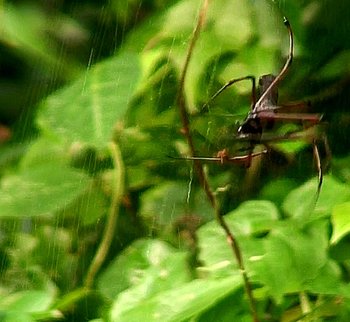 and bring him to her palps / jaws 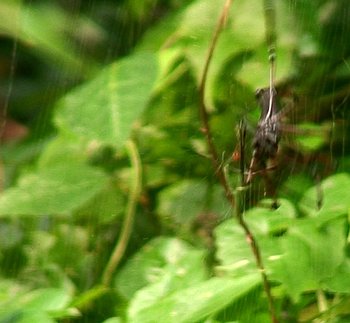 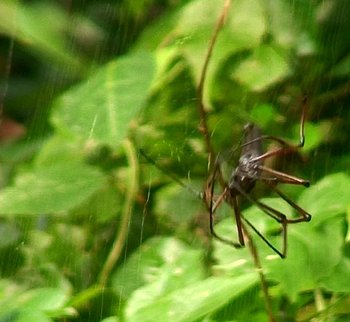 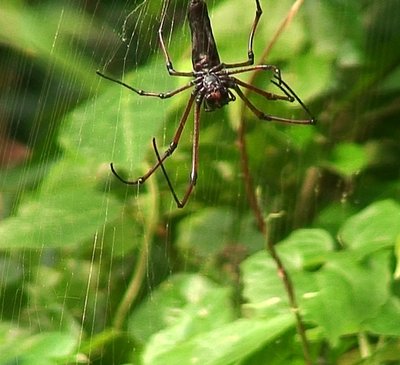 The final solution - back to hunting 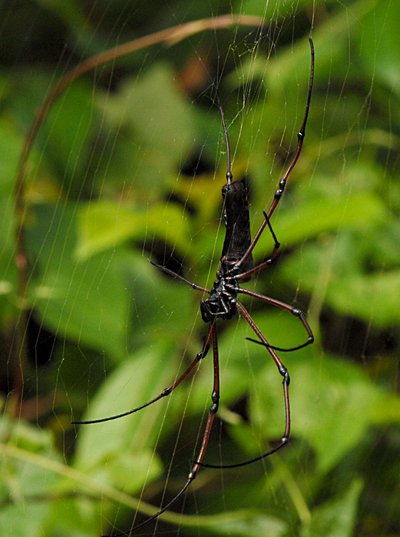 There was anohter Nephila web - but invaded by Argyrodes 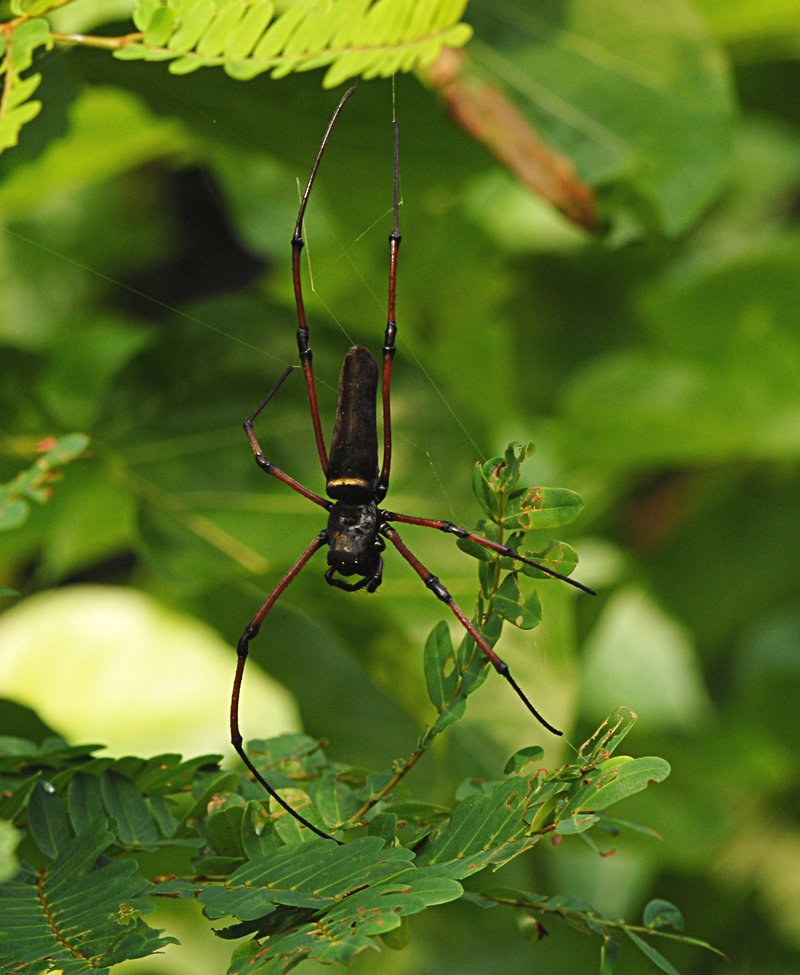 Here is a view with the argyrodes (top - between the legs) 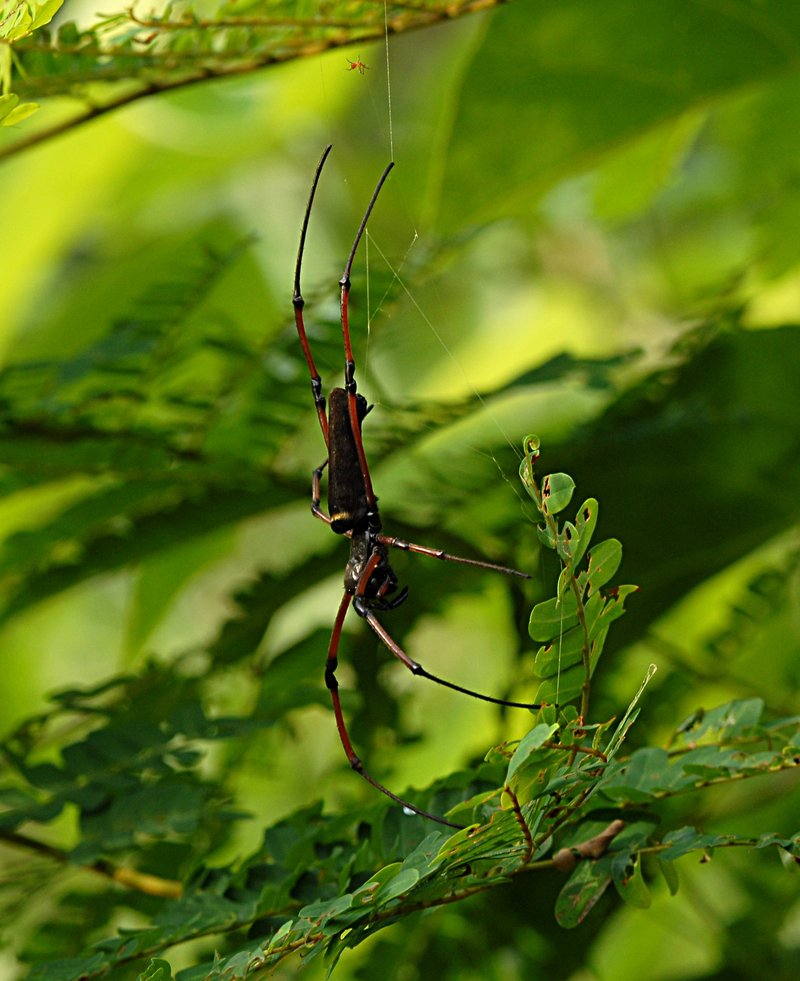 The orange stink bug (I think) 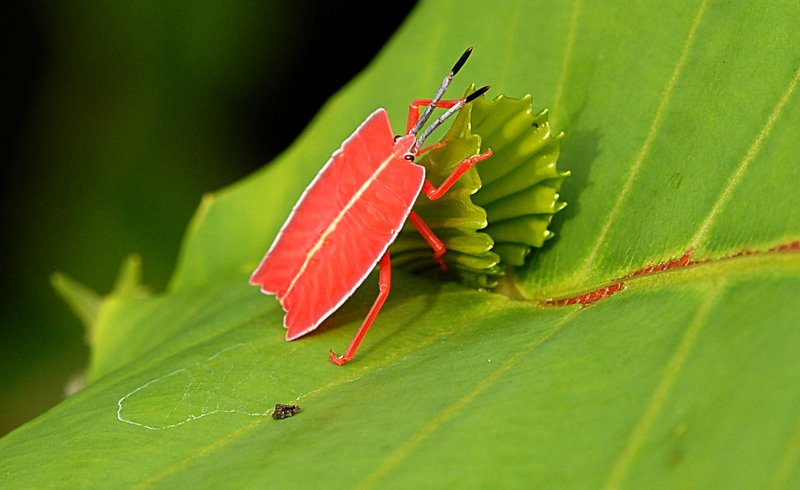 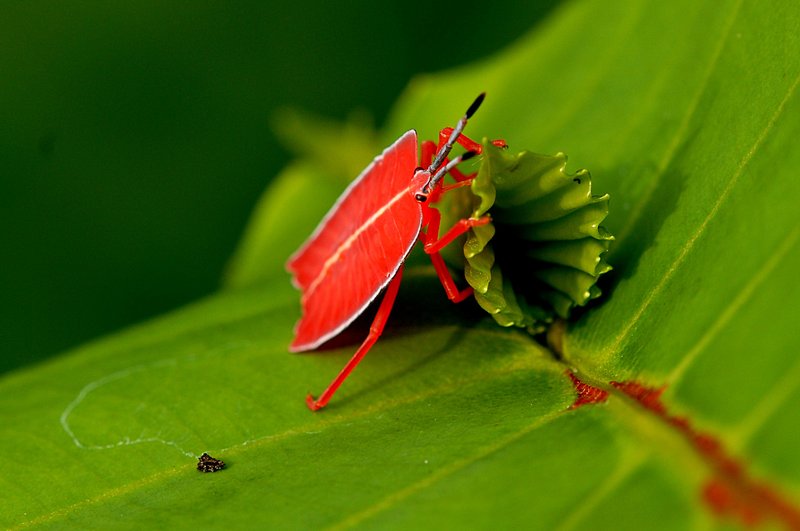 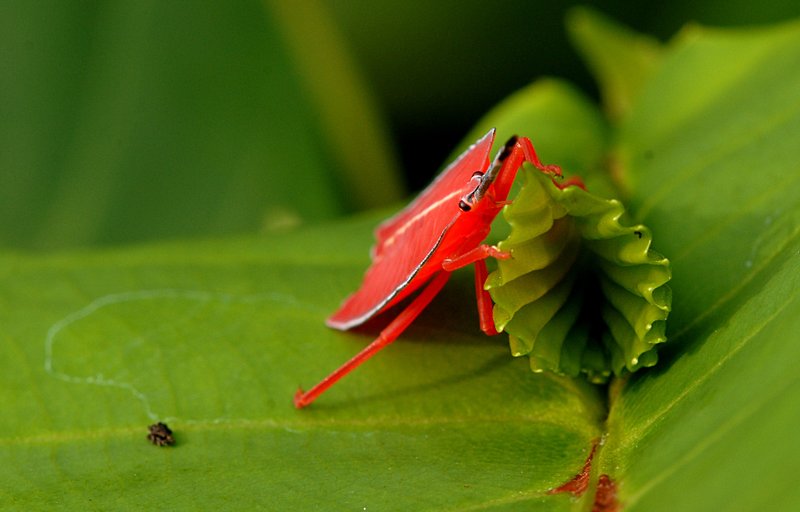 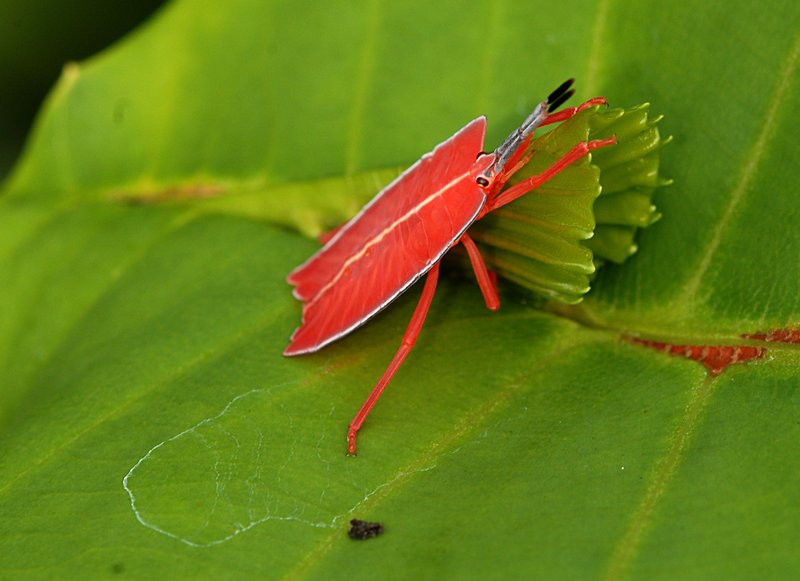 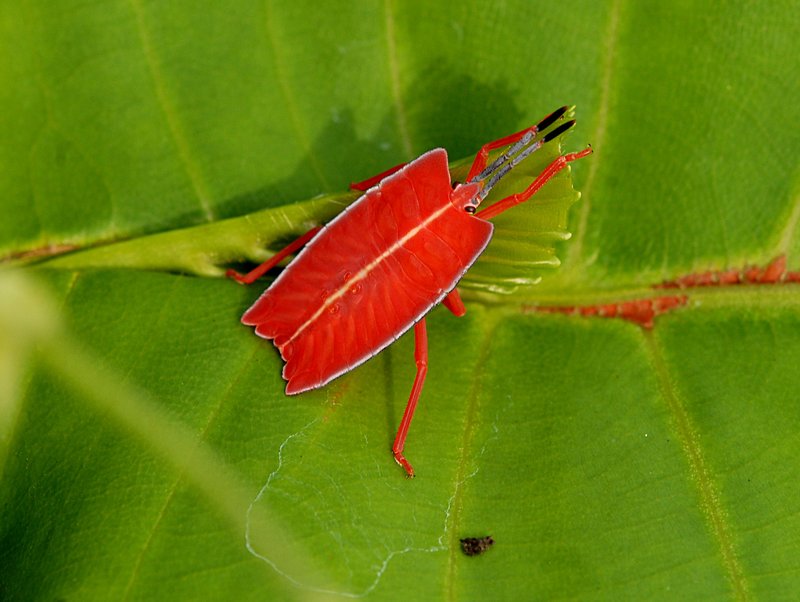 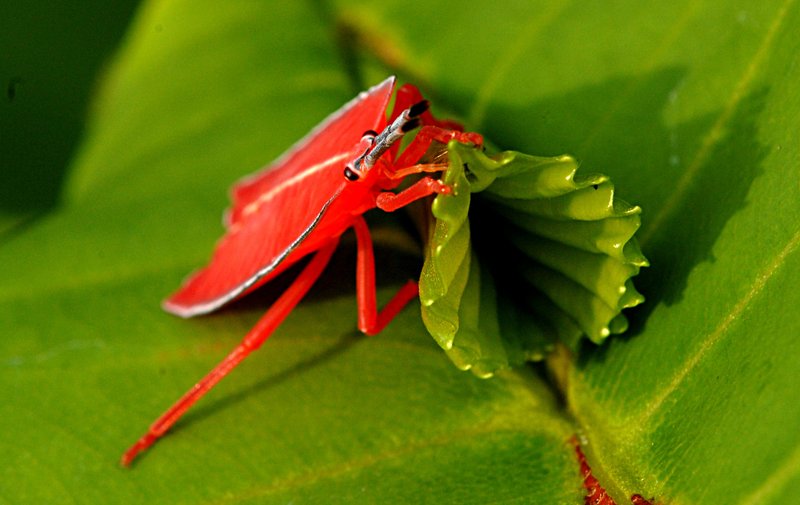 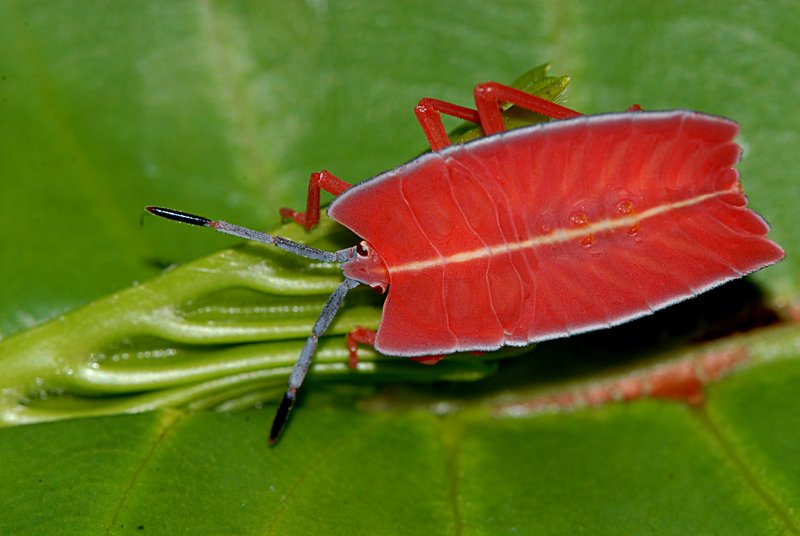 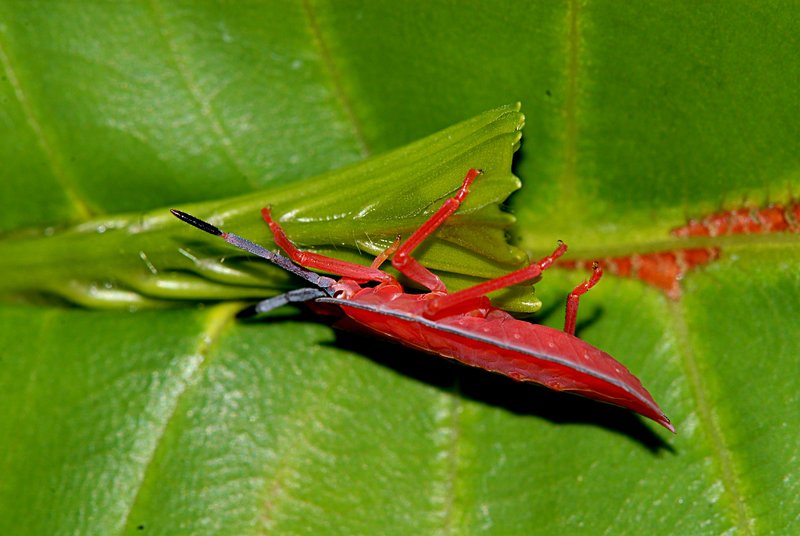 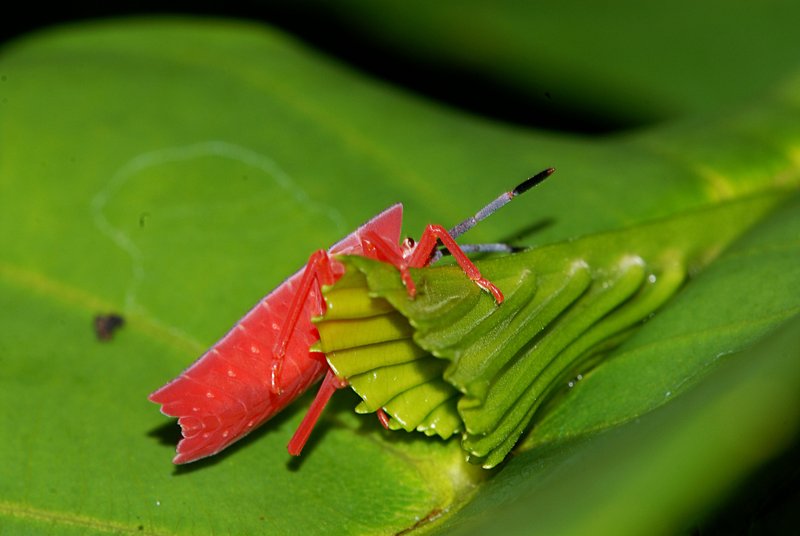