For some reason I got up early and visited the Nephila web. She was busy rebuilding her web. so I captured some early morning video of her weaving 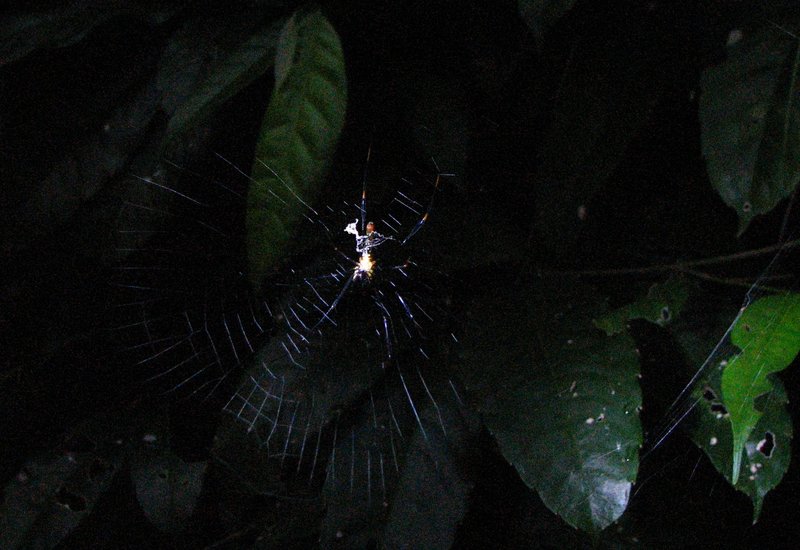 Later, Didin came by and off we went to the countryside to just see more of Bali. On the way, Didin found himself in the middle of Nephila country. So we stopped to look at a huge cluster of webs. Here is one of the Nephila webs 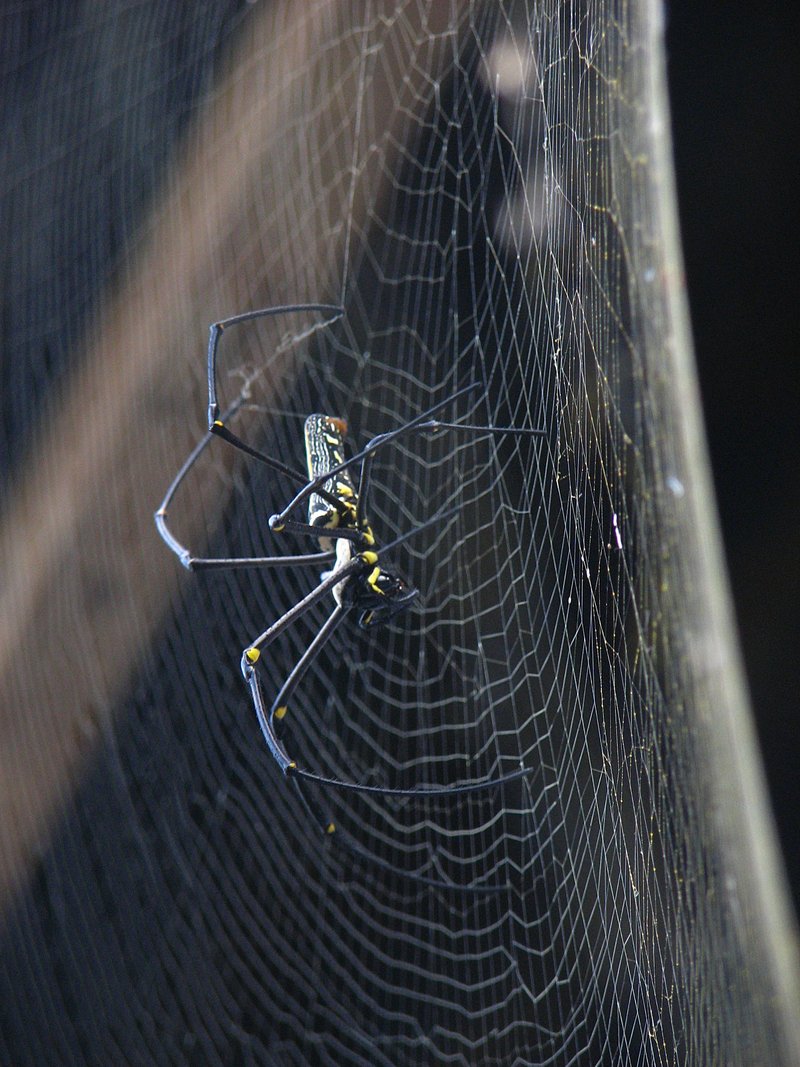 And the web bathed with sunlight with our lady, Nephila in her launching position. 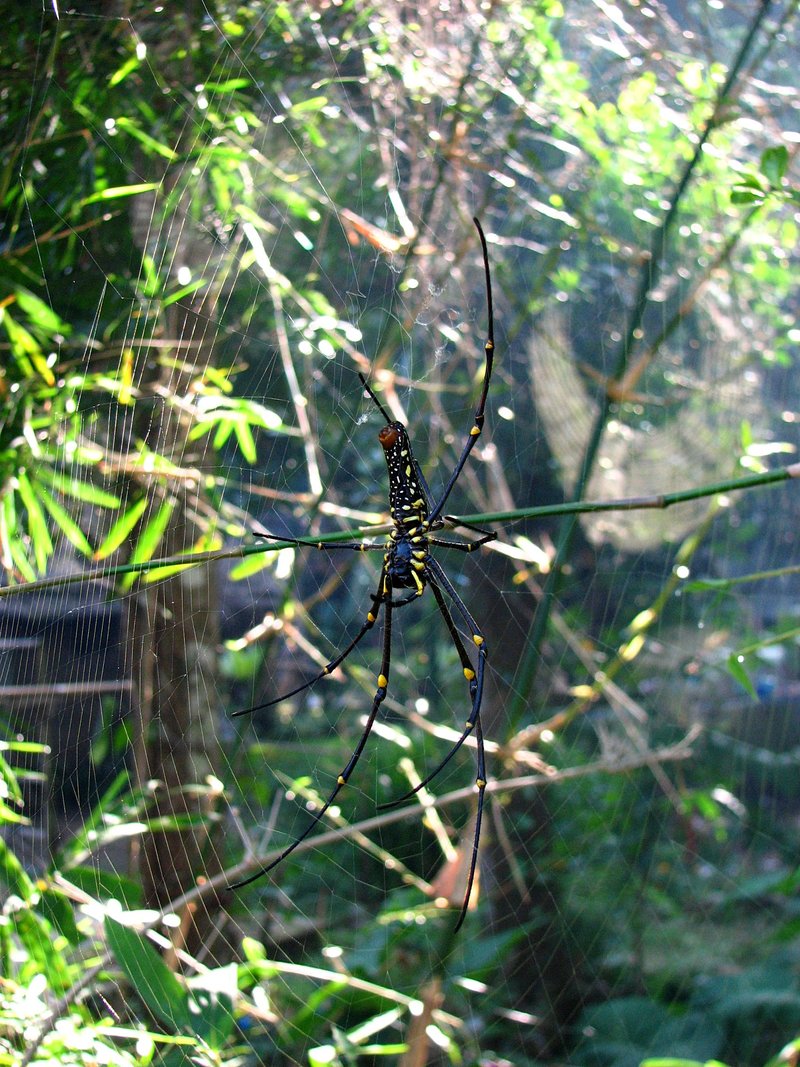 She happened to be weaving her web - and after a short time, returned to weaving as we watched (she is to the left) 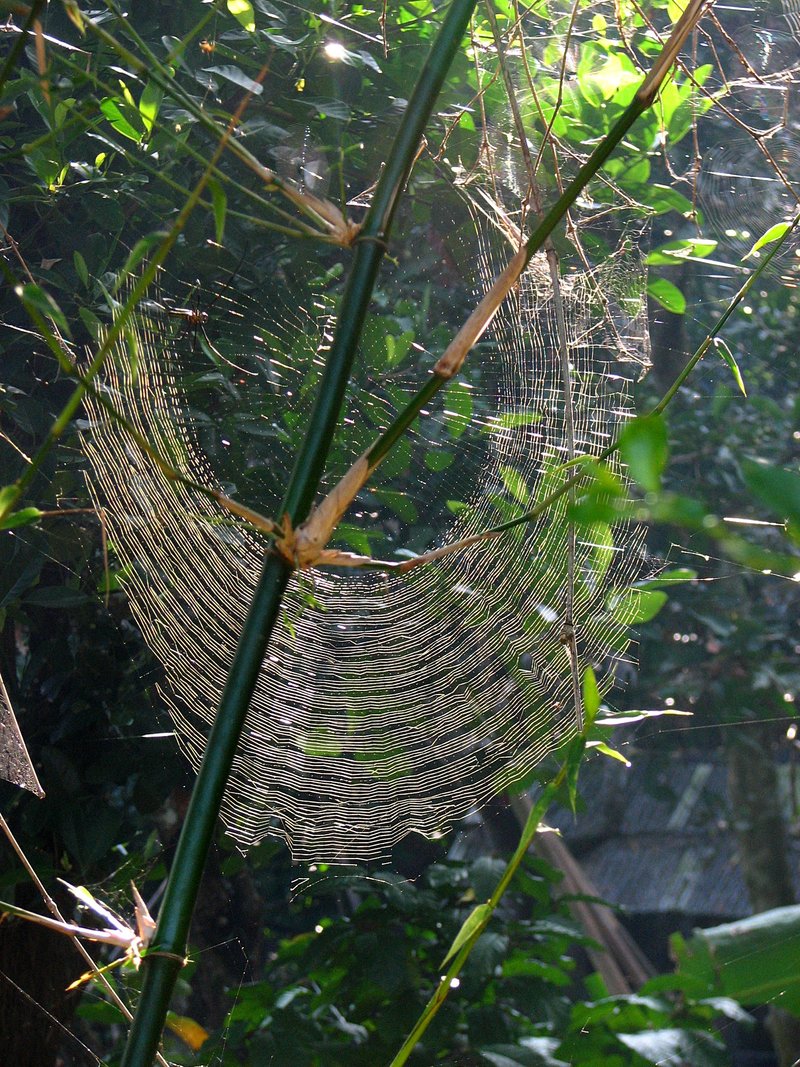 More weaving (near the bottom of the web) 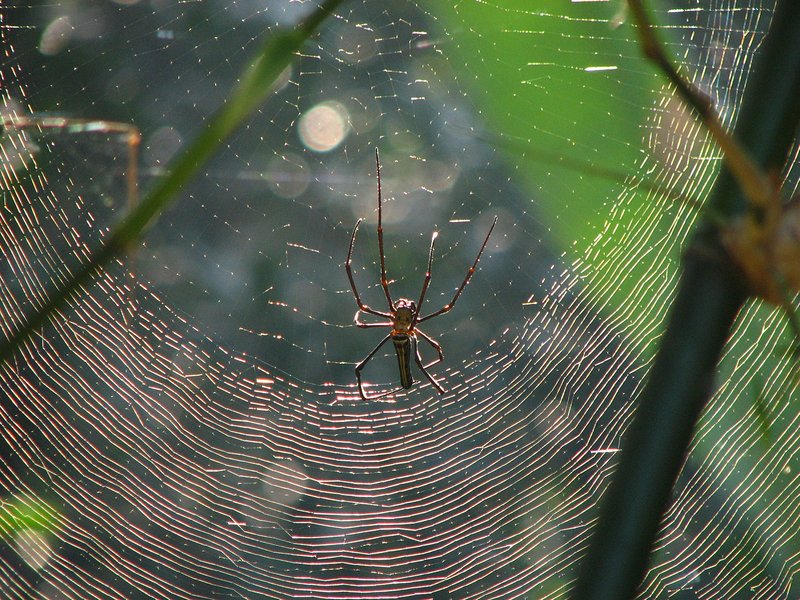 Then a Gasterocanthis web with silk puff decorations 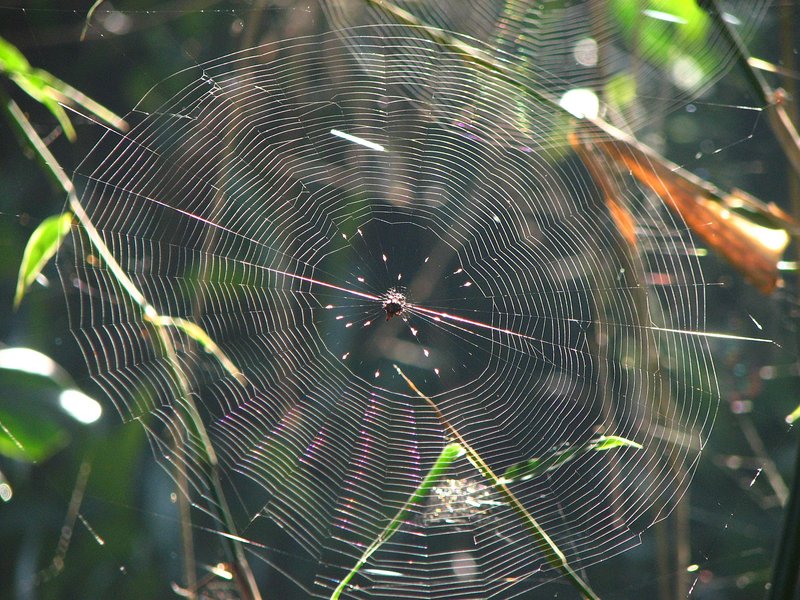 Standing back - just a view of all the web 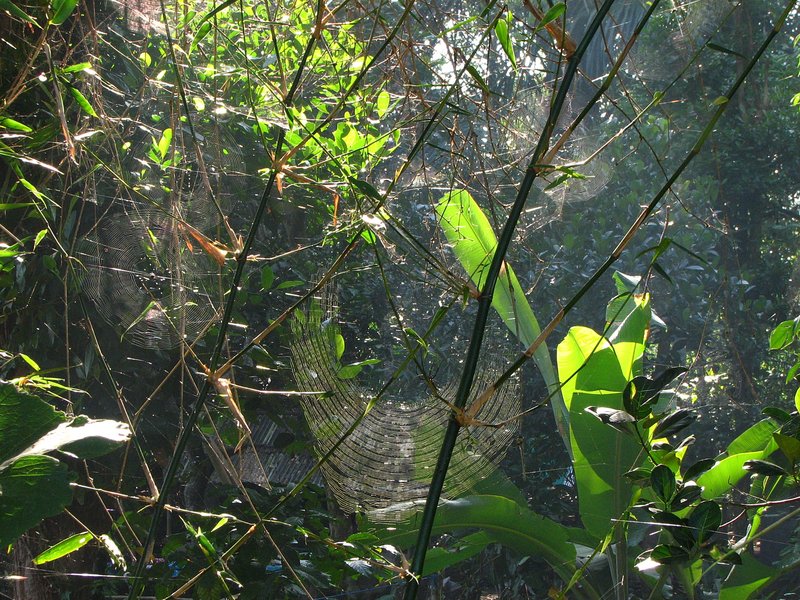 and later to the rice fields 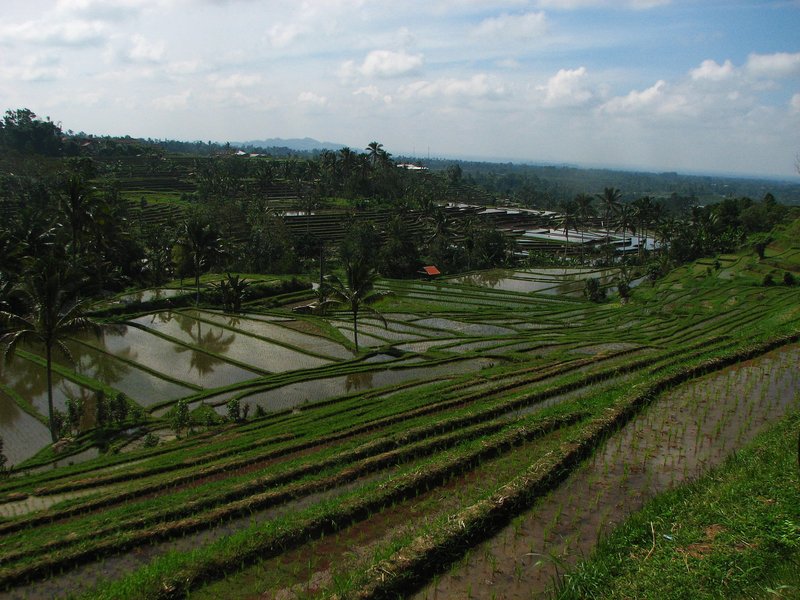 The sky, the clouds and the reflections - no words, just feel the quiet 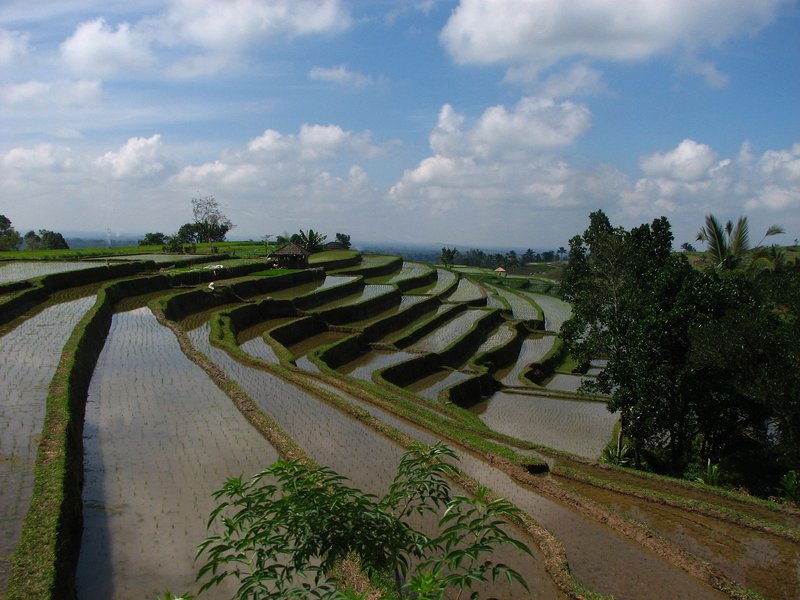 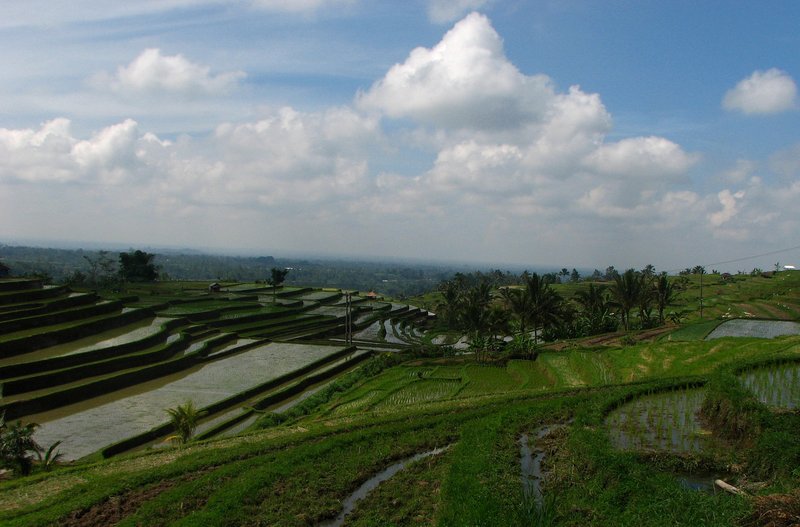 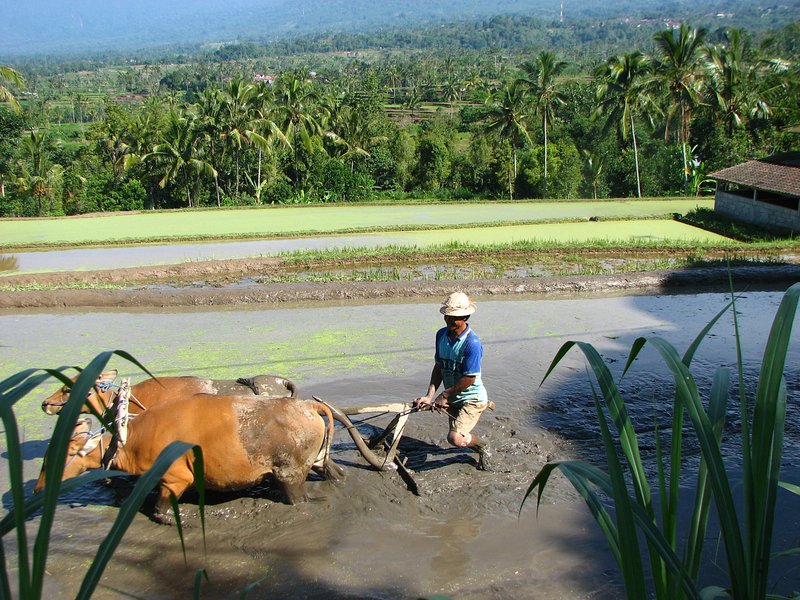 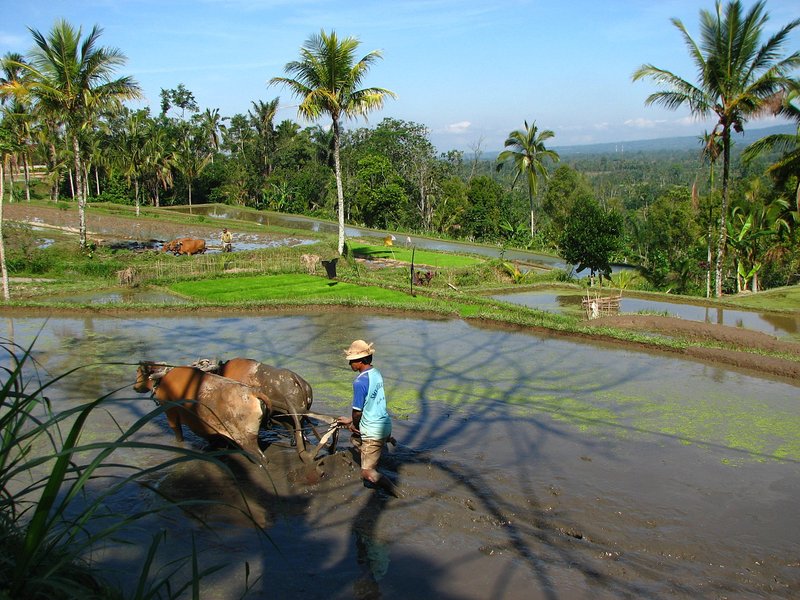 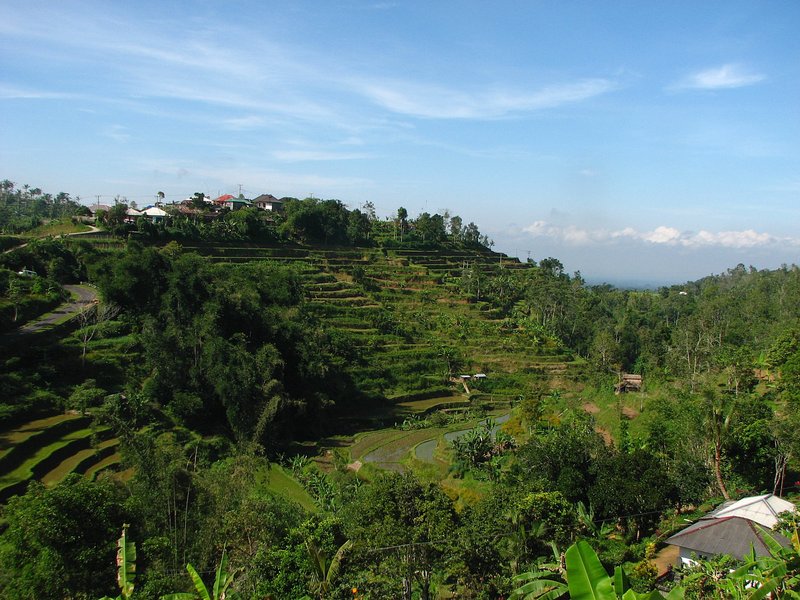 and then we encountered a festival 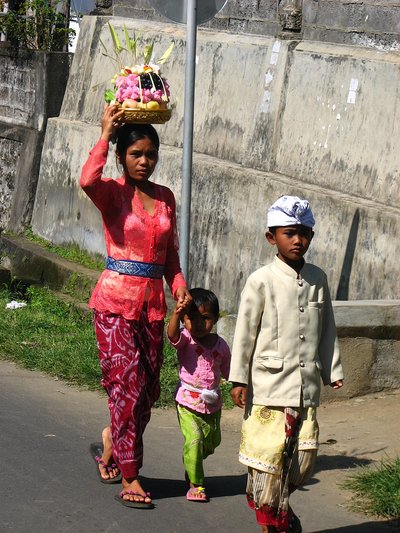 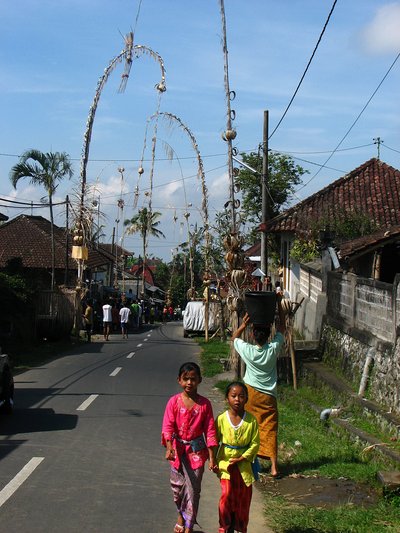 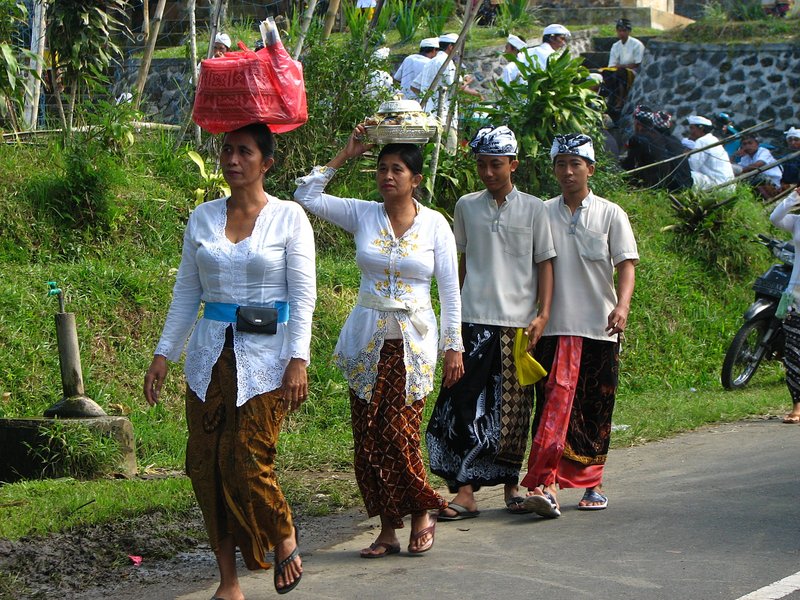 and into the festival grounds 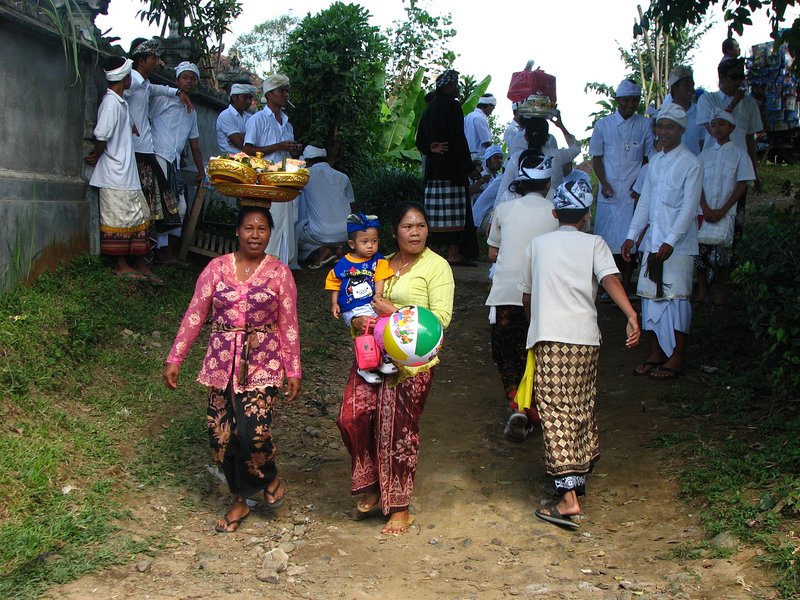 On the way back, an Argiope bathed in the morning sun 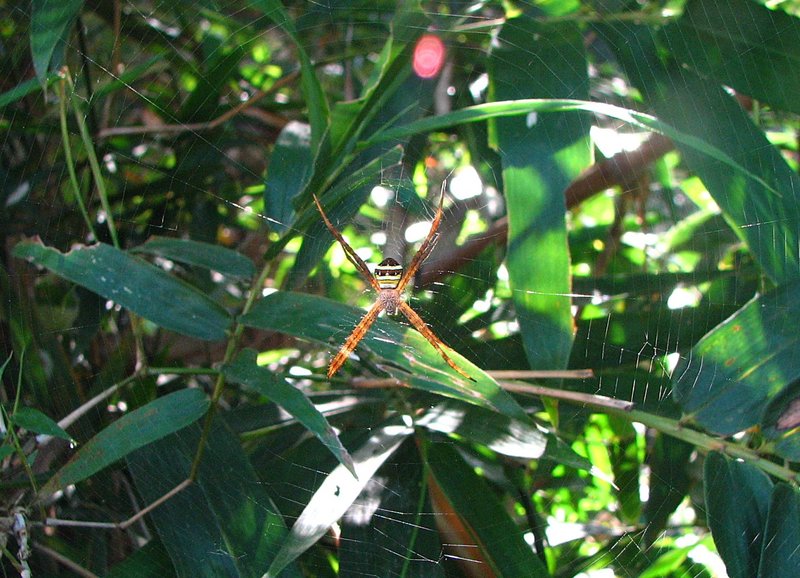