This was a fun day. Tomorrow we return to Singapore and back to work and significantly reducing time available for exploring spider behavior. Visiting Rachel and Trevor has been fun, Maxwell's birthday was more fun but discovering new behavior with Maxwell's curious eyes was the best. Here is a short story of both intelligent behavior as well as house cleaning.

After Maxwell and I accidently viewed the initial episode of mating between an anxious male and a reluctant female, I returned yesterday to capture the next chapter with my video camera. Because it rained all night - the old web was gone and a new web in its place. I captured 1% action and 99% on station for about 3 hours. During this time, though, I discovered that if I dropped a small flower into her web, she would rapidly move toward it, then discover it was not an insect, wrap it and then drop it out of her web. Thus house cleaning.

I returned today with video camera and Rachel's D70 and my new Tamron 180mm macro lens. I set up, dropped a flower, captured the action with video and then repeated the flower drop in order to capture the main events with still shots. Here is the story. 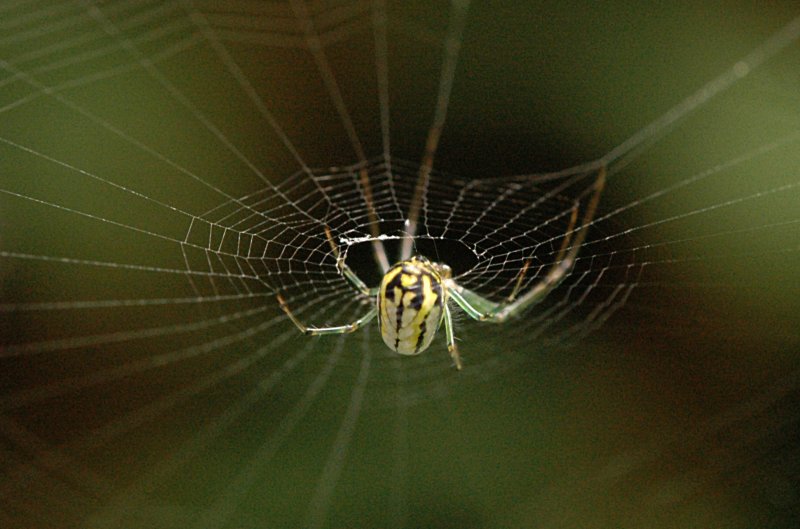 There was a new ?. unknown in the background, discovered when I accidentally focused the lens behind L. dromedaria 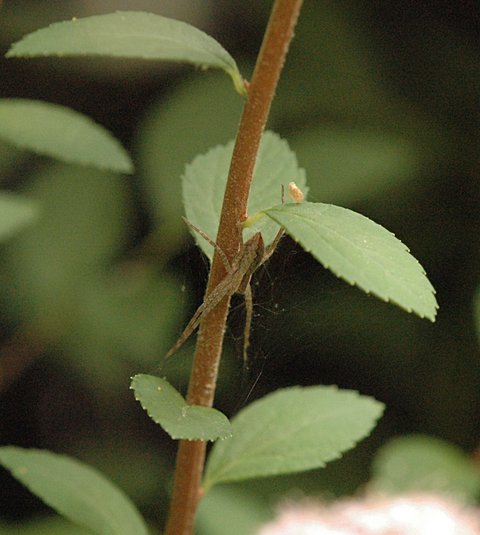 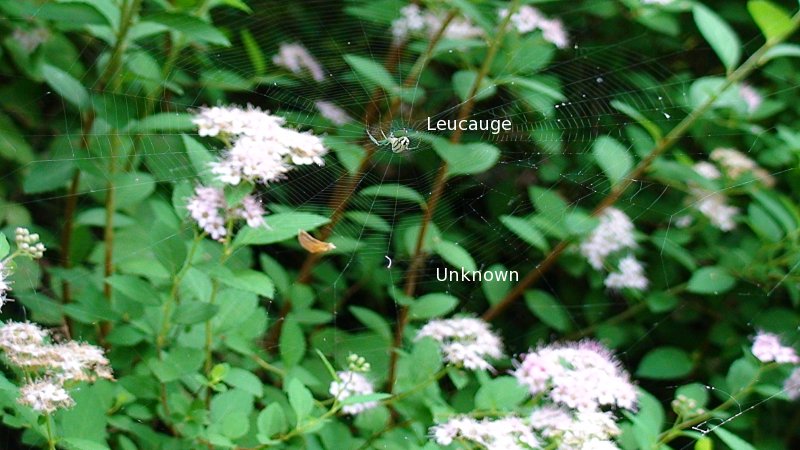 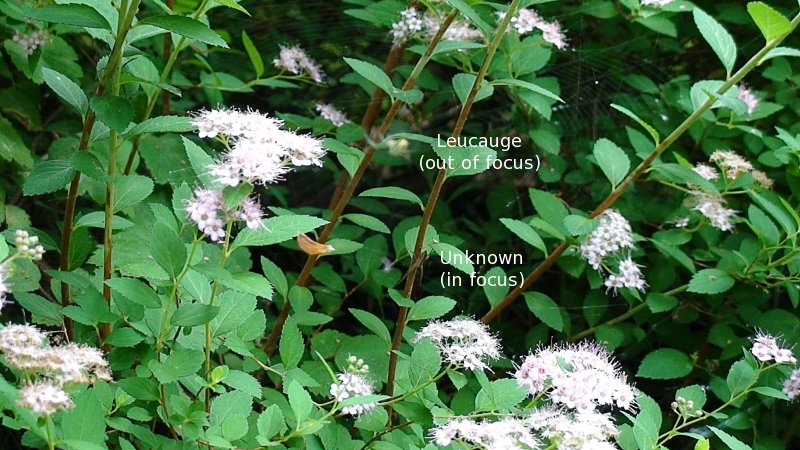 After dropping the flower, she started wrapping it 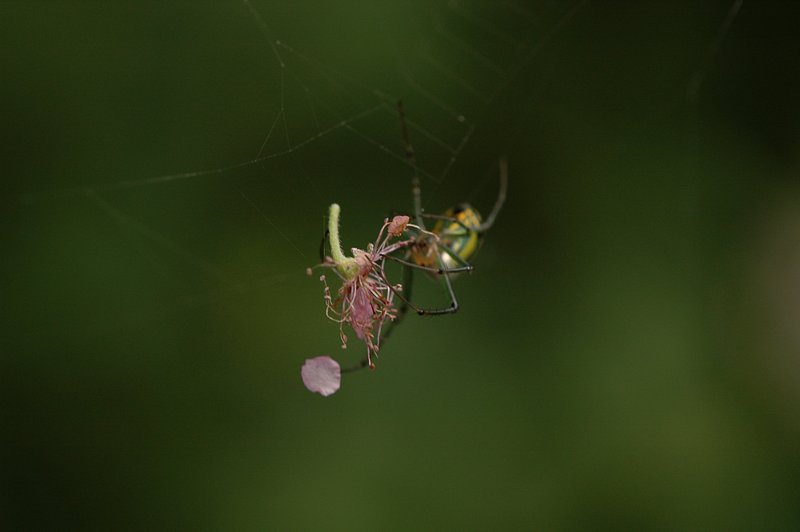 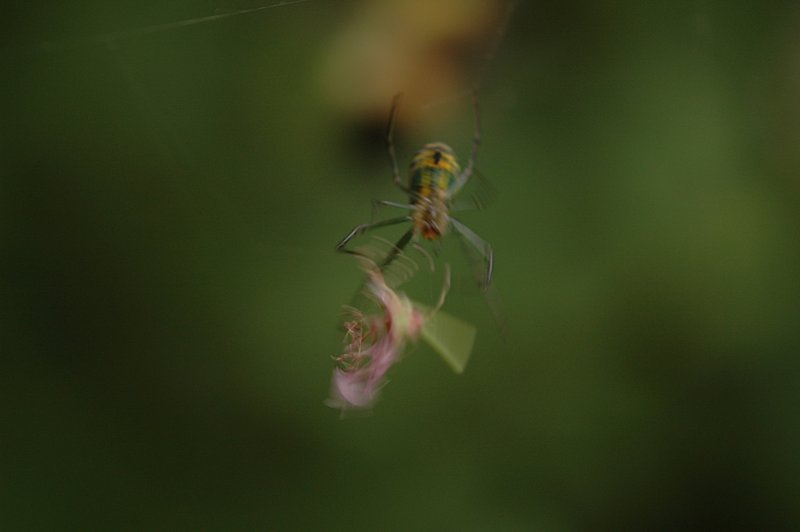 Then returned to her web central positon. So here is the flower 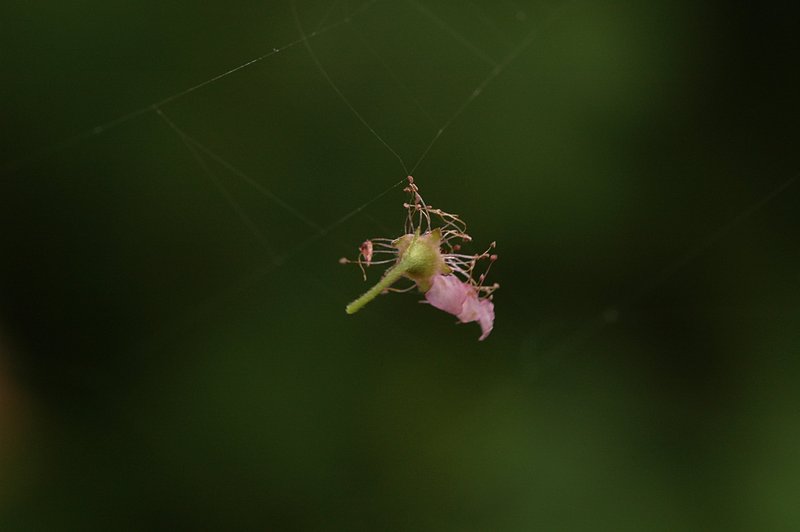 Then I dropped a 2nd flower and she returned 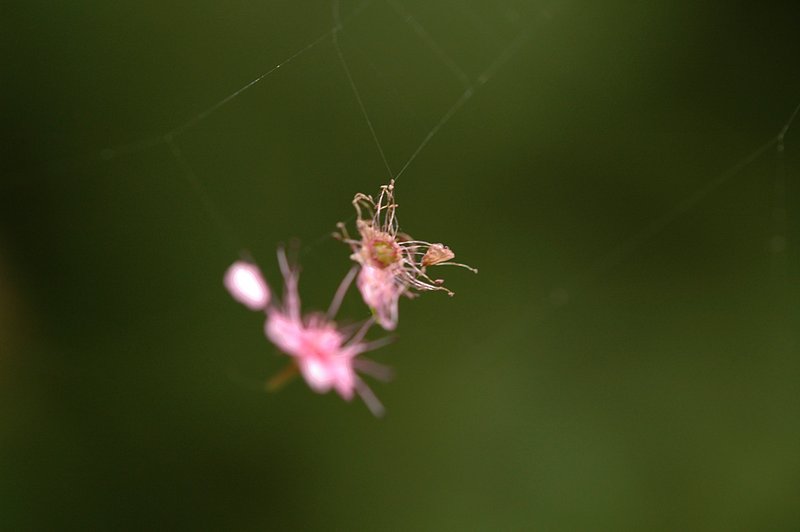 linked both and continued wrapping and a bit of web repair. 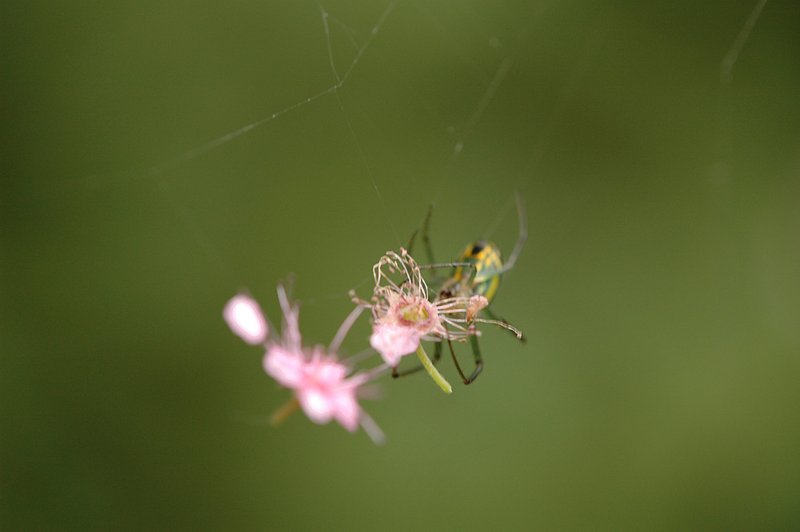 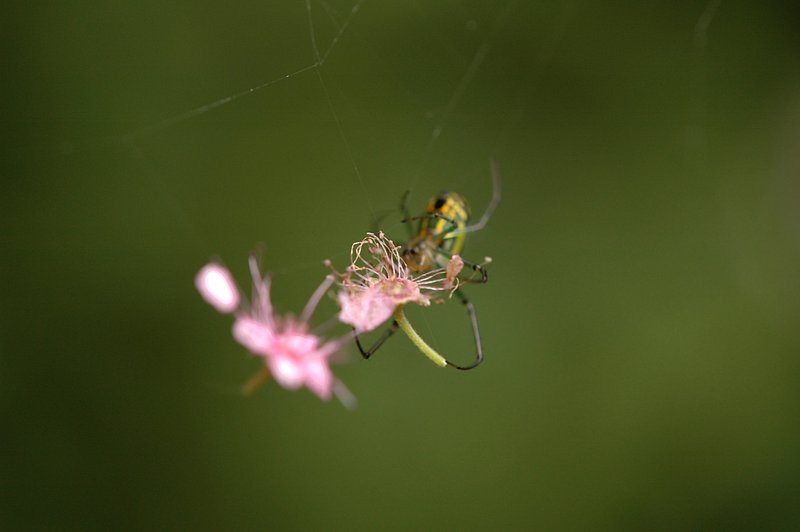 Here you can see her stabilizing her position with her dragline (from her spinneret) as she worked. The flower is now below the plane of her web 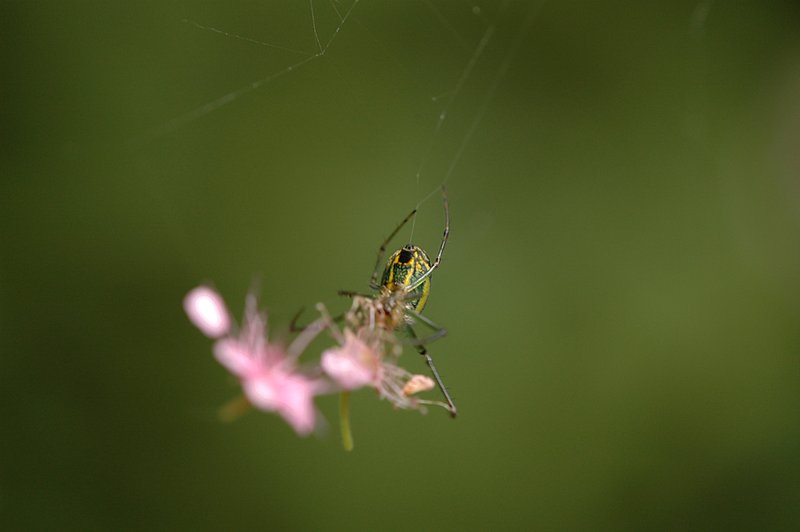 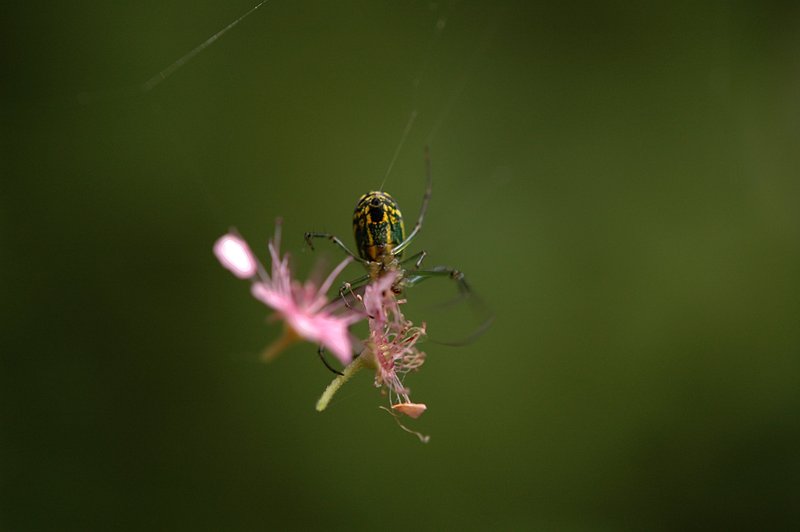 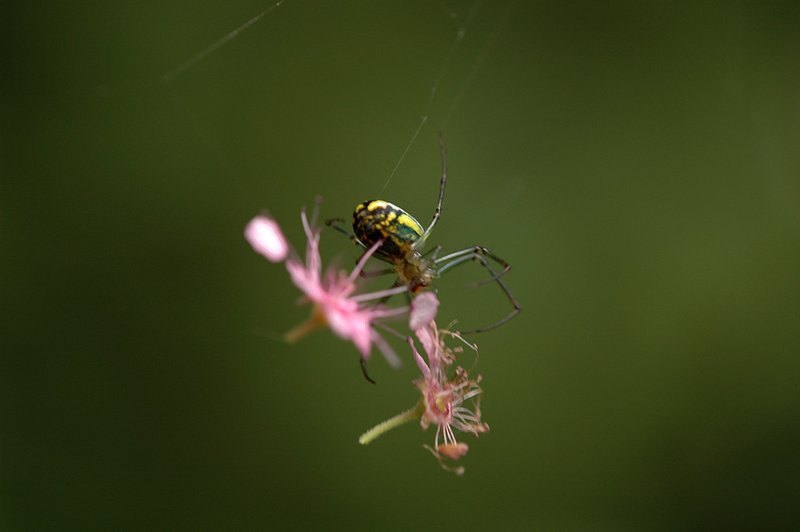 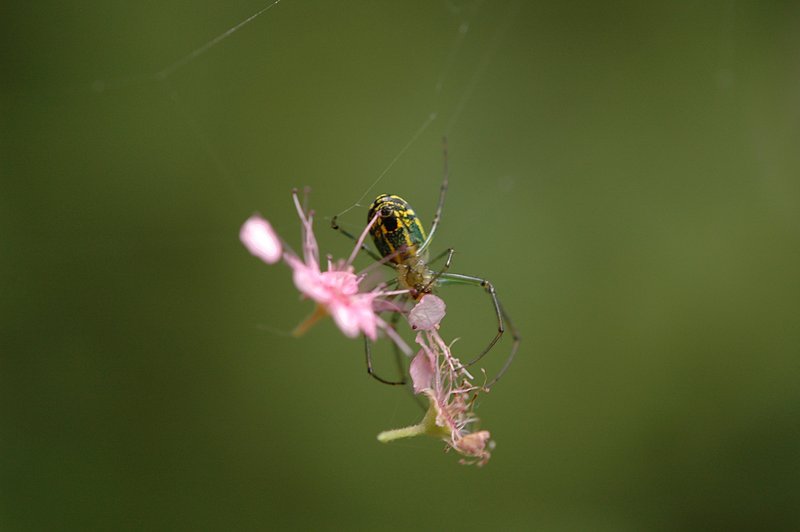 And now the two flowers are coupled 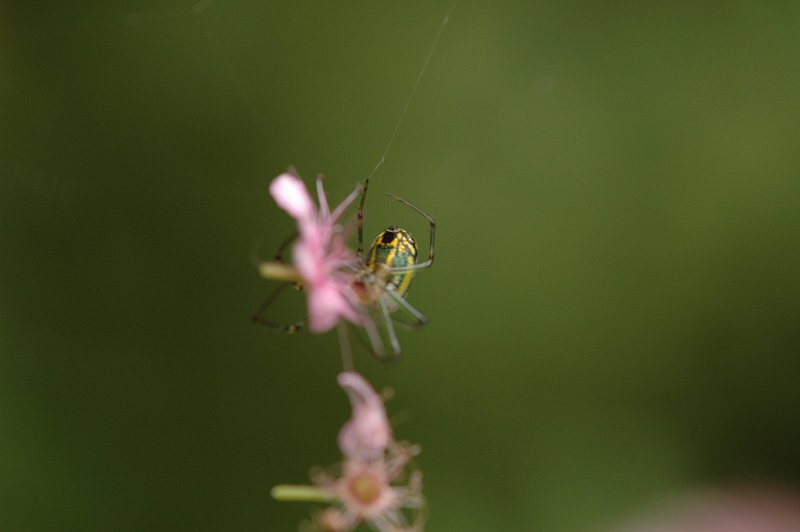 Here she is preparing to cut the strand 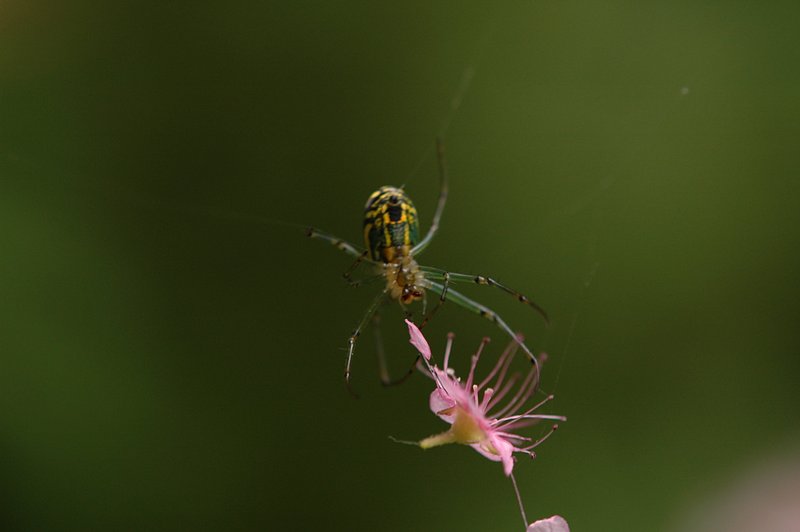 and drop the flowers. 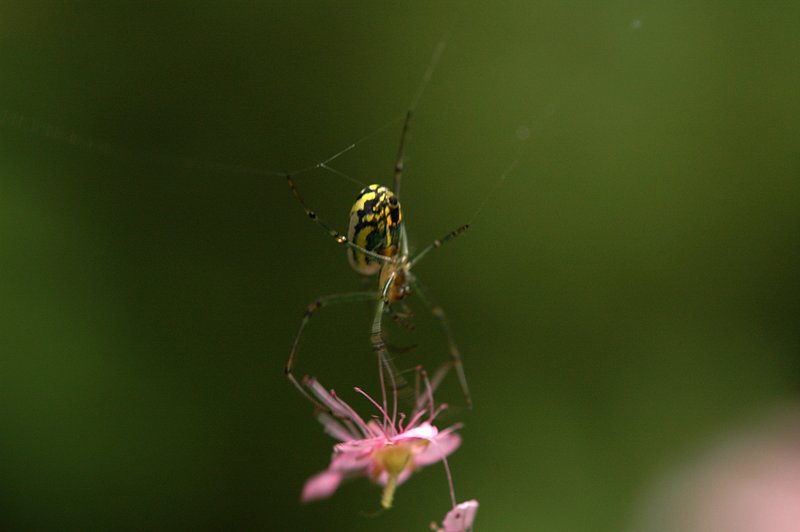 Watch a similar episode from the video. This was a challenge. I have a new Sony HD-SR1 high definition camera with hard disk. Sony records the video as an m2ts file. Fortunately, I found a set of open source tools (m2tstoavi) for converting the files to avi. They were huge. So I recoded as an mpeg - which is 18 Mb long. But you'll get the main idea.