About me Photo Essay Home Learning Links GPS Tracks Video
March 03, 2016: After 7 days absence, Mom (Bebe) and the kids were waiting for me 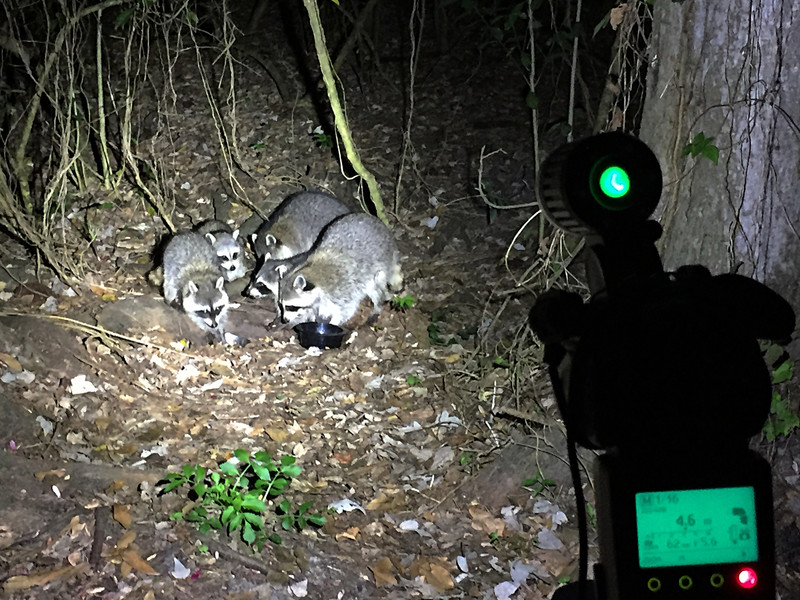 The family was waiting for me as I arrived. Surprise after 7 days of absence. How do they know I'm coming? Smell, Sound - They always retreat into the forest - and I can't imagine them approaching me in less than a minute. I wait an hour for them - so do you think they have been waiting for me - knowing I always appear just before sunrise? 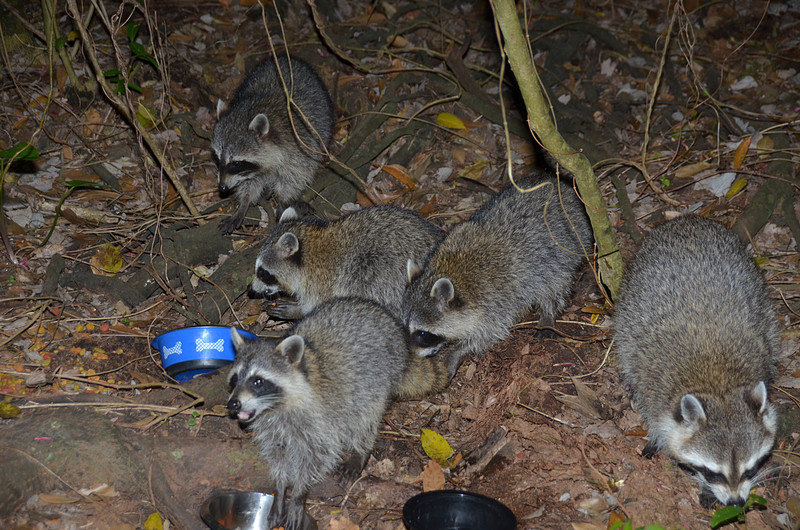 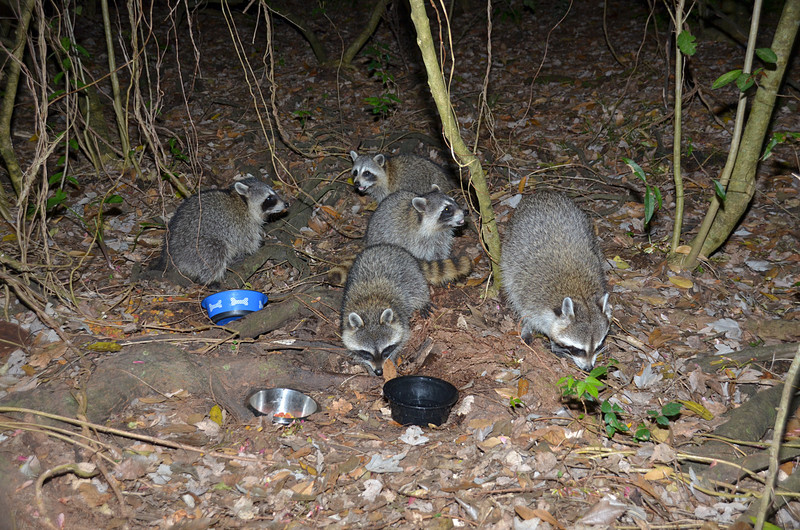 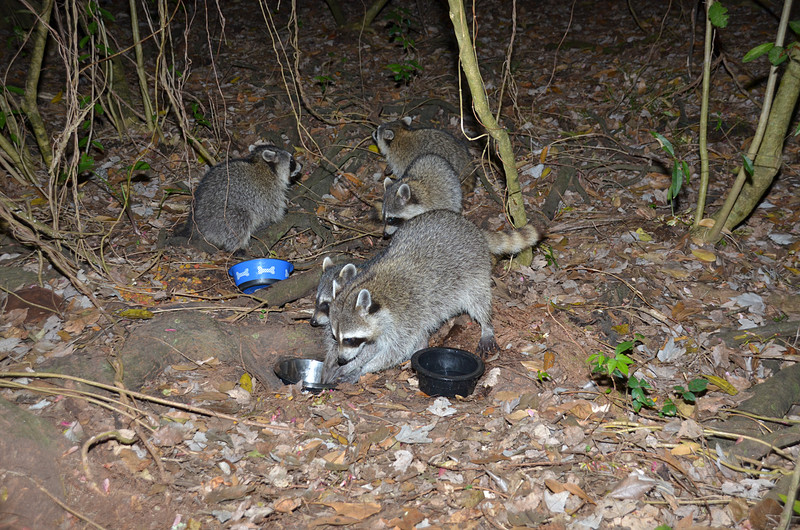 Retreating to eat in peace 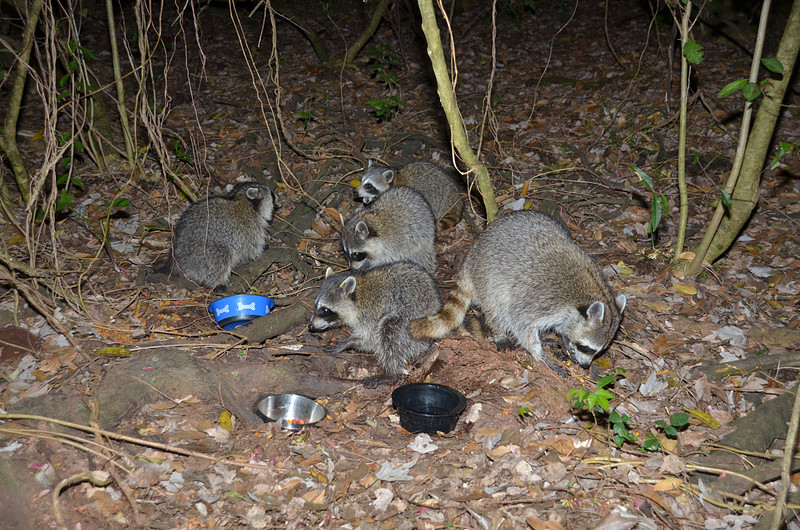 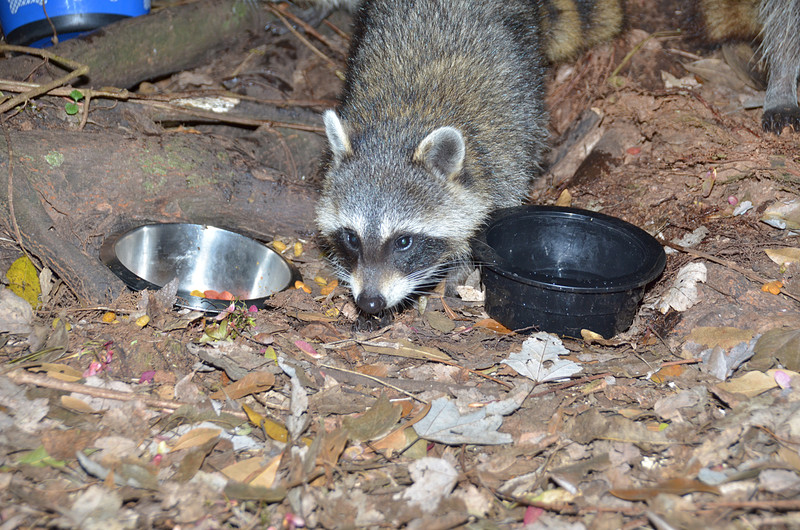 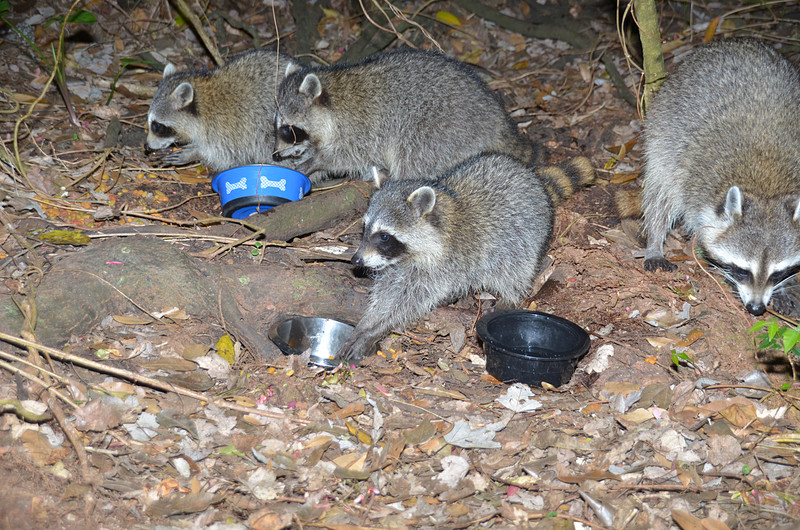 Initially, Bebe ate slowly - hovering over the bowl of food - but with the kids her behavior changed - she reached for food, then retreated and quietly ate. The kids, however, don't know how to share and grab some food and retreat to avoid the other kids. However Susan, the little girl, changed her behavior. Initially quite she, she would climb an adjacent tree and watch her brothers eat. When they finished, she would descend and eat the leftovers. Today though, she is not going to be satisfied with leftovers. Here (at 19 sec) she gently nudges the brother on the left to get out of her way. He does not get the message and at 25 seconds she steps up the temperature of her discontent with this pushing behaviour - and then dished out the same aggressive nip to the brother on her right. A fun video to watch

Even raccoon kids can be feisty. Their eating algorithm is grab and retreat - to avoid a sibling stealing their dropped... 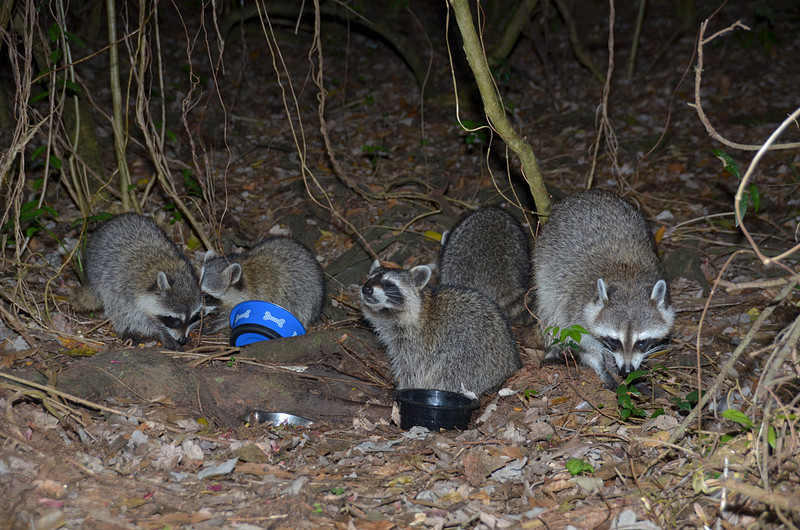 Mom and one of the kids finishing 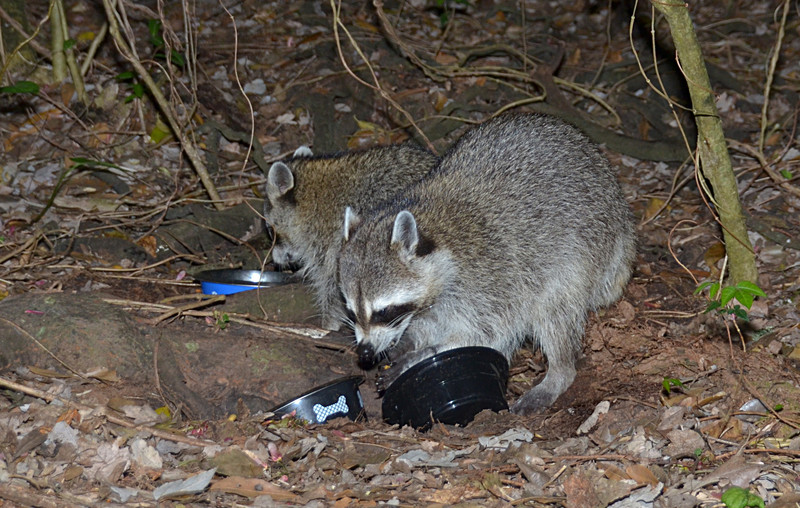 Mom finishing while one of the kids watched 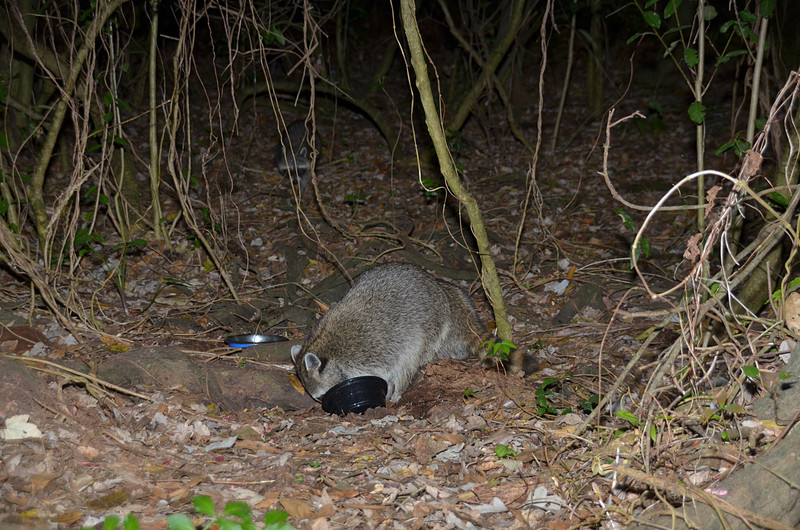 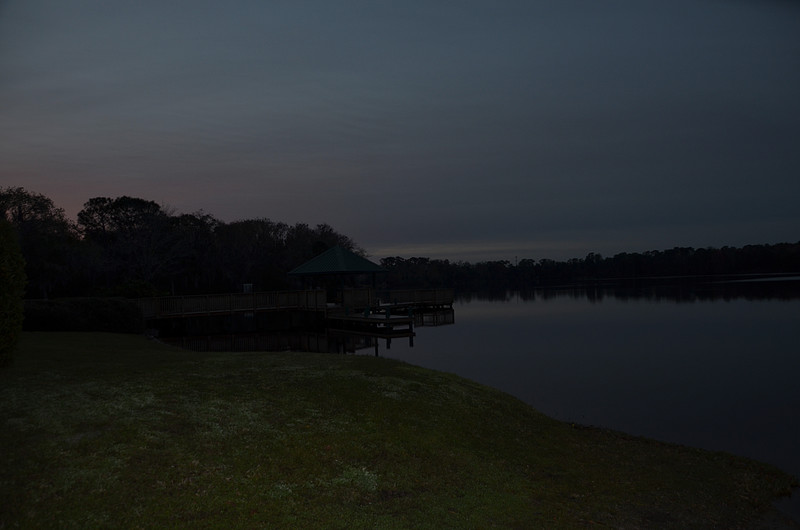