There has been a water shortage for some time (years). There have been monsoon failures (i.e. little rain), but there has been significant growth in bore wells - which results in lowering the water table. As the table goes up and down, heavy metals are leached out of the soil and rock increasing the arsenic concentration in the water. There is an election in May and it seems that nothing can be done about the water until the election happens. Its a pity.

Water is delivered by big lorries or by small 4 wheel bicycles or simply carrying a plastic jug. 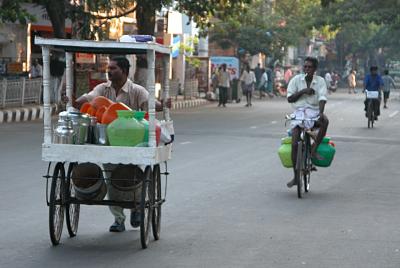 Although water is nowhere, construction is everywhere. Chennai seems to be alive with new construction and repairs. Here some guys were digging a water line across Chamiers Road at TTK Road. 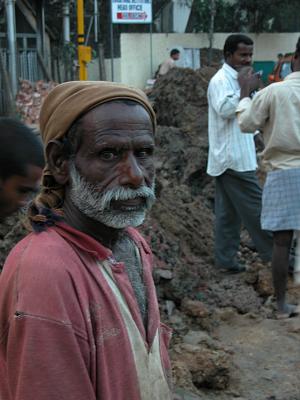 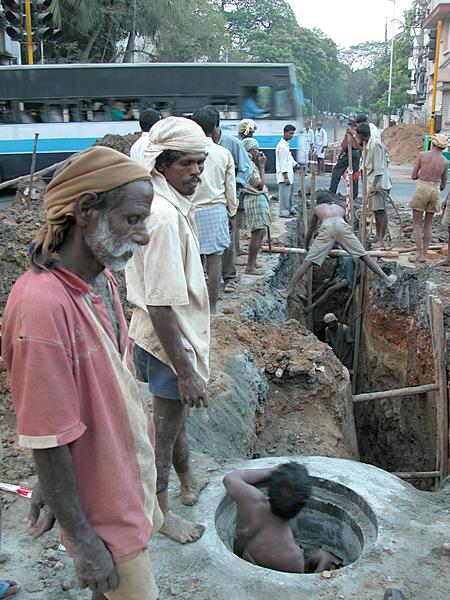 More about construction. You see it everywhere. Walk down any street and you see large groups of men and women on the worksite. In fact, most live on the worksite. You'll see a thached roof somewhere that is their temporary home.

And if you watch long enough - you see something interesting - in this case, the hats. In the west, we have unisex hard hats. In India, though, the hard hats are sexed. The Male hat is similar to western hard hat. The Female hat, though, has a smaller inverted hat on the top as shown below. This is because the women typically carry mortor, bricks, sand, etc on round trays that are balanced on the top of the female hard hat. There is an interesting public health issue here. Frequently women complain about neck pain and headaches. Anyone have any suggestions? 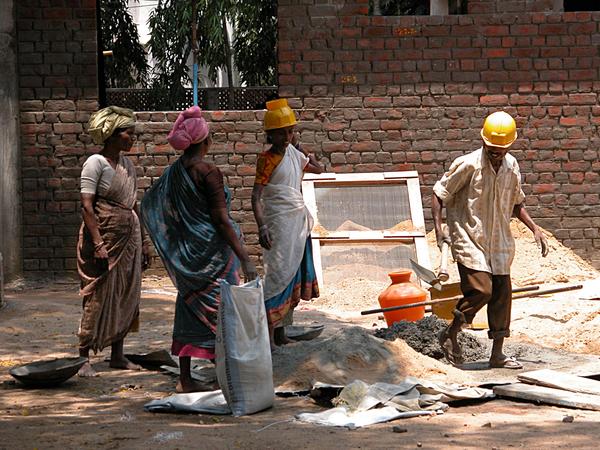 Note below that for some women, the hard hat is too hard, and they revert to the more traditional design of a cloth wrapped around their head. In Tamil, this is called a summadu. 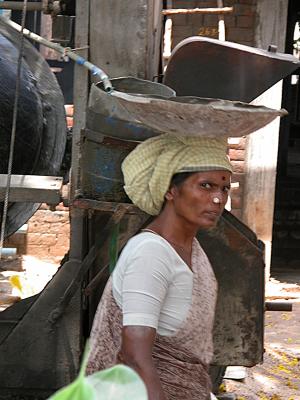 There is construction of a new overhead train (skytrain). I wandered into one of the new terminal buildings and found two brickmovers equipped with sumadu: 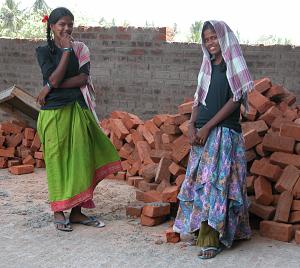 They were patient and made a smile 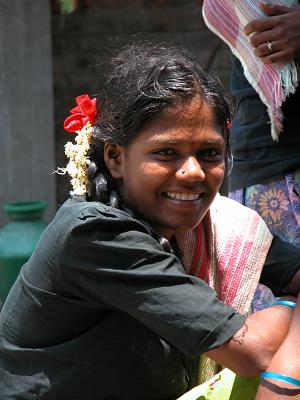 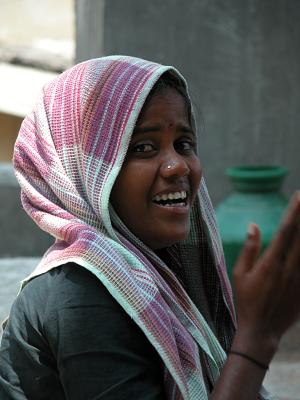 Another example of sumadu on the IIT campus 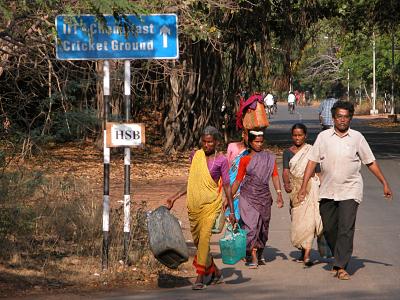 Everywhere you turn, there are health clinics, hospitals, doctor's offices and medical shops (pharmacies). Here is a particularly interesting Cardiac Center - with mirrors for windows (my guess). You can see from the menu (right) that Harvey provides all cardiac services. 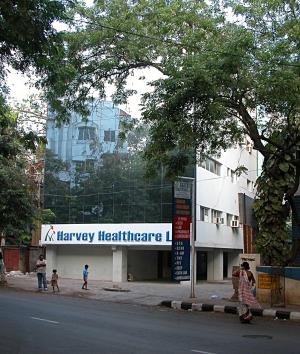 Here is where I stop for some tasty treats - prawn noodles or mutton bryiani (or biryani) with a fresh lime soda (sweet). Total cost, Rs 70 (about $1.25). 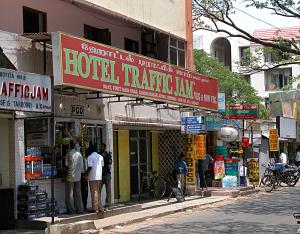