The lighting setup. I really like these (12x17) LED arrays - nice light and long battery life I place one in a fork of the small tree and another on the tree stump (left) 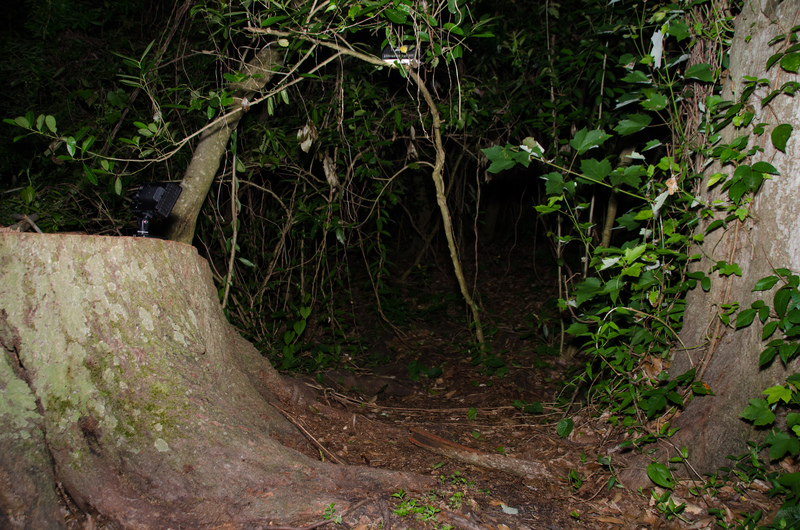 March of the raccoons - Susan and two brothers. At 2:44 Susan takes a donut hole from my fingers - seems to like it also

This morning was a waiting game. It was cold (14 C = 57 F). I arrived at 5:47am and they arrived at 6:35 am - apparently fresh from wading in the water as their legs of all 3 were wet, but their body was not wet. Perhaps they were delayed by a fishing expedition - because they were not super hungry. I had anticipated their arrival and went to Hole In One Donuts to get a bag of donut holes. At 2:44 Susan took a donut hole from my hand. Later the two boys used their hands to acquire the donut holes. All in all - a great success. 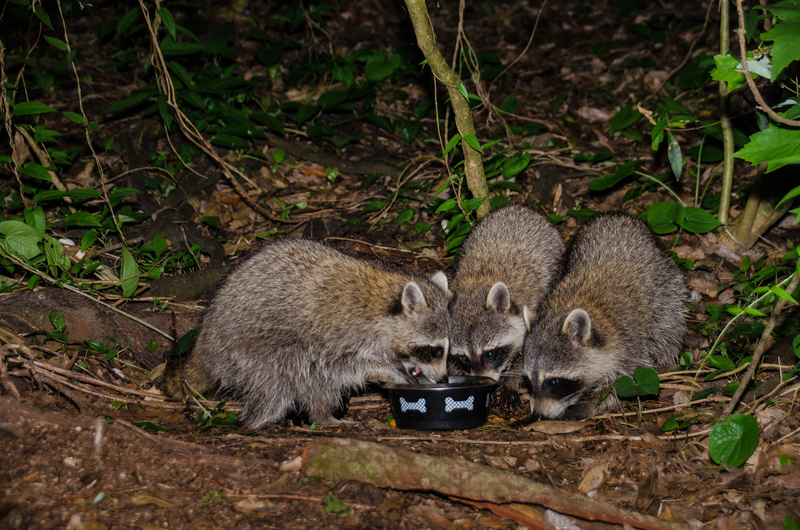 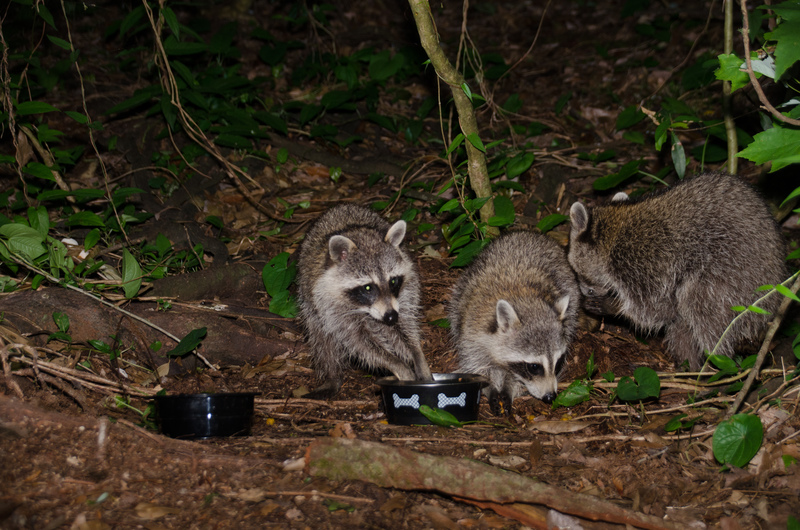 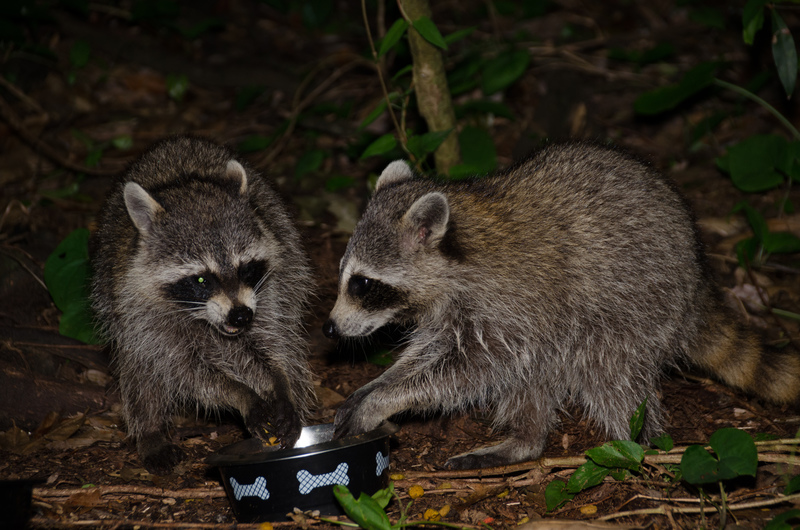 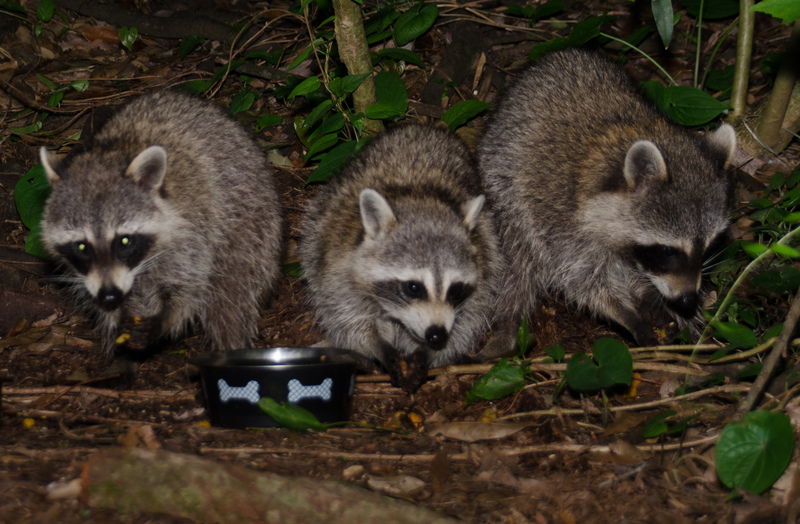