This is my little corner and my setup: D200 + 180 mm Tamron macro + flash + bluetooth GPS (rubberband attached to flash head) + Indura tripod (recommended by the guys at Southeast Camera in Carrboro). Just in front of the fern that the lens is pointed toward, is a small group of radial strands of a web with a male and female Leucauge decorata - and they have started the mating game 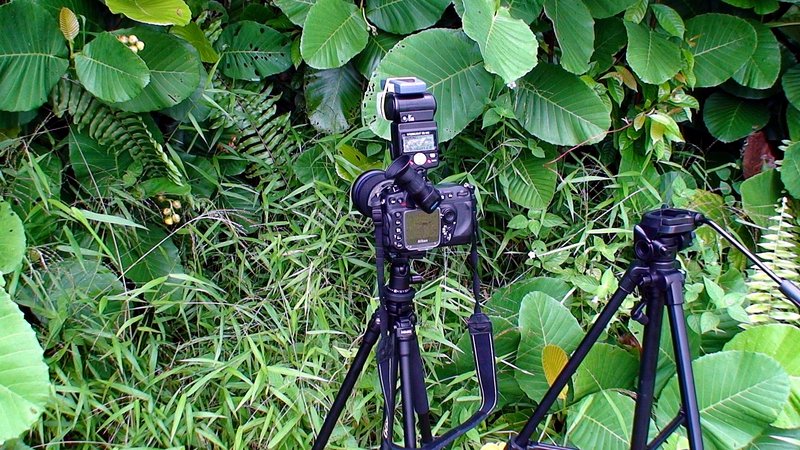 Its tough to focus - since they are not in the same focal plane. This gives you some idea of the size scale. 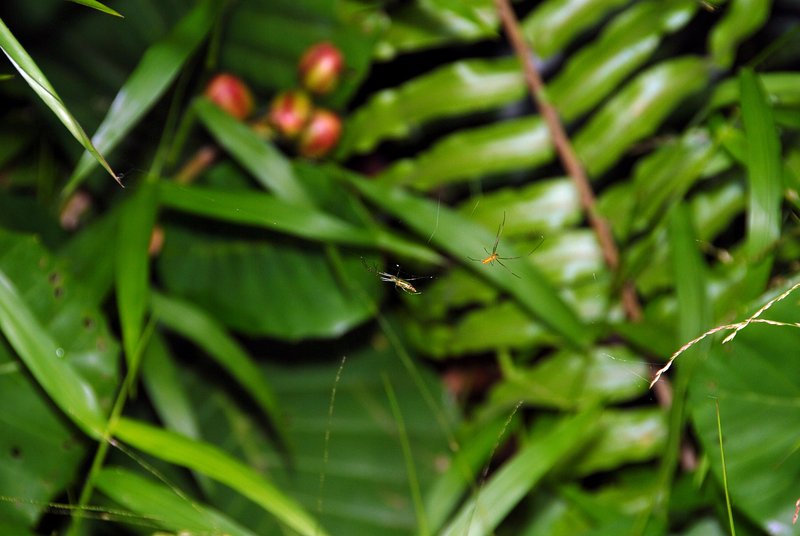 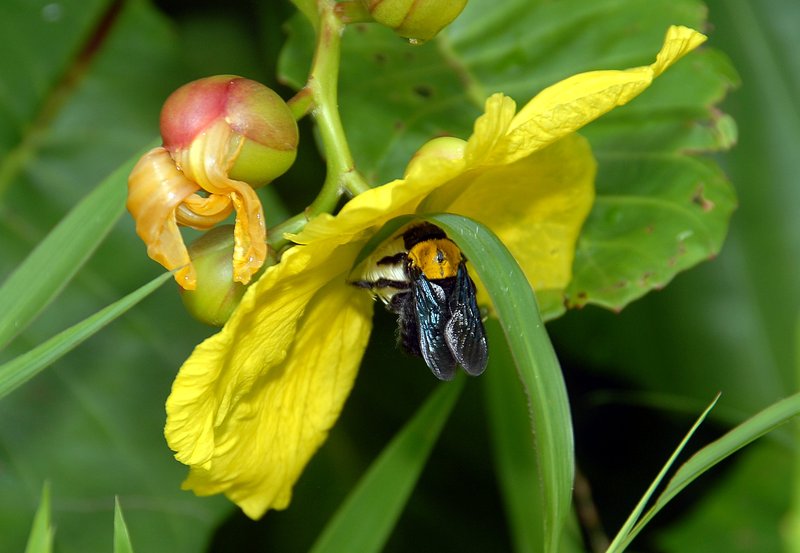 And he took off. There was little light so the shutter speed is quite slow (1/125) - and his / her wings are a blue 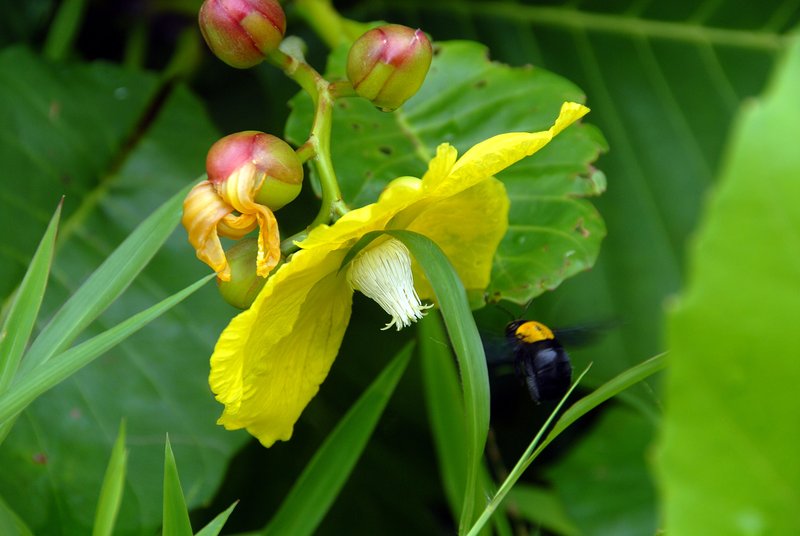 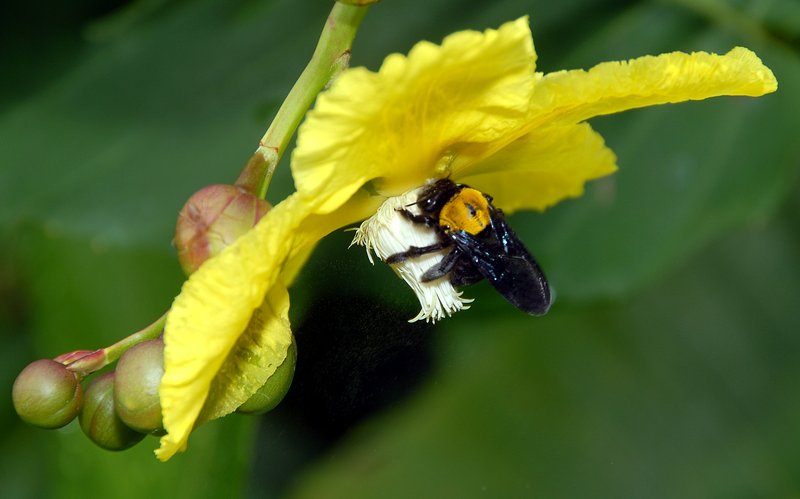 Another big bee (or whatever) 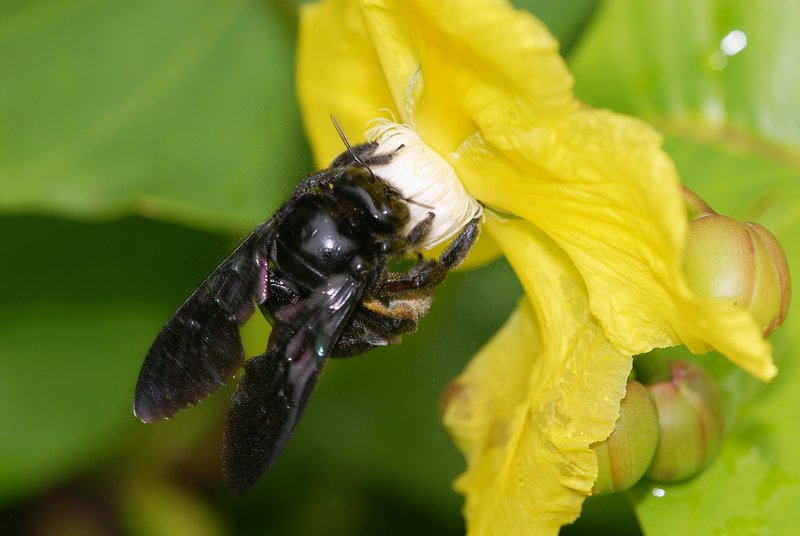 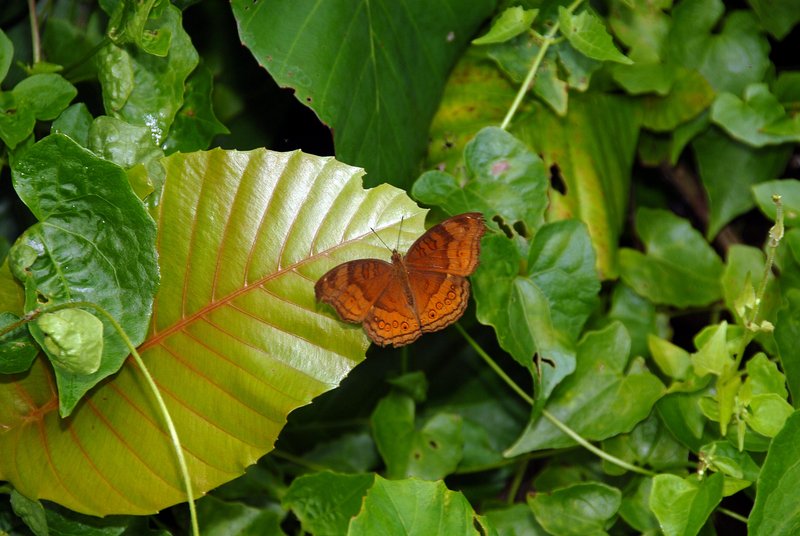 Then back to the Leucauge decorata web. You will notice that the web is pretty primitive. The female just sort of hangs out by day - but about 6:30pm, she starts weaving the circumferential components for a night of hunting 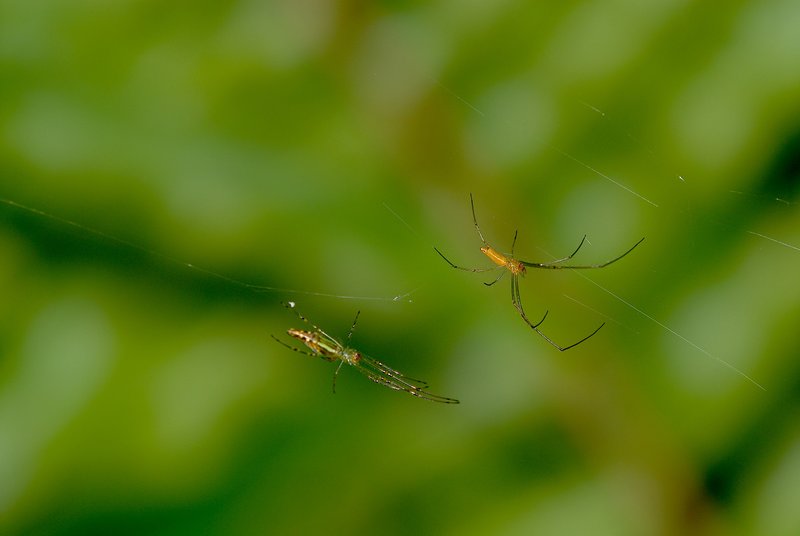 The male just sort of dances around her, looking for a signal 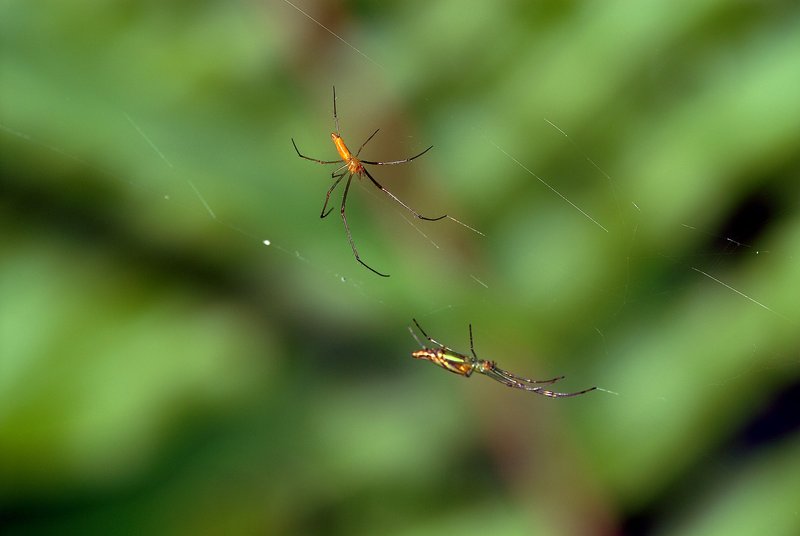 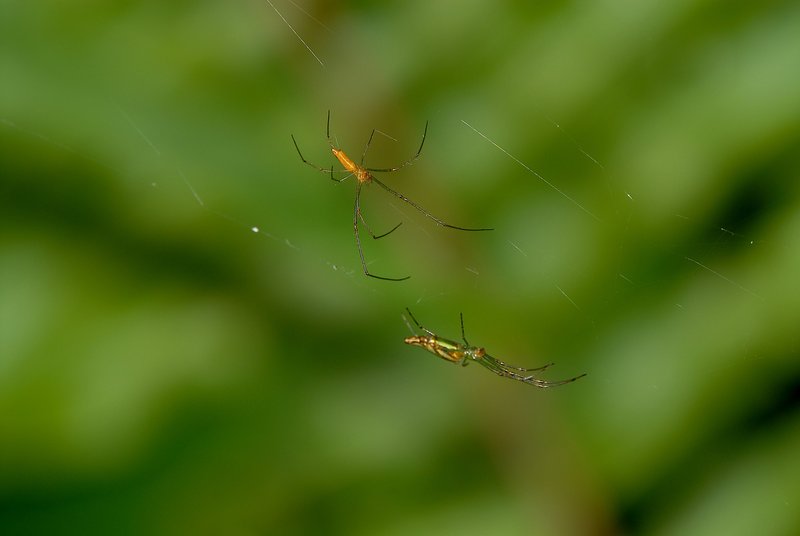