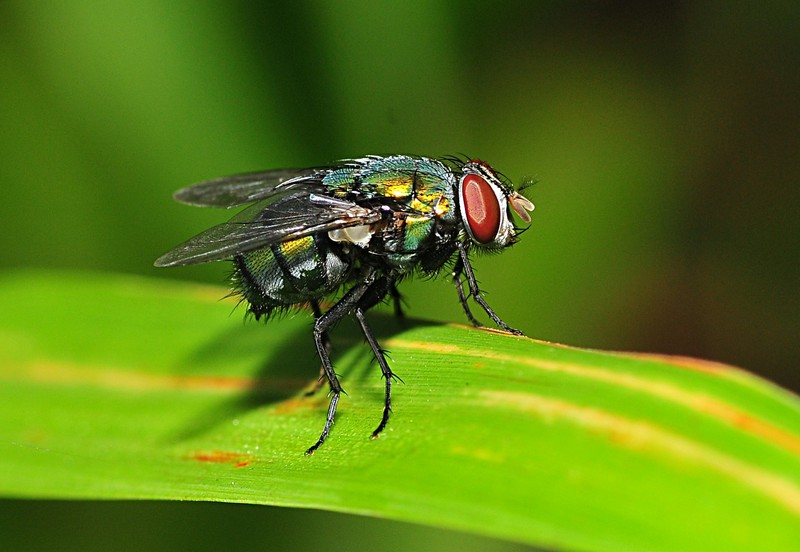 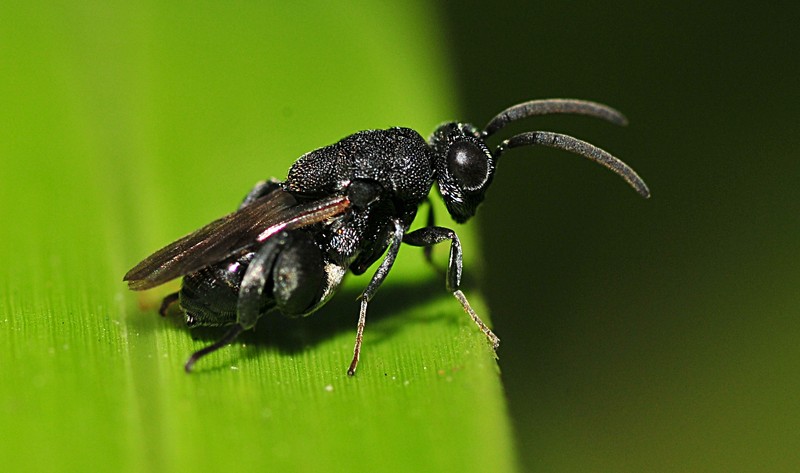 Without flash - look at the complex eye structure 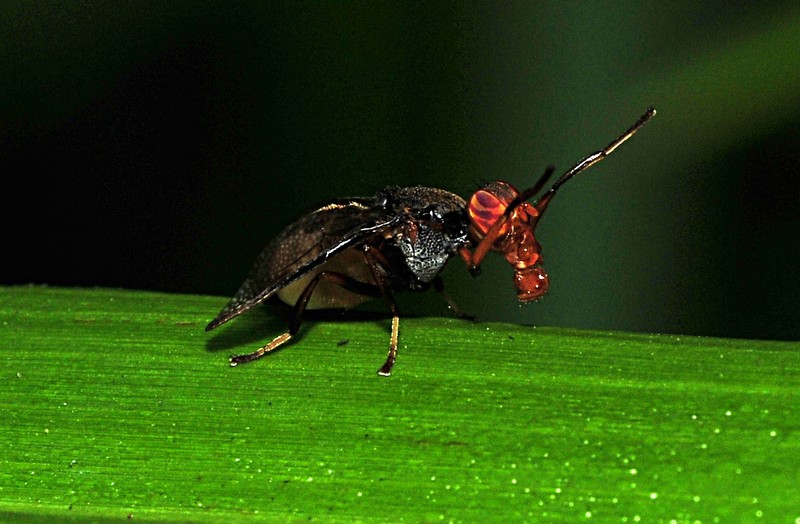 A drop on a Parawixia web 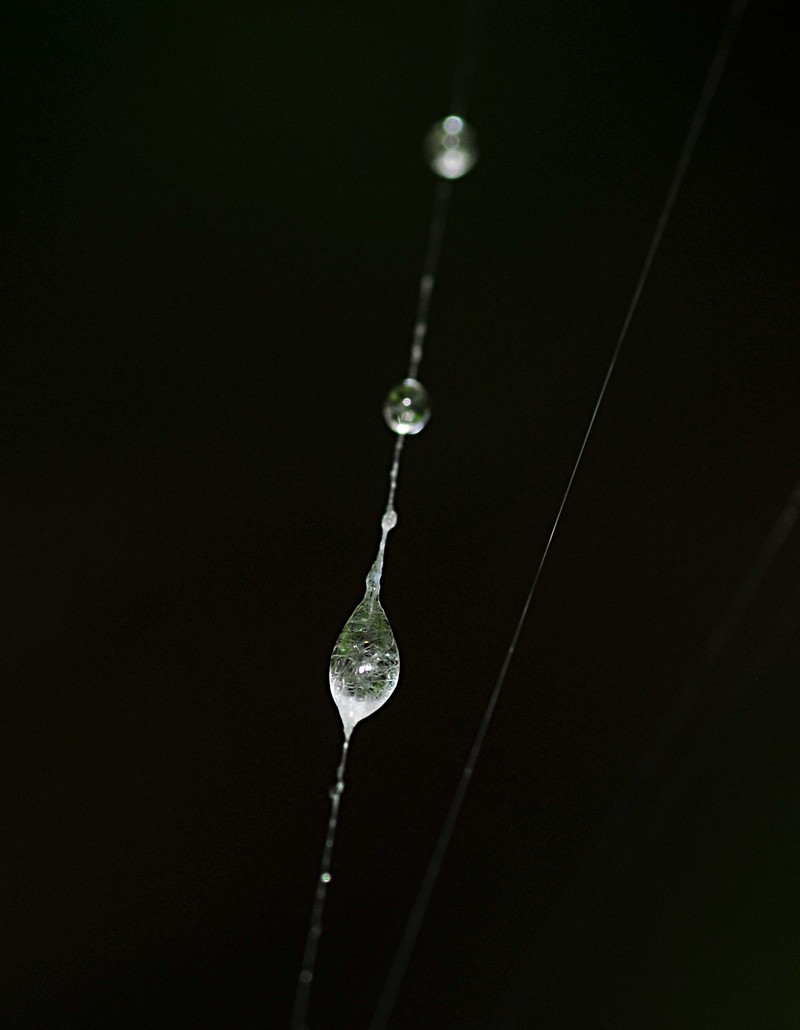 This guy (note the palps) came climbing up as I was spraying the web. Look at all the water droplets on the legs. I think they aggregate around the leg hairs. This is a male Tylorida ventralis 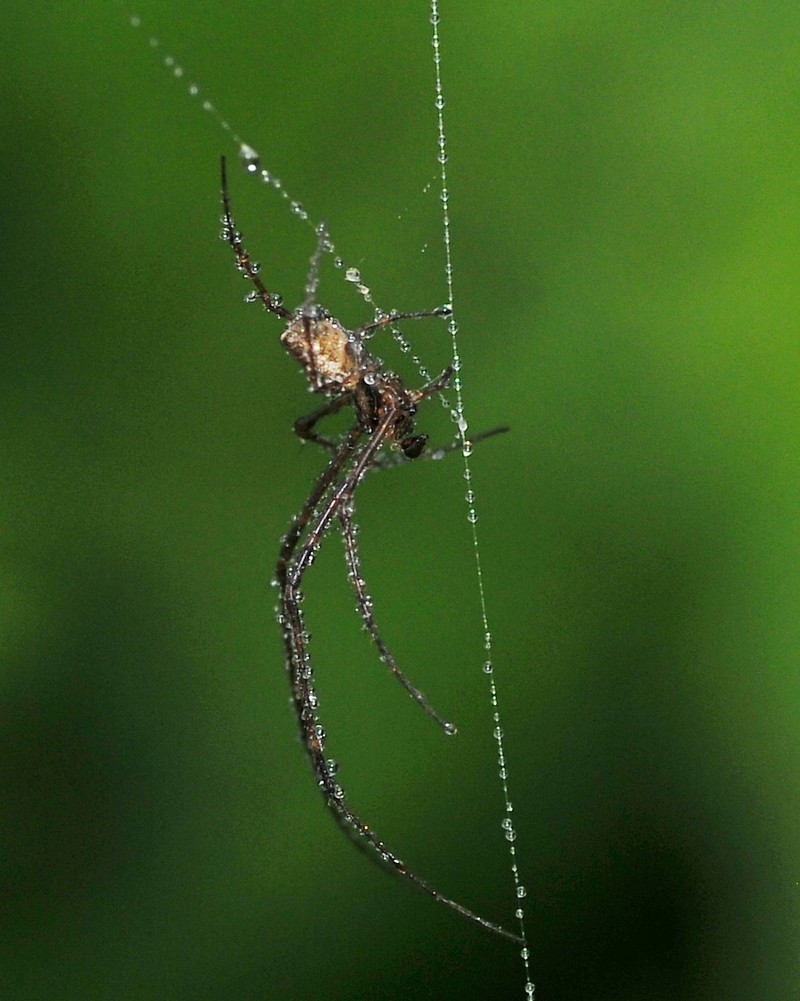 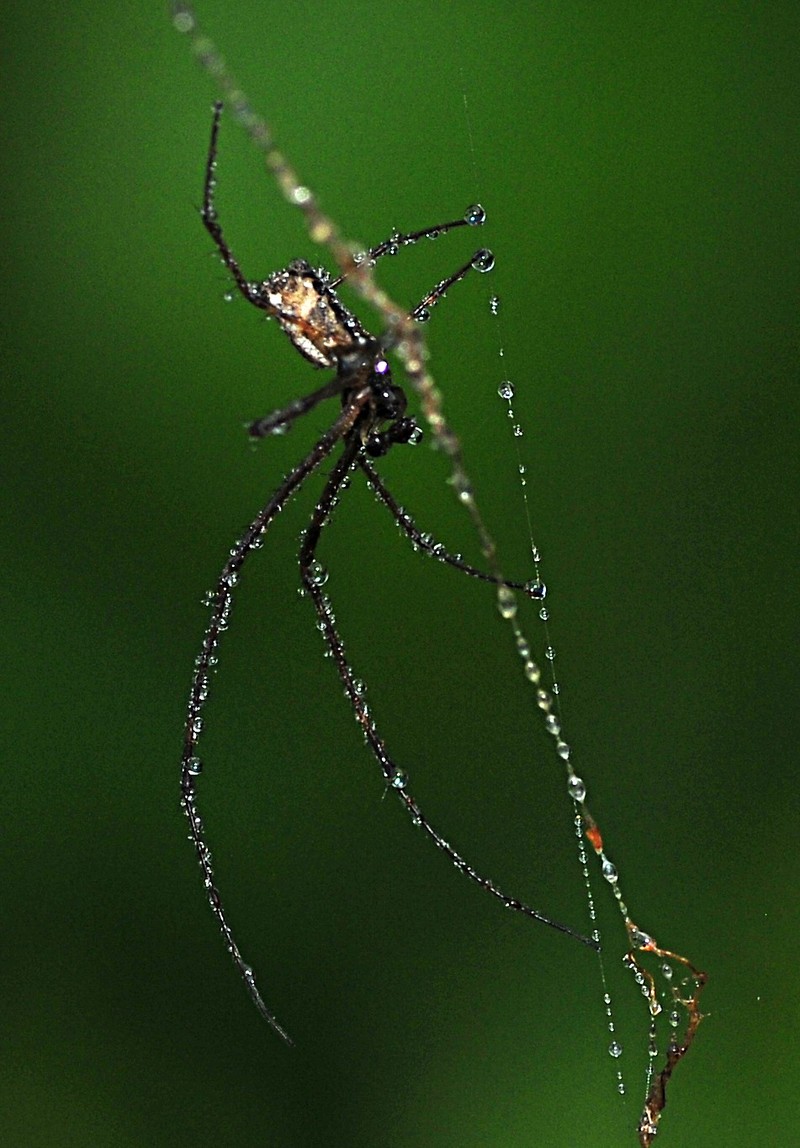 A display of drops 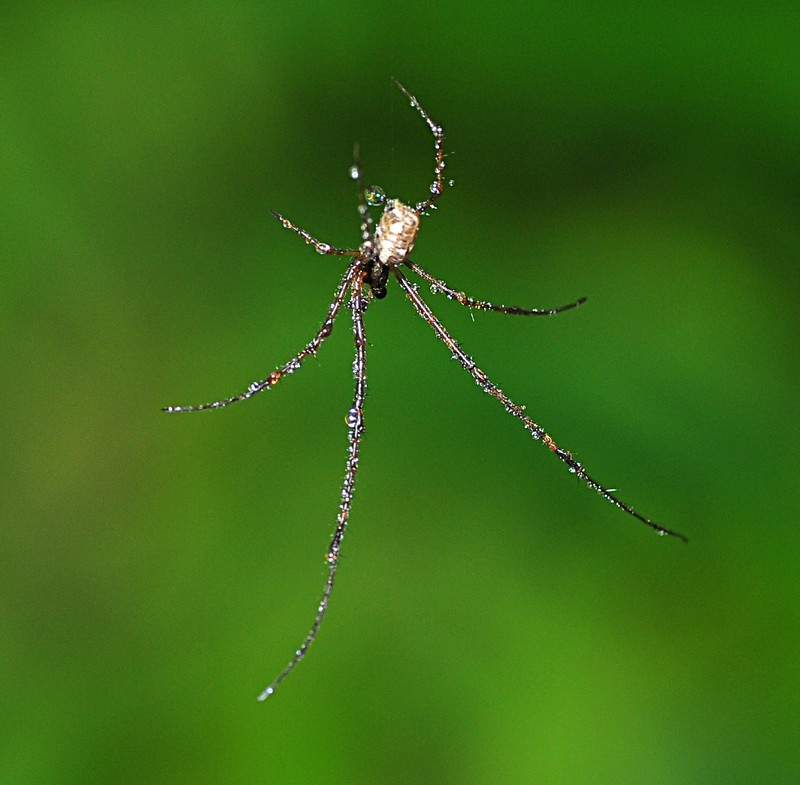 Here he is drinking water with one of his legs 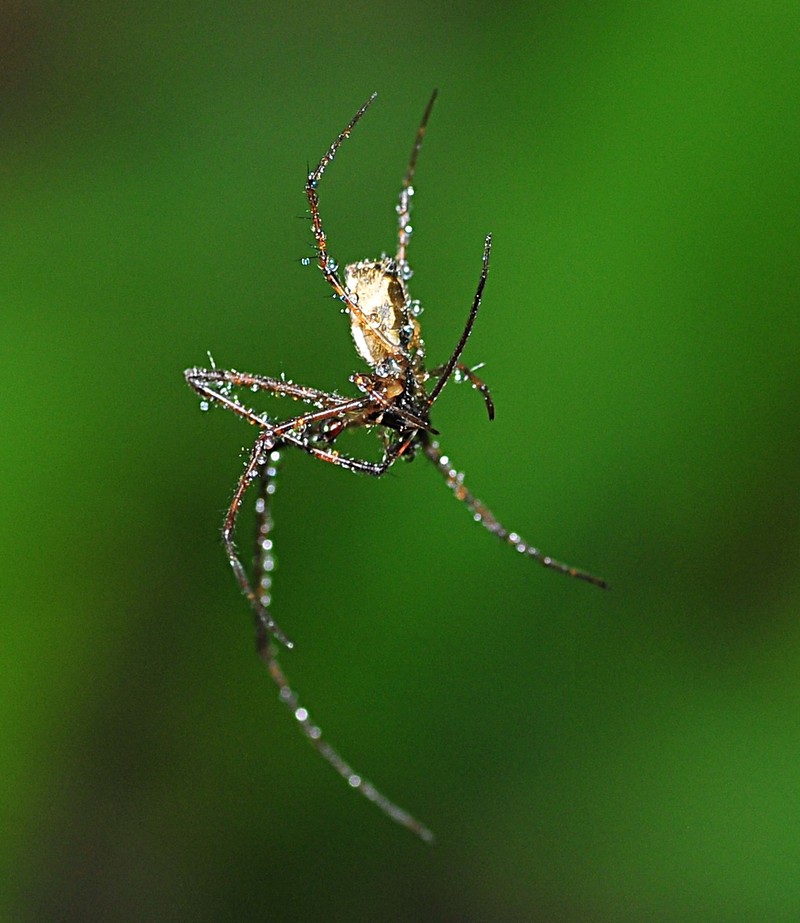 Note the large male palps of Tylorida ventralis. Apparently this guy can continue mating for 24 hours - apparently a spider record 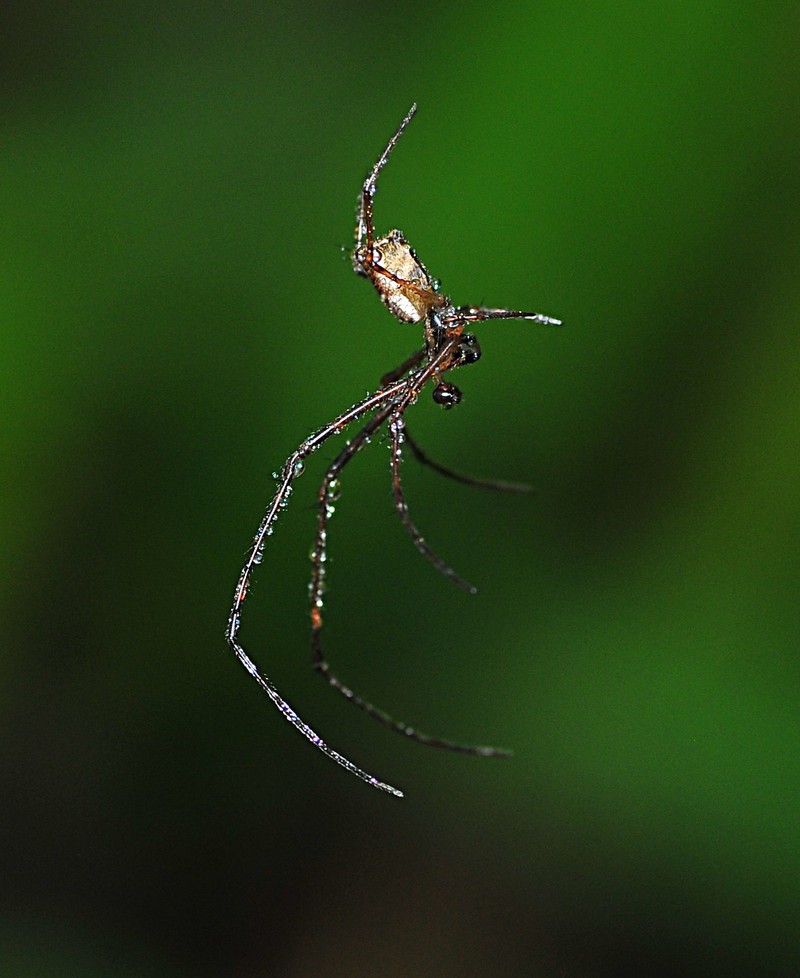 Later, another view. Note the dragline silk and large palps 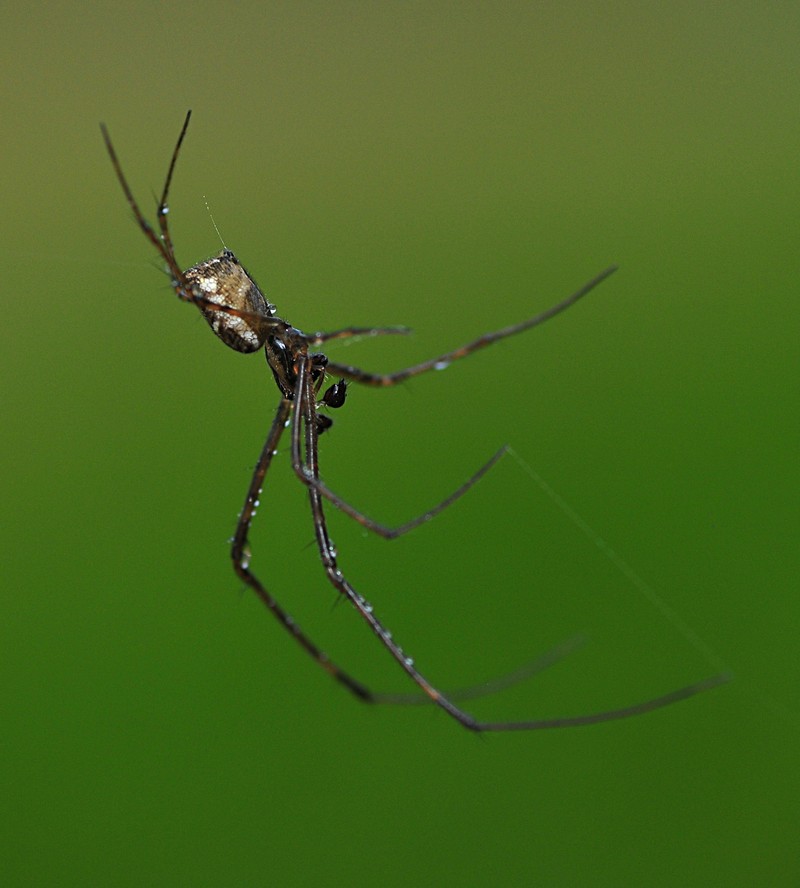 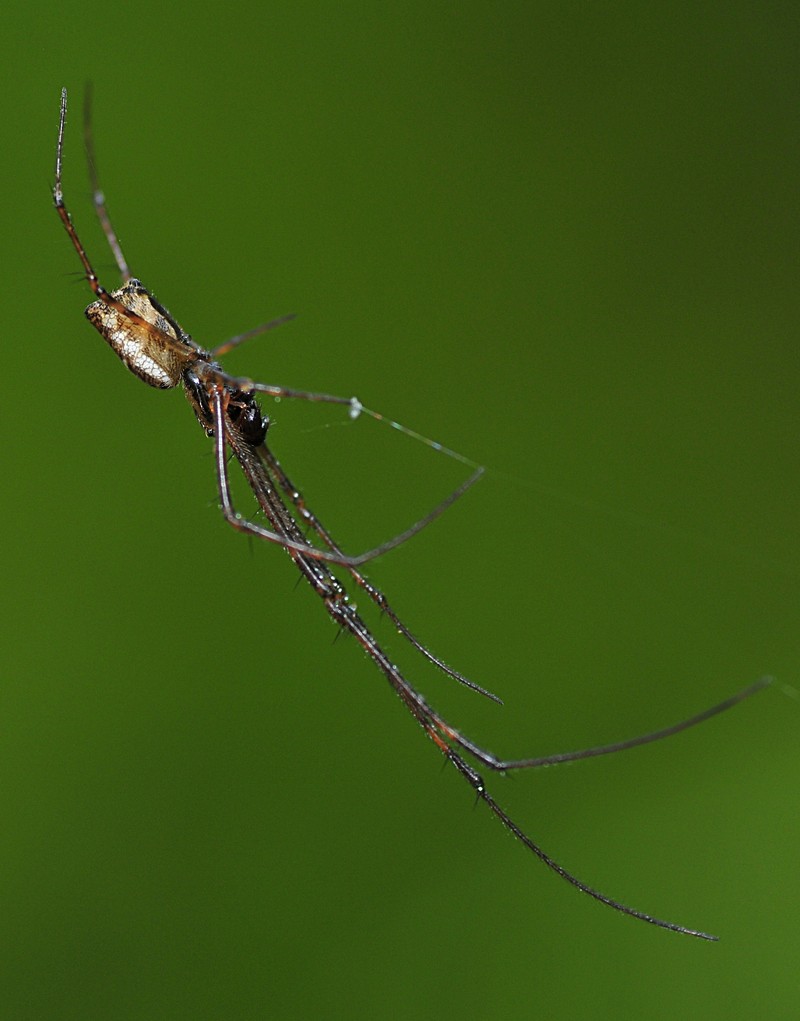 Walking tward the center - note dragline silk. And now, the water drops around his leg hairs has disappeared 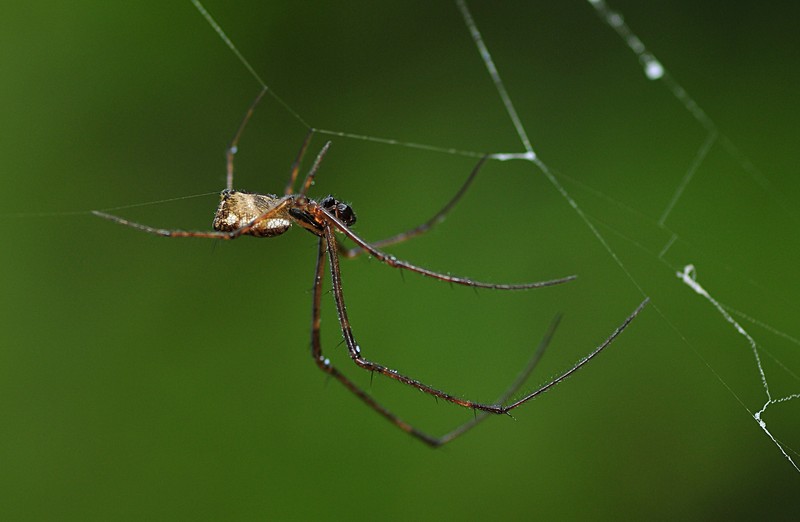 An Argiope with dinner 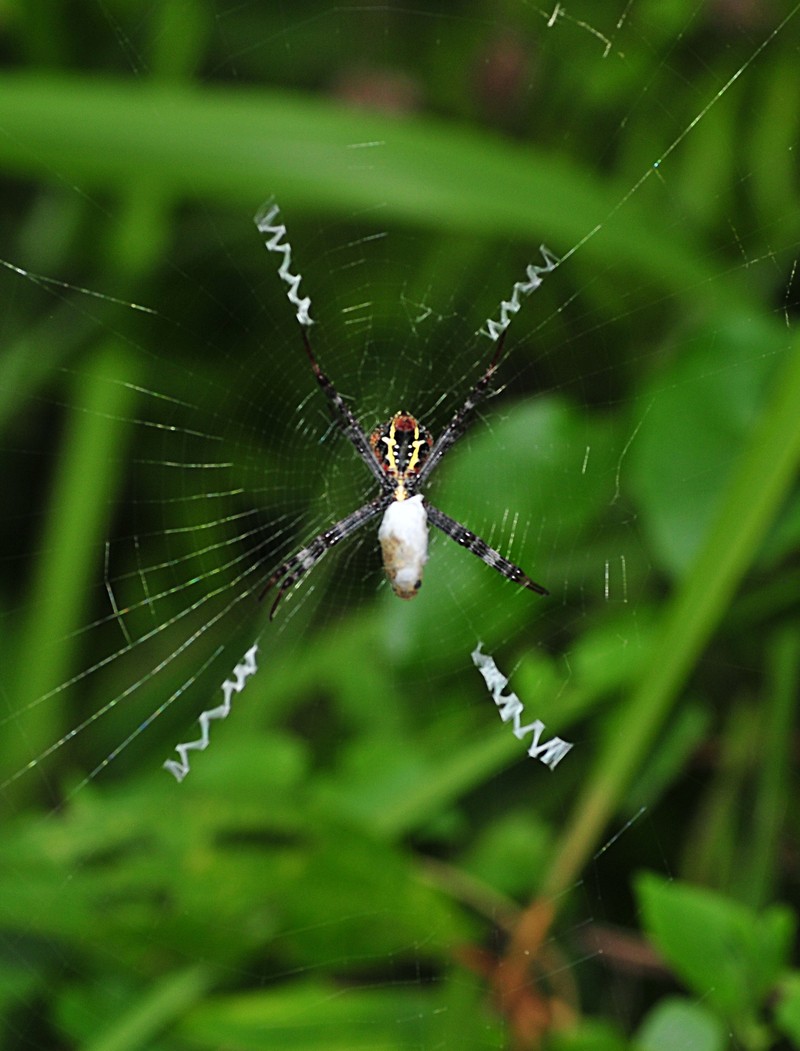 I spooked her and she dropped to the ground 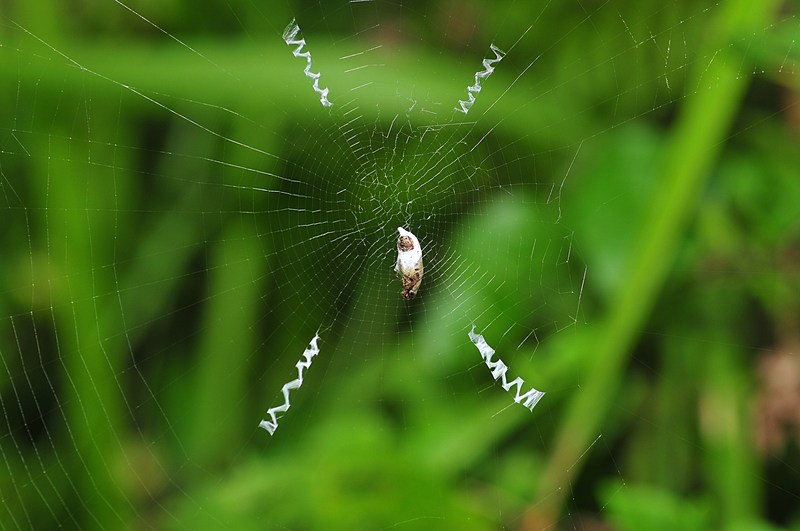 But I found her 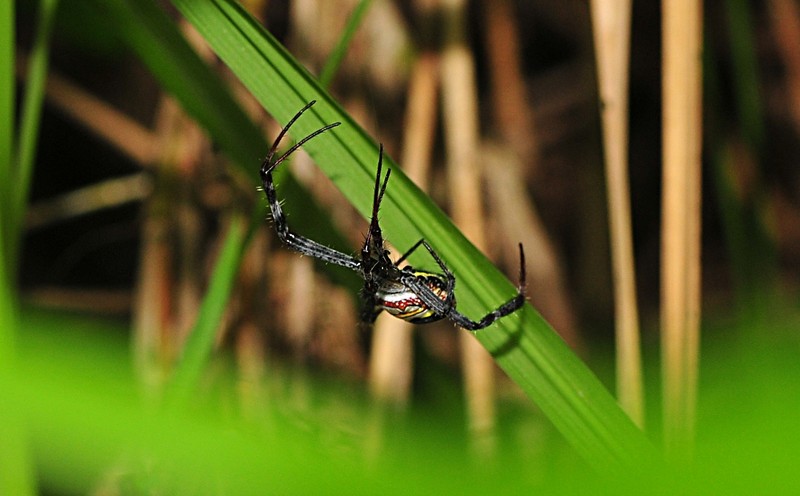 And later she returned 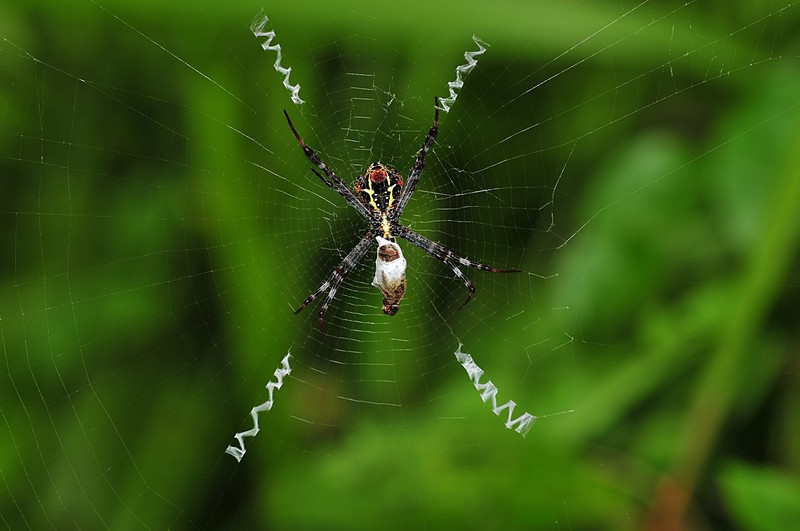 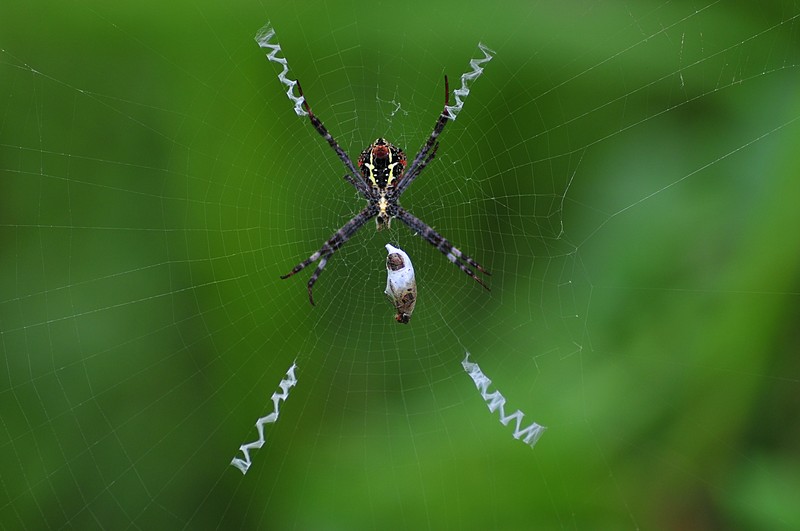 And retreated a bit 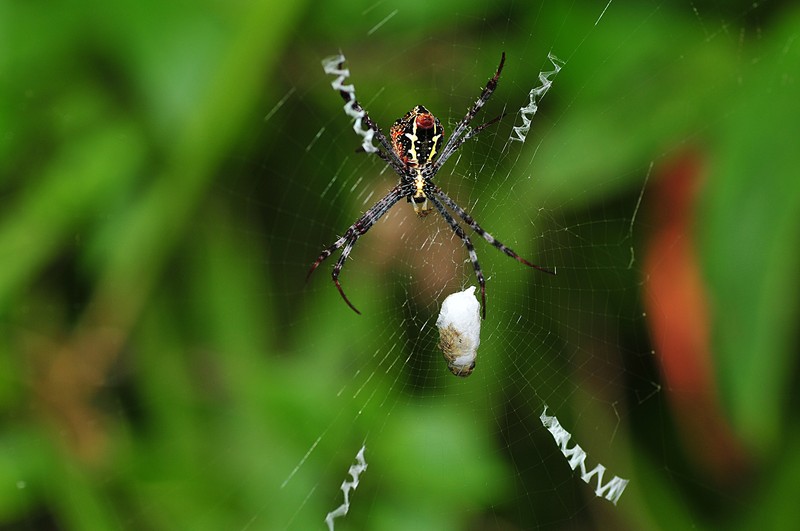 Then she retreated to the top of her web 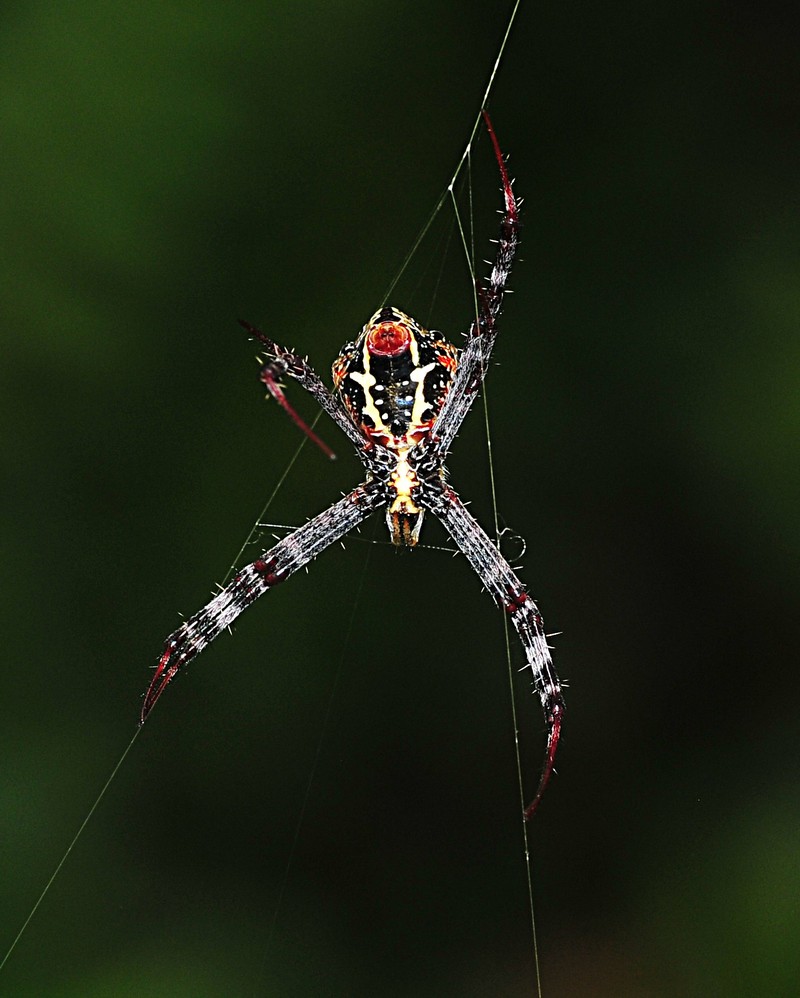 With two legs curled in front of her 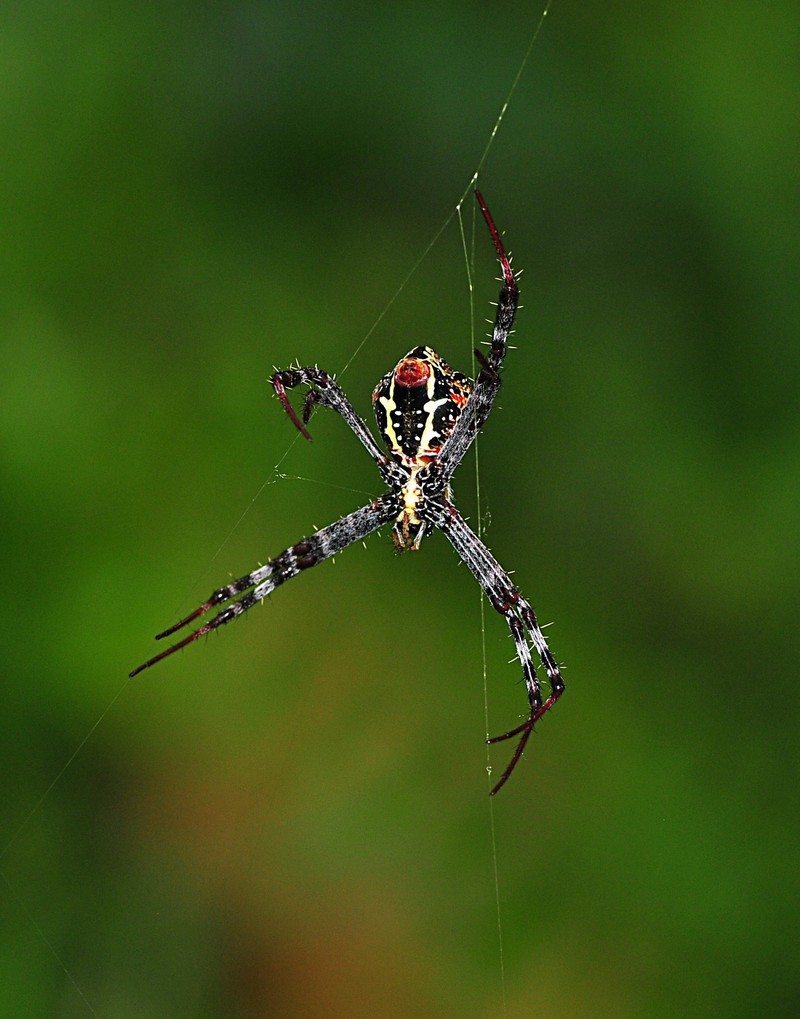 Then she returned again to dinner 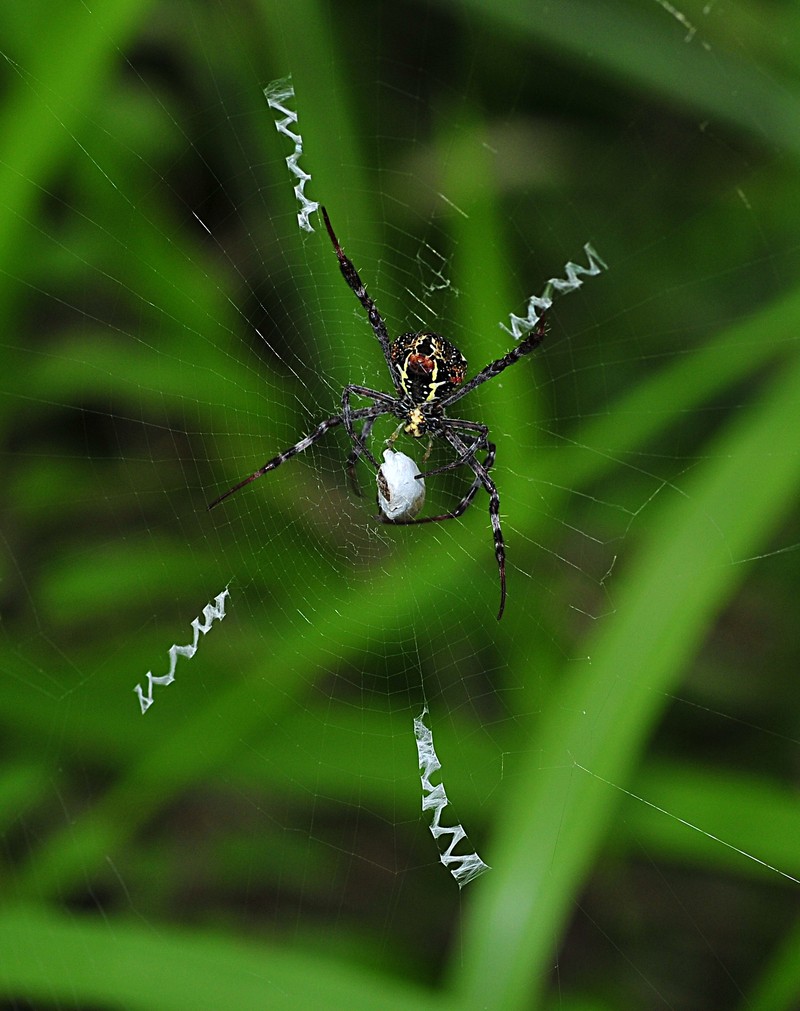 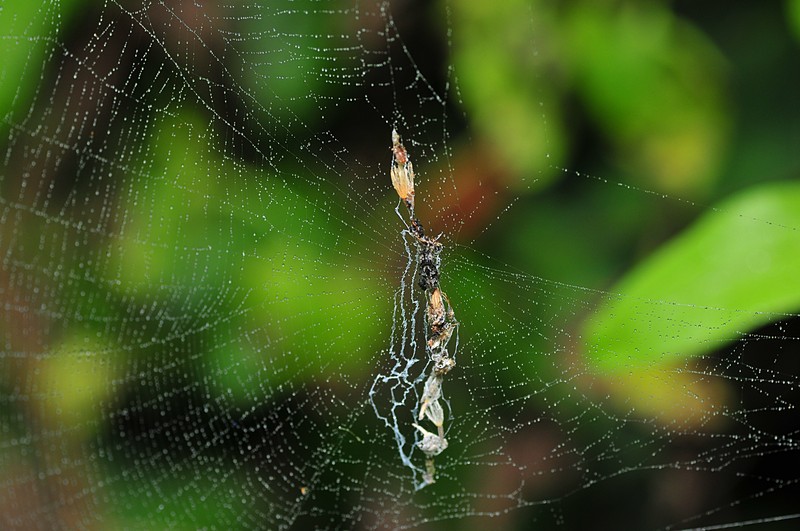